BBC fans watched a couple of months ago as Kat Slater (played by Jessie Wallace) made a speedy exit from EastEnders asking Kush Kazemi (Davood Ghadami) to take care of Tommy Moon (Ralfie White) whilst she was gone. However, tonight Jean Slater’s (played by Gillian Wright) behaviour became more erratic and when Kush realised she wasn’t taking her bipolar medicine he crushed it into her food. But, could Tommy be hospitalised after getting his hands on the pills?

Jean has had a rough couple of years on EastEnders, not only did she discover she had cancer, but her beloved Daniel Cook (Ade Edmonson) died at the beginning of this year.

When in the hospital she met Daniel, but he quickly disappeared making Jean believe he had died.

Daniel was refusing treatment for his own cancer, but when Kush spotted him at the hospital, he was forced to tell Jean the truth. 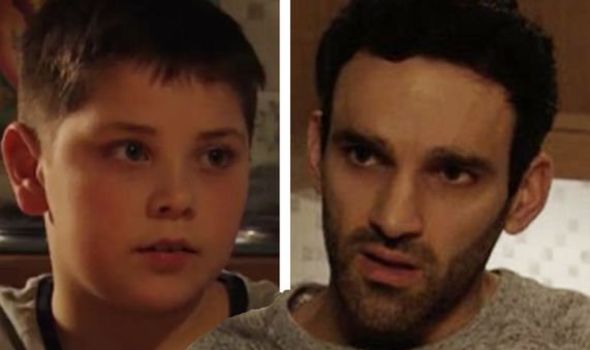 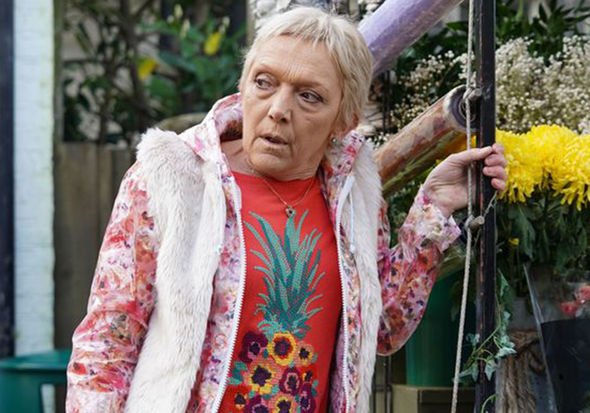 The two rekindled their relationship, but just as Jean got the all-clear a couple of months ago from the doctors, Daniel sadly died and she has been grieving the loss ever since.

However, as viewers know, Jean has always suffered from bipolar disorder and it was even handed down to her daughter Stacey.

But, in the wake of Daniel’s death and in regaining her taste for freedom, Jean has been trying to live every day to its fullest.

This, however, has seen Jean stop taking her medication and her behaviour is starting to raise alarm bells to those closest to her. 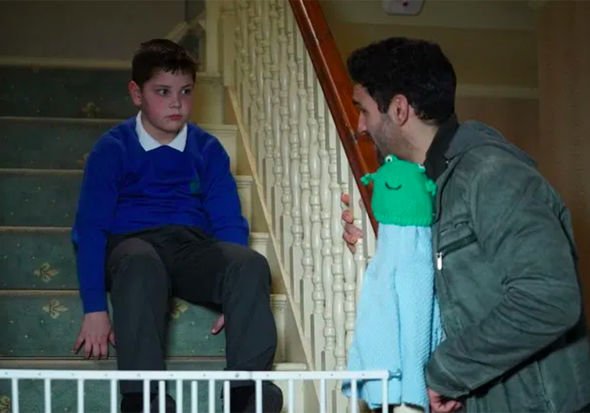 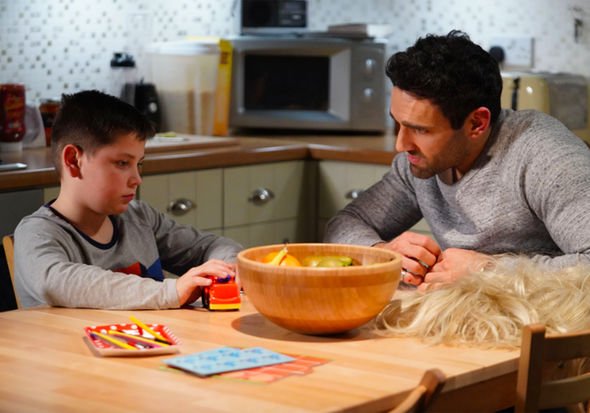 Kush has been struggling since Kat left to look after Tommy properly and after recently discovering he could be dyslexic he has been relying on Jean to help him.

However, tonight after Jean lashed out at Tommy for not taking their Easter celebration seriously she stormed out.

Jean then confronted Phil Mitchell (Steve McFadden) in the Square and said he should know what it feels like not to have his children around him.

Phil, of course, is the reason Stacey fled Albert Square last year when in a bid to save her family, she hit Phil round the head with a wrench.

Ben Mitchell (Max Bowden) at the time covered for her but nothing stays hidden in EastEnders.

Kush found her shouting at Phil and confronted her when they got home, telling her he had found her prescriptions hadn’t been collected in weeks.

Jean told Kush she wasn’t going mad, she was just happy and wanting so badly to get her life in order.

However, in a desperate move tonight, Kush went to collect all her missed prescriptions without telling her and went to make her dinner.

Mo Harris (Laila Morse) asked Kush to share the soup and he snapped at her saying it was only for Jean.

Mo stormed off to the Queen Vic and the moment her back was turned Kush scooped up the crushed tablets and quickly added them to the soup and called Jean telling her “dinner’s ready”.

However, with Tommy in the house and Kush distracted, could he have accidentally put Tommy’s life in danger without even noticing?

If Jean doesn’t eat all of her food and leaves it in the kitchen, would Kush even notice if Tommy were to help himself unaware of the strong drugs crushed inside it?

Also, what would this mean for Kush if Tommy is hospitalised because of a fatal mistake he shouldn’t have meddled in, to begin with?

Will Kush come clean when he finds out what he has done or keep it to himself?

EastEnders airs on Mondays at 7.30pm and Tuesdays at 8pm.