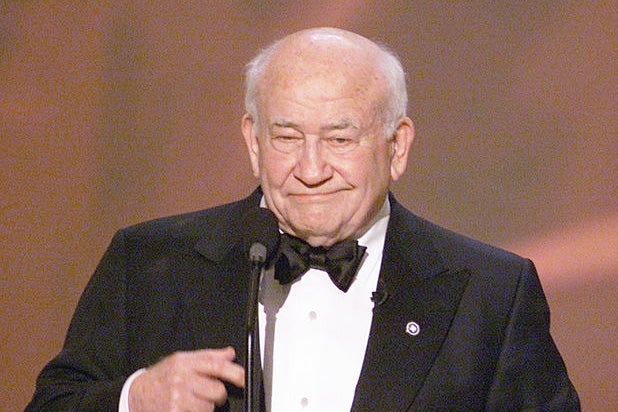 Critics of the SAG-AFTRA Health Plan’s recent changes have made good on their promise to take the plan’s trustees to court, filing a class action lawsuit accusing the trustees of violating labor laws protecting pension and health benefit plans.

The lawsuit, obtained by TheWrap, was filed on behalf of ten SAG-AFTRA members and  including Ed Asner, current national board member of SAG-AFTRA and former Screen Actors Guild president, and David Jolliffe, 2nd VP for SAG-AFTRA’s Los Angeles local, which has vocally opposed the health plan changes since they were first announced in August. The lawsuit accuses the Health Plan of violating the Employee Retirement Income Security Act (ERISA) by raising the earnings requirements for members to qualify to just under $26,000/year and removing the ability for retirees who took a pension to count residuals towards those requirements.

For those who lost their coverage because of these changes, SAG-AFTRA Health Plan has offered a healthcare marketplace through Via Benefits, but the lawsuit says that “the elimination and taking of Senior Coverage will cost many performers and their dependents and surviving spouses far more under the Via alternative.”

Health Plan CEO Michael Estrada has defended the changes as necessary to prevent the plan from going bankrupt, stating in a webinar to the guild’s national board that the plan was on pace to run out of funds by 2024 if cuts were not made. But in their four claims against the Health Plan trustees, the plaintiffs claim that the trustees violated ERISA by breaking their fiduciary duty to members by not doing their due diligence on the plan’s financial future when the current version of the SAG-AFTRA Health Plan was created through a merger of the SAG and AFTRA plans in 2017.

“The SAG Health Plan Trustees knowingly or recklessly disregarded the looming peril to the SAG Health Plan participants and unsustainability of the health benefit in the funding structure of the merged plan, in considering, approving and implementing the Health Plans Merger,” the lawsuit reads.

“The trustees blame the COVID-19 pandemic for the suddenly urgent need to impose the Benefit Cuts and drop thousands of participants from SAG-AFTRA health coverage. This blame ignores the facts and readily available measures that could have addressed such a one-time event without dramatically ending SAG-AFTRA health coverage for primarily older participants including many performers who surrendered their right to pre-1960 film residuals to start the SAG pension and health plans for all members.”

The plaintiffs also claim that the trustees violated ERISA by not telling members about the financial struggles the Plan faced during two rounds of negotiations with the Alliance of Motion Picture and Television Producers (AMPTP) on collective bargaining contracts in which studio contributions to health plans are negotiated. They also claim that the changes are a form of age discrimination, as the new rule prohibiting residuals from counting towards earnings requirements is only being imposed on retirees who have already taken their pension.

In addition to financial relief, the plaintiffs are seeking to have the Health Plan’s trustees replaced with an “independent fiduciary” who would oversee the Plan’s assets and “correct and reverse the wrongful changes” made in the plan.

Representatives for the SAG-AFTRA Health Plan did not immediately respond to requests for comment. This story will be updated with any statement.

Pamela Chelin contributed to this report.