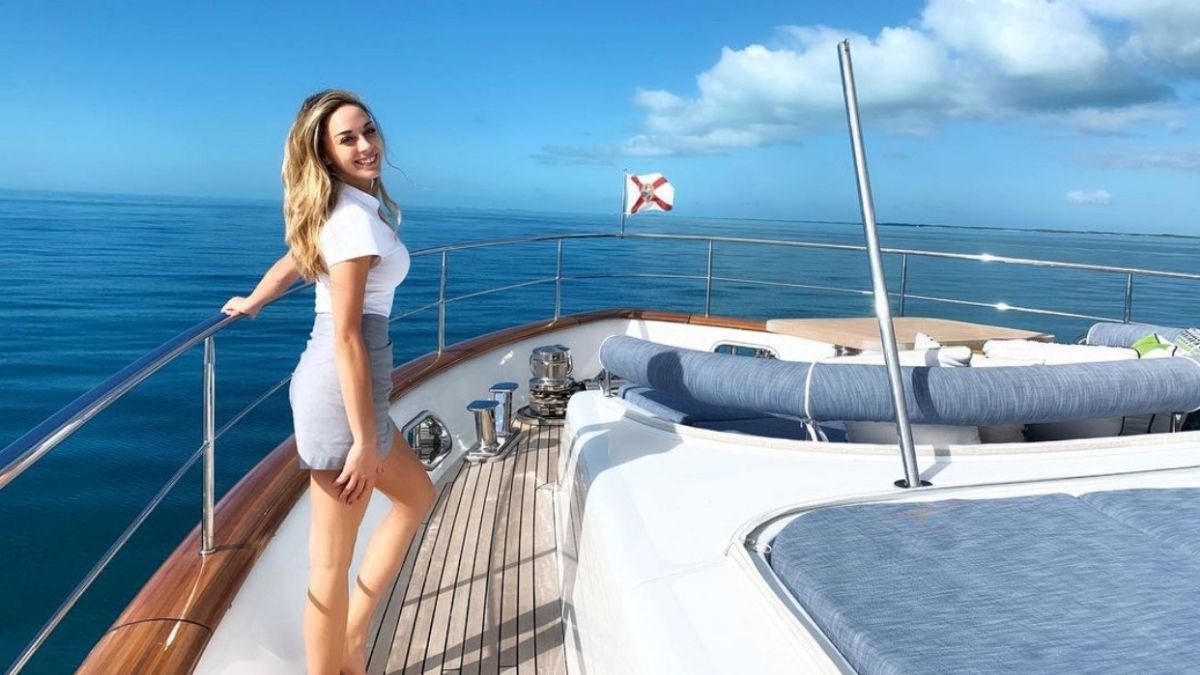 Elizabeth Frankini is the newest stewardess onboard My Seanna and she’s now a new reality TV star as well.

So far, the new Below Deck cast member has been channeling her zen while trying to deal will all the madness onboard the luxury yacht.

But, it won’t always be smooth sailing for Elizabeth as the season continues to play out.

Nothing is really off-limits, as cameras capture every moment of the cast from sunup to sundown.

And there’s always some drama brewing either among the guests or within the cast and crew.

So far this season, the drama has really been with the guests, but there’s a lot more to come and chances are good that we’ll see some intense moments with the cast.

Now, Elizabeth has confessed to feeling nervous about what will be shown on future episodes of Below Deck.

Elizabeth is nervous and excited

During a recent chat on Behind the Velvet Rope with David Yontef, the stewardess dished about her freshman year on the popular Bravo series.

When asked if she was feeling nervous about fans seeing more of her on Below Deck, she responded, “I will admit, I’m super excited, but nervous.”

Elizabeth explained the reason for her feelings saying, “I just don’t know how certain things are gonna look because my experience was my experience. I know what I experienced and I just really [hope] that the truth comes out.”

“I hope that it’s truthful. I hope that everything comes out the way I experienced it. And so like, I guess what would be making me feel nervous,” added the My Seanna stew.

The season will get more ‘interesting’

As the interview continued, the Long Island native continued to delve into the new season, sharing that it will get more “interesting” as time goes on.

While trying not to give anything away, Elizabeth said, “I think people are going to be surprised at how dynamics change and I mean, that always kind of happens I guess, but like, it really does.”

Unfortunately, she didn’t delve much deeper into what exactly will happen to change the dynamics on the yacht.

However, it may very well have to do with personality clashes among the crew members.

Let’s be honest, living in close quarters with a bunch of strangers for several weeks is not an easy feat.

Add a bunch of cameras following their every move into the mix and it’s safe to imagine that these reality TV newbies will start feeling the pressure, and some might explode.

As for Elizabeth, she’s been pretty calm and composed so far, but we’ll have to watch and see if the new stewardess can maintain her zen all season.

Below Deck airs Mondays at 9/8c on Bravo.