Emmerdale viewers have seen Jamie Tate (played by Alexander Lincoln) caught up in a love-triangle in recent months as he has become closer with Belle Dingle (Eden Taylor-Draper) despite trying to fix his marriage with estranged wife Andrea (Anna Nightingale). However, as Andrea is now in the know about their affair, will she end up teaming up with an unlikely source – in the form of Kim Tate (Claire King) – to bring the pair down?

Jamie was left heartbroken over the festive season when it emerged his wife Andrea’s one-night stand with Graham Foster (Andrew Scarborough) was exposed.

Andrea desperately tried to put things right but Jamie told her their marriage was over and he soon found comfort elsewhere.

Jamie became close with his then colleague, Belle, with the pair sleeping together on the night of Graham’s murder.

However, Jamie later decided to have a go at repairing his marriage with Andrea and it looked like things with Belle were over. 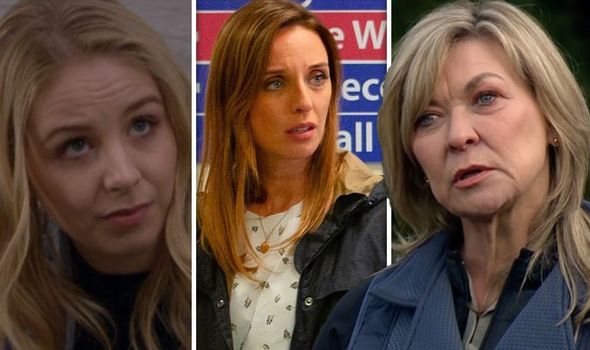 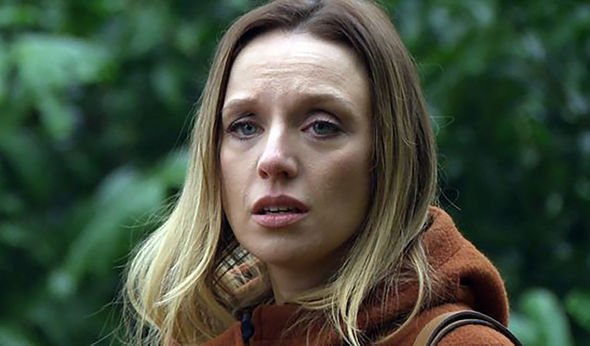 He later realised his feelings for Belle weren’t going anywhere and the pair continued their romance in secret but were recently caught in the act by Andrea.

Andrea was left devastated to realise what Jamie had been up to behind her back but has, so far, remained silent on what she knows.

Earlier this month, Andrea decided to put her revenge plan into action and delighted in making Belle and Jamie feel uncomfortable in The Woolpack by informing her husband she was booking them a holiday.

In upcoming scenes, the pair will return from their week away but has she lost Jamie for good? 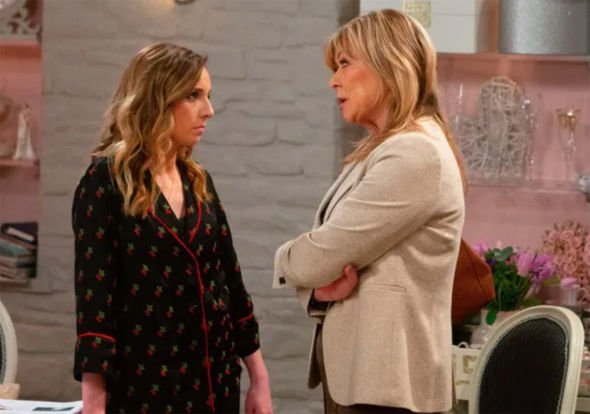 Anna Nightingale, who plays Andrea, spoke out about how her character will fear her marriage is over after she discovers Jamie’s latest betrayal but as she looks for new allies, could she find an unlikely one in his mum – Kim?

Speaking out on the trip away, Anna explained: “To her, they’ve been in a bubble and the holiday is her chance to remind him of what they have, what he’ll lose.

They’ve been together away from Belle and at this point in time she is quite confident it has worked to her favour.”

However, this confidence doesn’t last long after she finds out Jamie’s planning a trip of his own away with his secret lover.

Anna added: “Jamie has become more and more distant since their return from the holiday and deep down she knows things aren’t right.

“She becomes suspicious of his behaviour and starts looking at what he’s doing.

As Andrea delves into what her other half is up to, she will be upset by what she finds, with Anna saying: “On the laptop, she sees a hotel booking for him and Belle on a night he’s already told her he has work commitments.

“She’s devastated and she’s at a loss of what to do. She goes back and forth with how she should react but she’s adamant she’s still not giving up,” she confirmed.

As Andrea looks to get revenge, it looks as though she could she enlist the help of Jamie’s villainous mother Kim as her attitude becomes more ruthless.

Anna said: “Andrea has had to fight for her survival since arriving in the village, she’s never given up easily. She’s taken on Kim on a few occasions and lost so she won’t go after without good reason.

“She would have to be sure she had the upper hand. I don’t think she’s naturally ruthless in her nature but the situation with Jamie and Belle could change how she behaves moving forward.”

However, could the upcoming episodes see them work together rather than pitted as opponents?

Kim wants the best for her son and believes Andrea is better for him than Belle, could this force her to intervene and team up with her daughter-in-law?

Emmerdale airs Mondays, Wednesdays and Fridays at 7pm on ITV.