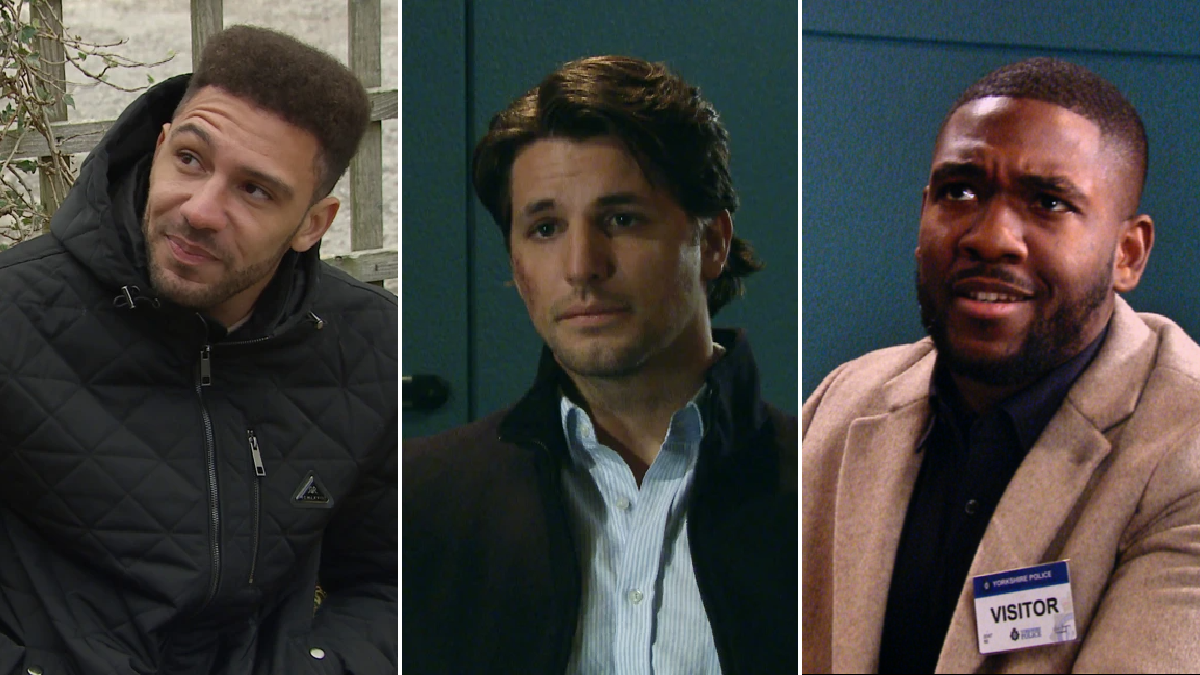 There’s terror for Ethan Anderson (Emile John) in upcoming episodes of Emmerdale when the vicious racist who beat up Billy (Jay Kontzle) turns on his lawyer as Ethan tries to withdraw from the case.

As Emile John explains, when Ethan decides to pull out of representing Jordan (Jack Parr) he’s nervous of what reaction he’s going to get. ‘By this point he kind of gauges Jordan’s temperament and I think he knows that Jordan could go off at any moment so he’s sort of timid and treads on eggshells around him,’ he says. ‘When he does eventually tell him that he’s pulling out it takes a lot for him to actually do that and there’s a sense of dread as to what could happen. He’s aware of what’s happened to Billy so he knows he could face that same fate.’

It’s all the more terrifying for Ethan because, as Emile says, ‘He’s a person who mingles in quite nice company, I think. He isn’t accustomed to being so close to violence. I think he is scared. He’s heard of violent cases and stuff like that but to actually be personally involved and be threatened, it is scary.’

As Ethan breaks the news, he gets the reaction that he was dreading, but Emile says it still comes as a shock. ‘Jordan does get violent,’ Emile confirms. ‘Up to now Jordan has presented himself as an amicable person. Up until now he doesn’t seem like someone that can fly off the handle.’ Like the attack on Billy, Jordan’s attack on Ethan ‘is completely unprovoked and came completely from left field.’

Emile feels that the lasting damage to Ethan will be psychological. ‘Ethan is attacked by Jordan and just has to cope with that emotionally,’ he says. ‘I think there’s a lot of trauma attached to that and especially having to do with being black, this is going to leave quite a mark on Ethan.’

Looking to the future he says, ‘I don’t think he’ll be throwing himself into any old case. Your career isn’t the be-all and end-all.’