“The way I’ve kind of been describing it is like if a Zoom reading drank like 20 Red Bulls and then exploded onto the screen,” director Lucy Moss told BuzzFeed 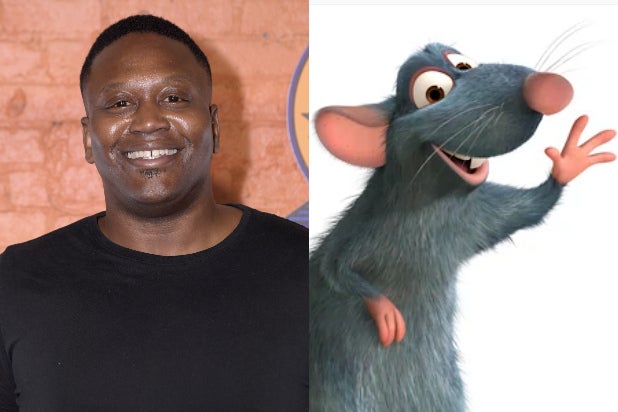 The new year started off by showing that there was at least something good that came out of 2020: A musical rendition of the 2007 Pixar film “Ratatouille.”

On Jan. 1, the benefit virtual concert based on the beloved animated film debuted with Tituss Burgess taking over the lead role as Remy, a rat with big dreams. It has raised $1 million (and counting) for the Actor’s Fund and is available to stream on demand until Monday night.

“The way I’ve kind of been describing it is like if a Zoom reading drank like 20 Red Bulls and then exploded onto the screen,” director Lucy Moss told BuzzFeed News.

What is noteworthy about “Ratatouille the Musical” is that it was based on a play that never existed, but rather a viral sensation that organically sprang up last fall on TikTok. In October, with Broadway theaters having been shuttered for months, a group of TikTok users started posting 60-second videos that featured songs, set designs and other musical elements based on the film, which centered on a rat named Remy who teaches a lowly kitchen worker how to cook so the both of them can become world renowned chefs.

The videos, which were done without any kind of coordination, became an internet sensation and attracted more than 200 million viewers last fall. According to BuzzFeed, Seaview Productions contacted New York City-based composer Daniel Mertzlufft, one of the people responsible for turning what was then a random TikTok video posted by elementary school teacher Emily Jacobson into a viral hit.

Mertzluff told BuzzFeed Disney Theatrical Group wanted to do a musical benefit concert on New Year’s Day and base it off the viral TikToks. They had less than a month to turn it around.

The performers appear in splitscreens that are similar of TikTok’s duet feature — it was pre-taped, mostly from actors’ homes and includes the original TikTok users whose songs were included.

Since its debut on Jan. 1 at 4 p.m. PT, the musical has sold more than 160,000 tickets (equal to about 100 sold-out performances if it was in a large venue on Broadway), which could be anywhere between $5 and $100 and has garnered more than $1 million to support the Actor’s Fund. It streams on TodayTix.com.

“I am thrilled that we’ve begun the New Year with this seismic event that is clearly providing so much joy. Our gratitude goes to the producers, creators, performers and everyone in the TikTok community who came together so quickly to make it all happen so wonderfully,” said Joseph P. Benincasa, the President & CEO of The Actors Fund.