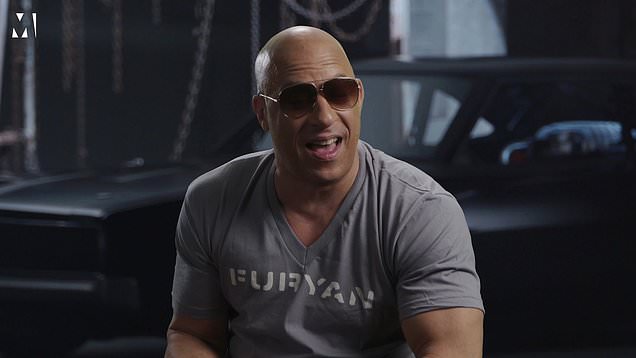 Vin Diesel has teased a ‘spectacular’ follow up to Fast and Furious 9, and we’re absolutely ready for it.

After a lengthy string of delays, F9 has finally made it into cinemas, and was released this week.

The ninth instalment of the action franchise has blown its predecessors out of the water when it comes to stunts, and has been widely praised by fans and critics alike.

Chatting to Metro.co.uk about where they could possibly take us in Fast and Furious 10, the 53-year-old revealed the star-studded cast and director Justin Lin are already hard at work on it.

The actor, who plays Dominic Toretto, told us: ‘We’ve been working on 10 for the last year, so I have so much to share and I’m holding back.

‘I know that one of the things Justin wants to do is to film on all seven continents, which I think is pretty spectacular, as a homage to the world that’s adopted this saga as their own.

‘I think you’re going to be pretty shocked when you see Fast 10.

‘It might not necessarily be because of a certain place that we go, but there’s something special coming that I’m so excited about. I can’t tell you, but I wish I could.’

Vin previously announced that we have two more films to go before the Fast and Furious saga is officially closed, with the movies potentially being released in 2023 and 2024 respectively.

F9 is serving as the first film of the ‘final chapter’ in the franchise, which has seen the cast travel around the globe – and even to outer space – on their thrilling adventures.

When asked about the future of the blockbusters, he vowed: ‘Every story deserves its own ending.

‘I know people are going to feel like it doesn’t have to end, but I think all good things should.

‘There are reasons for a finale. I think this franchise has deserved it.’

If you need us, we’ll be watching all nine films on a continuous loop until F10 drops.

Fast and Furious 9 is in cinemas now.