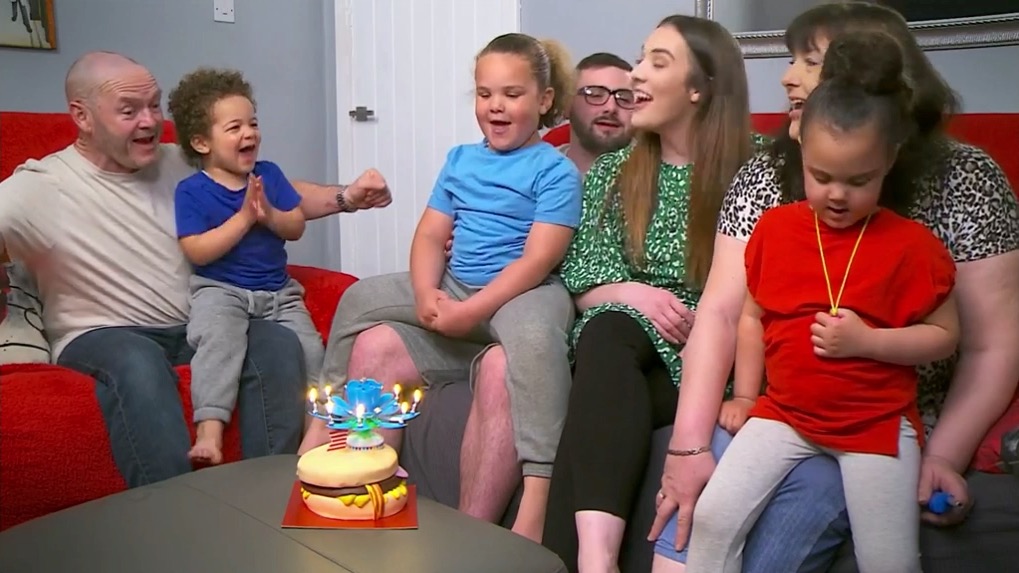 The Malone family’s grandchildren made an adorable appearance on Gogglebox in celebration of Tom Malone Sr’s birthday.

On Monday April 19, Tom Sr celebrated his birthday, with his son Tom Malone Jr – who recently left the Channel 4 show – marking the occasion with a sweet Instagram post.

On the latest episode of Channel 4, Tom Sr was joined by his daughter Vanessa, son Shaun, wife Julie and their grandchildren as his loved ones sang him happy birthday.

The kids then helped him blow out the candles on his cake – and Gogglebox fans were absolutely loving the cute interaction.

‘The Malones grandchildren are seriously cute! What a lovely family,’ one person tweeted.

‘The Malones grandkids have got so big,’ someone else wrote, with a shocked-face emoji.

Vanessa, who works for the NHS as a critical care nurse, has three children, named Saoirse, Brogan and Harley.

She made her debut on Gogglebox in March, shocking viewers by her surprise appearance.

In February this year, Tom Jr announced that he was leaving the show just before the series was due to return for its 17th season.

The professional dancer said that while he ‘loved every minute’ of his time on the programme for six and a half years, ‘new opportunities are knocking on the door and it’s time to explore them’.

In a post shared on social media, he wrote: ‘Yep my Dad used to have hair,’ next to some cry-laughing emojis, before adding: ‘That tash though.’

Gogglebox returns next Friday at 9pm on Channel 4.

If you’ve got a celebrity story, video or pictures get in touch with the Metro.co.uk entertainment team by emailing us [email protected]etro.co.uk, calling 020 3615 2145 or by visiting our Submit Stuff page – we’d love to hear from you.