A DREAM beach wedding became a nightmare when it was “gatecrashed” by chef Gordon Ramsay.

The couple say filming ruined pictures and their £50 a head meal was “cheap and nasty” as Ramsay was using the kitchen. 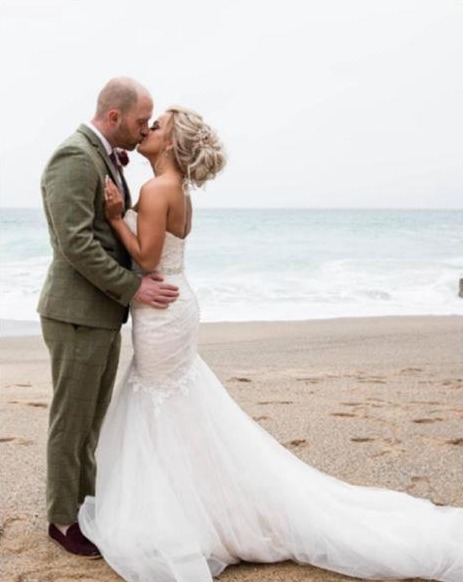 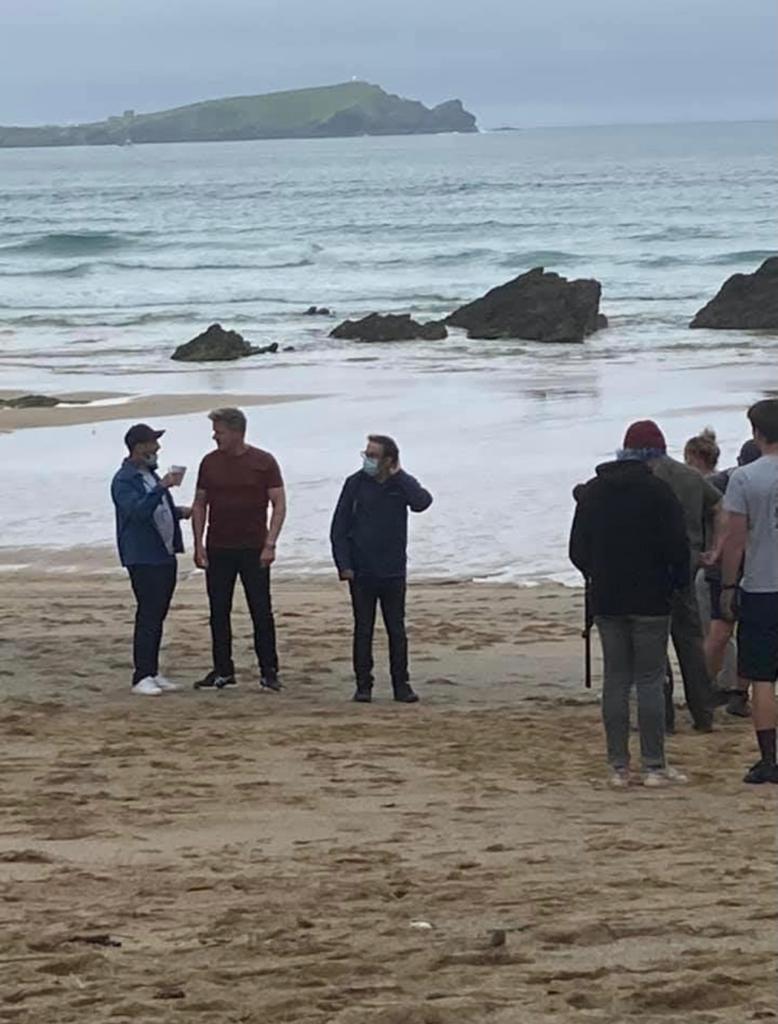 But on the day Kitchen Nightmares star Ramsay, 54, was also at Lusty Glaze beach, near Newquay, Cornwall, filming for his new show Future Food Stars.

"We had both worked so hard to save for that day and we felt like extras on a gameshow.” 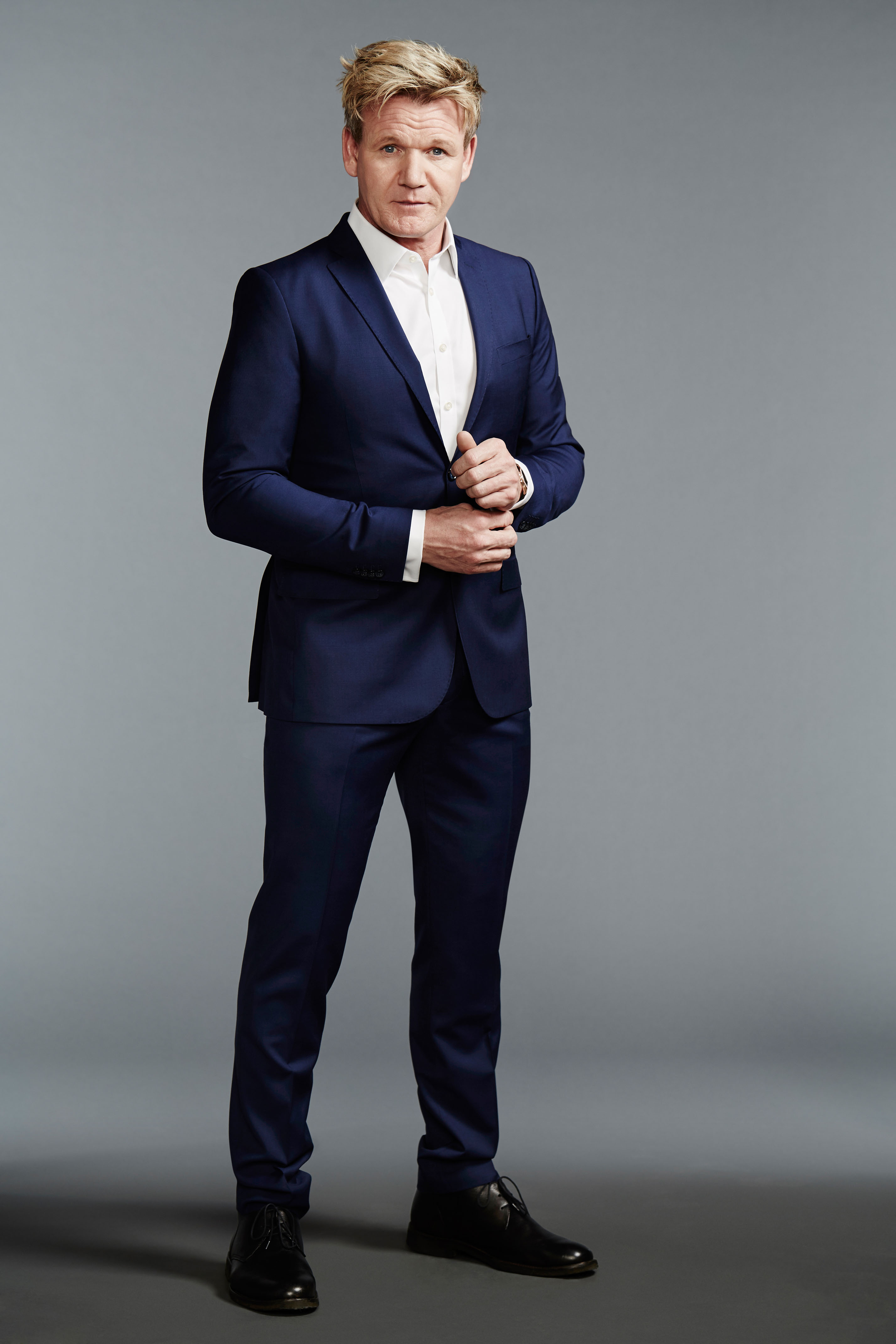 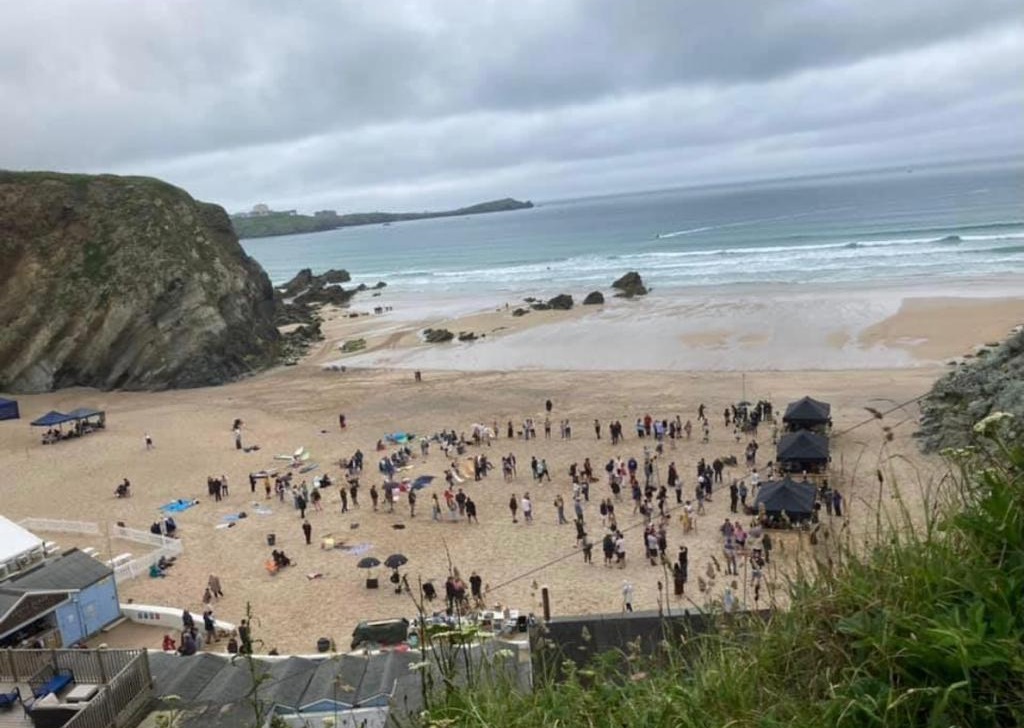 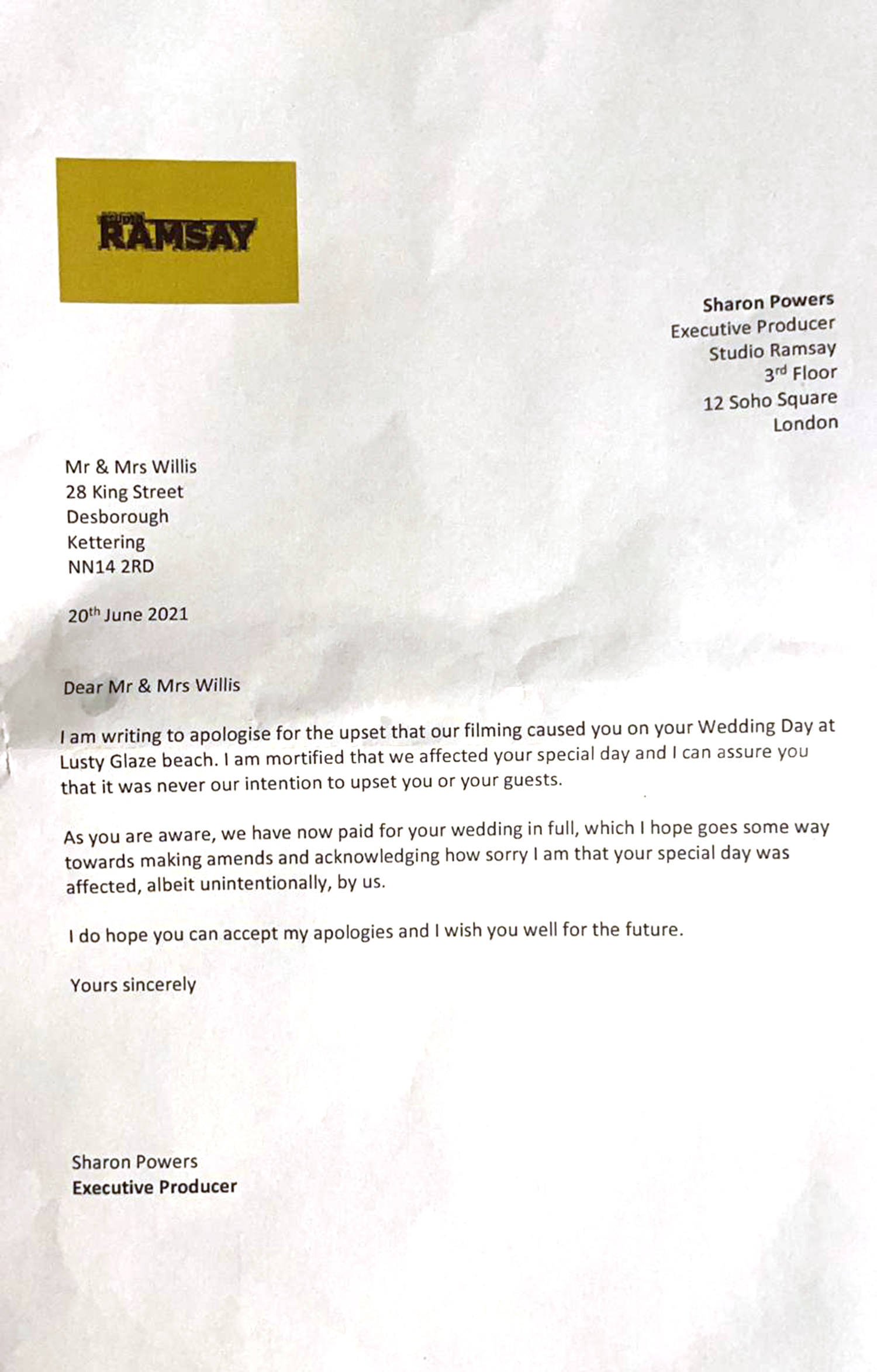 As a gesture of goodwill, Ramsay has paid back the couple’s £1,300.

In a letter to Charlie and healthcare assistant Laura, a producer for Studio Ramsay said: “I am mortified that we affected your special day.”

A spokesman for Lusty Glaze said the circumstances were “very unusual” but the wedding party had not secured exclusive use of the beach.