HOLLY Willoughby and Phillip Schofield had This Morning viewers in stitches today as they guzzled wine and ate cheese at 10am.

The presenters got stuck in to a boozy breakfast bright and early during a cooking segment with chef John Torode. 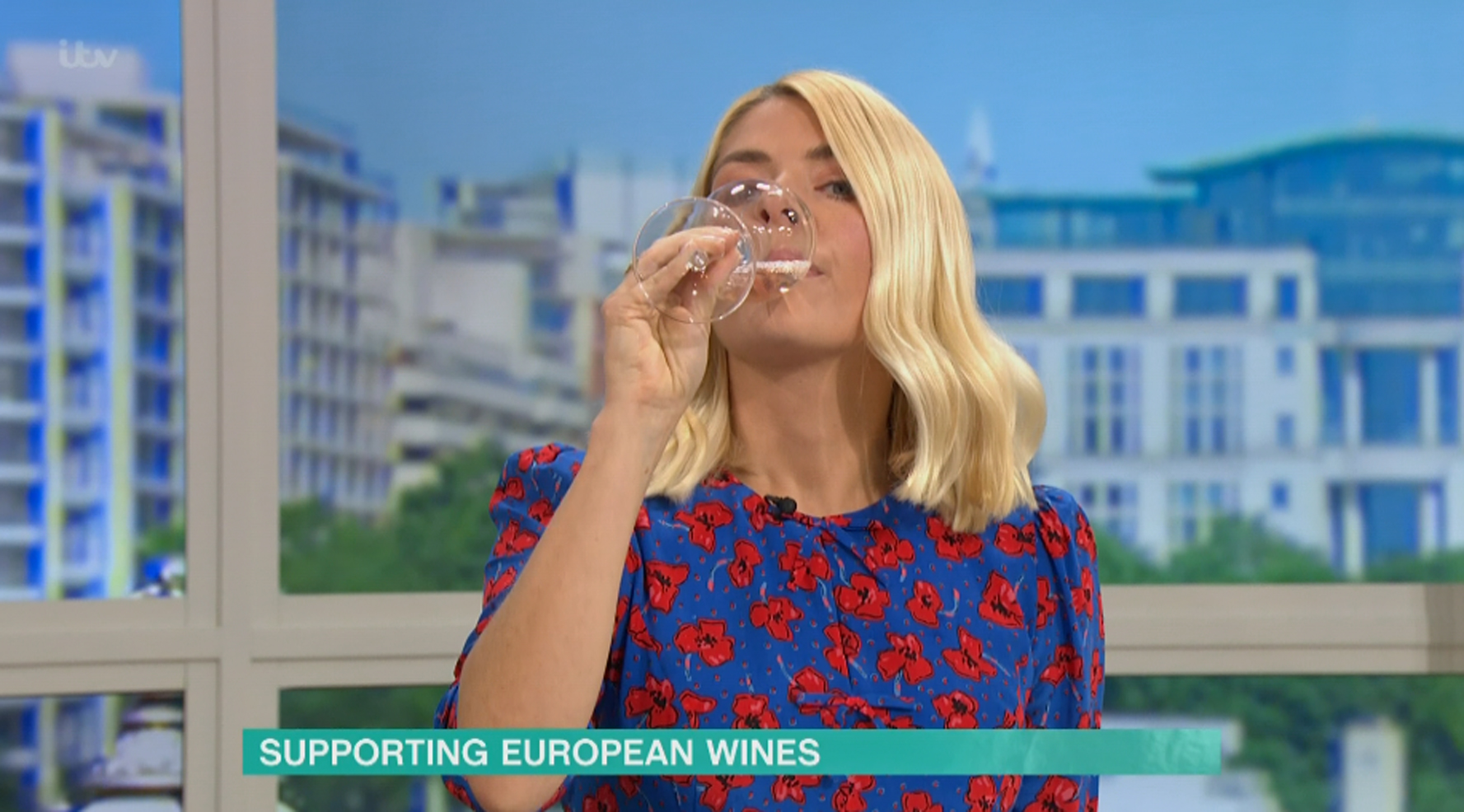 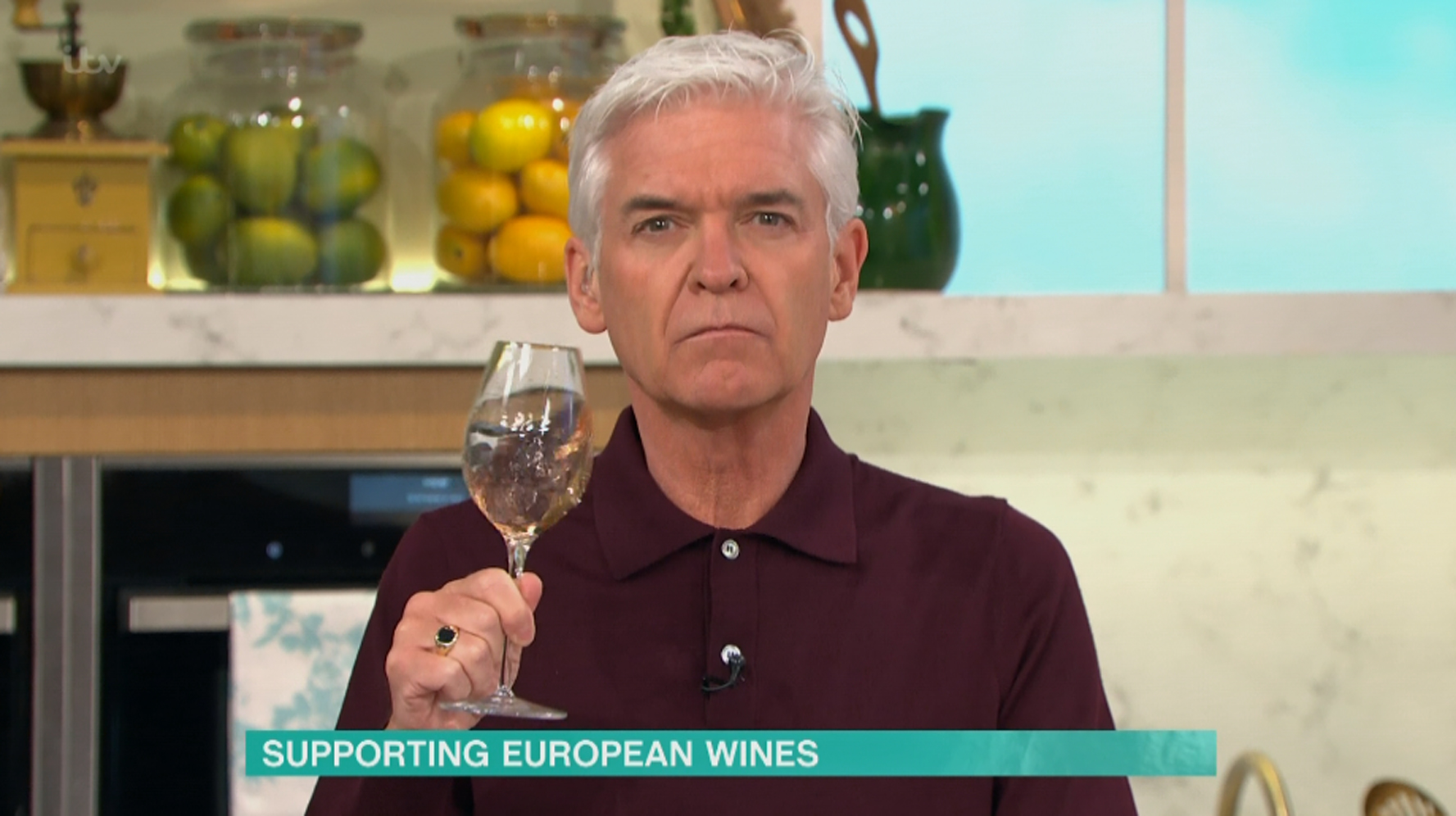 One viewer wrote on Twitter: "@thismorning Holly and Phil happy with a 10:06 food and wine binge."

A second posted: "Watching Phil and Holly drink wine on This Morning has got me in the mood for one and it’s 10:20am."

As a third said: "@hollywills @Schofe @thismorning Phil and Holly loved doing the wine, cheese and boiled eggs by 10:20."

Another posted: "@thismorning it's 10.20 and I've just watched Phil and Holly consume cheese and wine – they are living my dream." 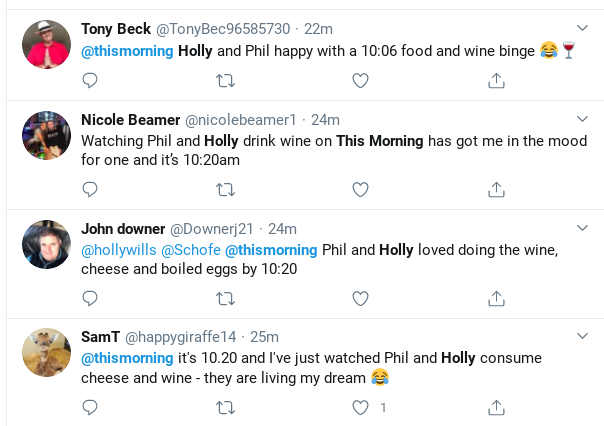 Later in the episode the pair were left shivering with Phil saying: "The person in charge of the air conditioning has been furloughed."

There was more cooking and baking as Alison Hammond did her version of Pret cookies.

Yesterday Holly was forced to apologise to viewers as Line of Duty actor Stephen Graham said "I s*** myself" during an interview.

The star was on a video call from home with Holly, Phillip and his co-star Daniel Mays in new comedy Code 404. 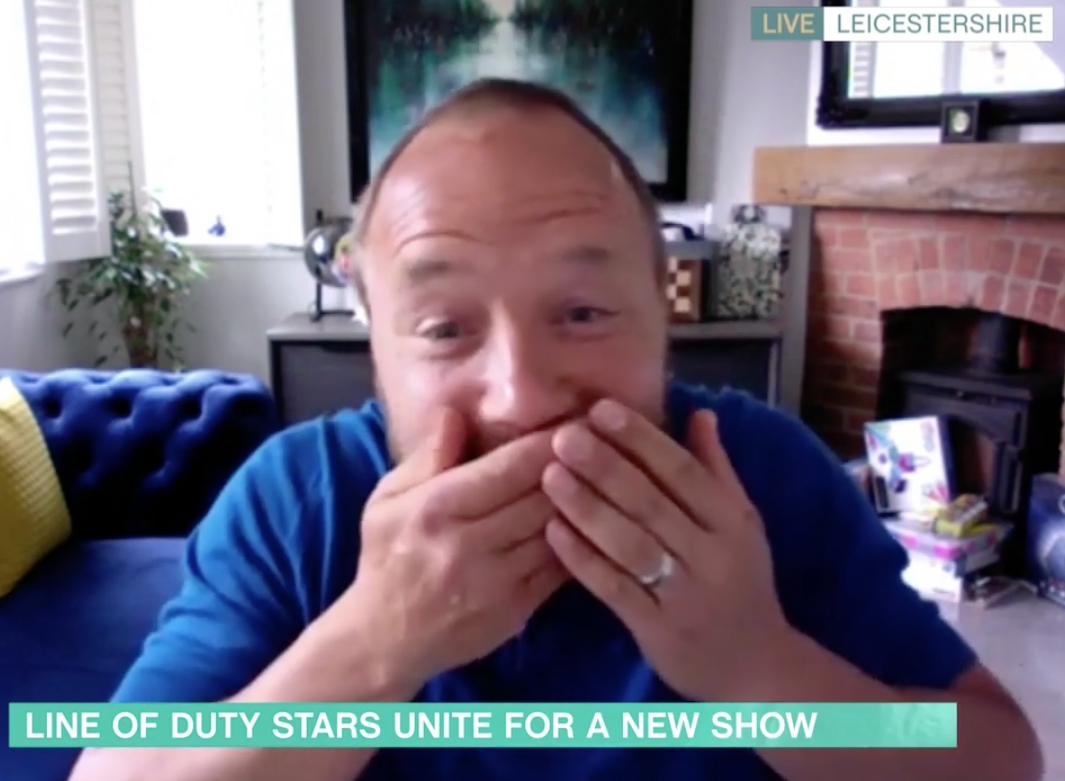 Looking totally confused, Stephen turned round to see what the host was talking about.

"Oh I s**t myself then," shouted Stephen.

Realising he had sworn on TV, he added: "Oh sorry." 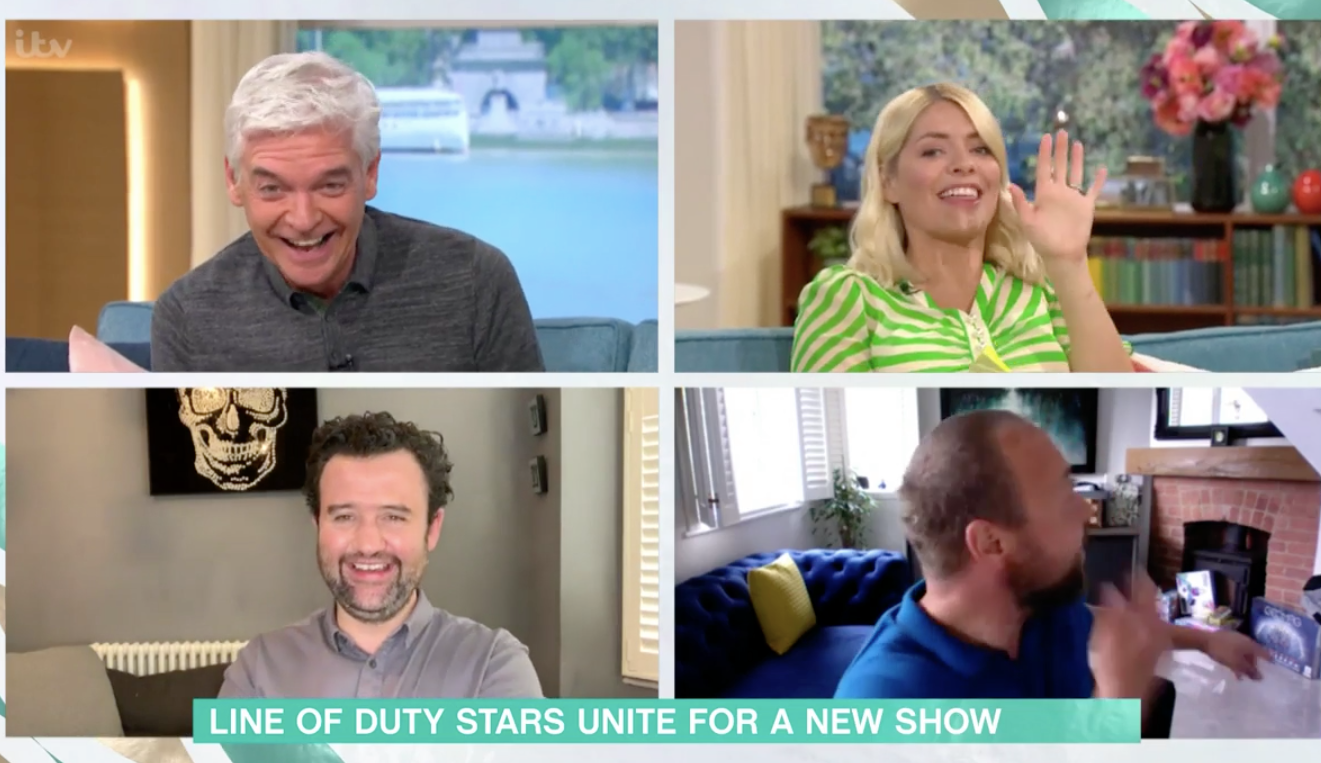 Stepping in to make a more formal apology to viewers, Holly laughed as she said: "Sorry about that."

Explaining what was in the background of his video call, Stephen said: "That's all the craft making. It's the craft corner."

Philip then made the situation worse when he announced: "I thought you said cr*p."

Stephen and Daniel were on This Morning to promote their new Sky One show Code 404.

Daniel's character, Detective Inspector John Major, is killed off within the first three minutes of the first episode when he is shot down during an undercover sting operation.

He's brought back to life by new technology – but there are some twists and turns along the way.