A BBC reporter was left shaken and on the verge of tears on air after being shown her family home had been partially destroyed during the ongoing war in Ukraine.

Reporting live on BBC World News this morning, journalist Olga Malchevska reacted to footage of her family home being shown, as BBC producers realised they were showing the actual building she had lived in.

Olga emotionally shared that she had just received a message from her mum, who she had not yet had contact with and was safe ‘hiding in the basement’ in Kyiv.

Just hours before the live report, at 3am in the morning Olga had been made aware that the building of her family home had been bombed.

‘The footage that everybody saw is literally my home,’ she said, adding that it was close to the school she went to.

She tearfully said: ‘I just can’t link in my head that what I am actually seeing is somewhere that I used to live.’

We did not know until that moment it was her actual building that had been hit. 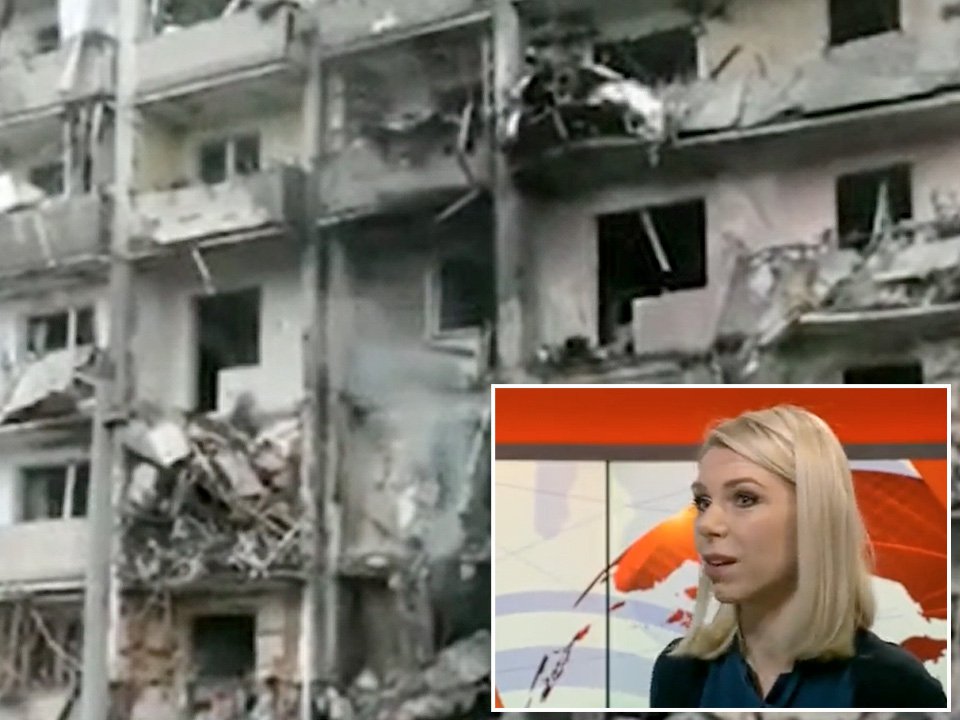 Viewers reacted to her courage and strength reporting at that difficult moment, with one writing: ‘This brings home the reality and pain of war and the palpable horror involved.

‘My heart goes out to @Yollika and her family. In this day of 24 hour news and social media, it’s easy to become a spectator and removed from the reality and destruction involved.’

Another said: ‘In those moments my heart breaks for her,’ with a third adding: ‘This is heartbreaking.’

Putin declared war against Ukraine around 5am local time on Thursday, ordering troops into the neighboring country in a three-pronged invasion from the north, east and south, appearing to target the cities of Kyiv, Kharkiv and Kherson.

Although he has claimed that Russian troops are not targeting cities, there are reports of civilian areas being hit and deaths, with missiles being shot at Kyiv in the early hours of this morning.