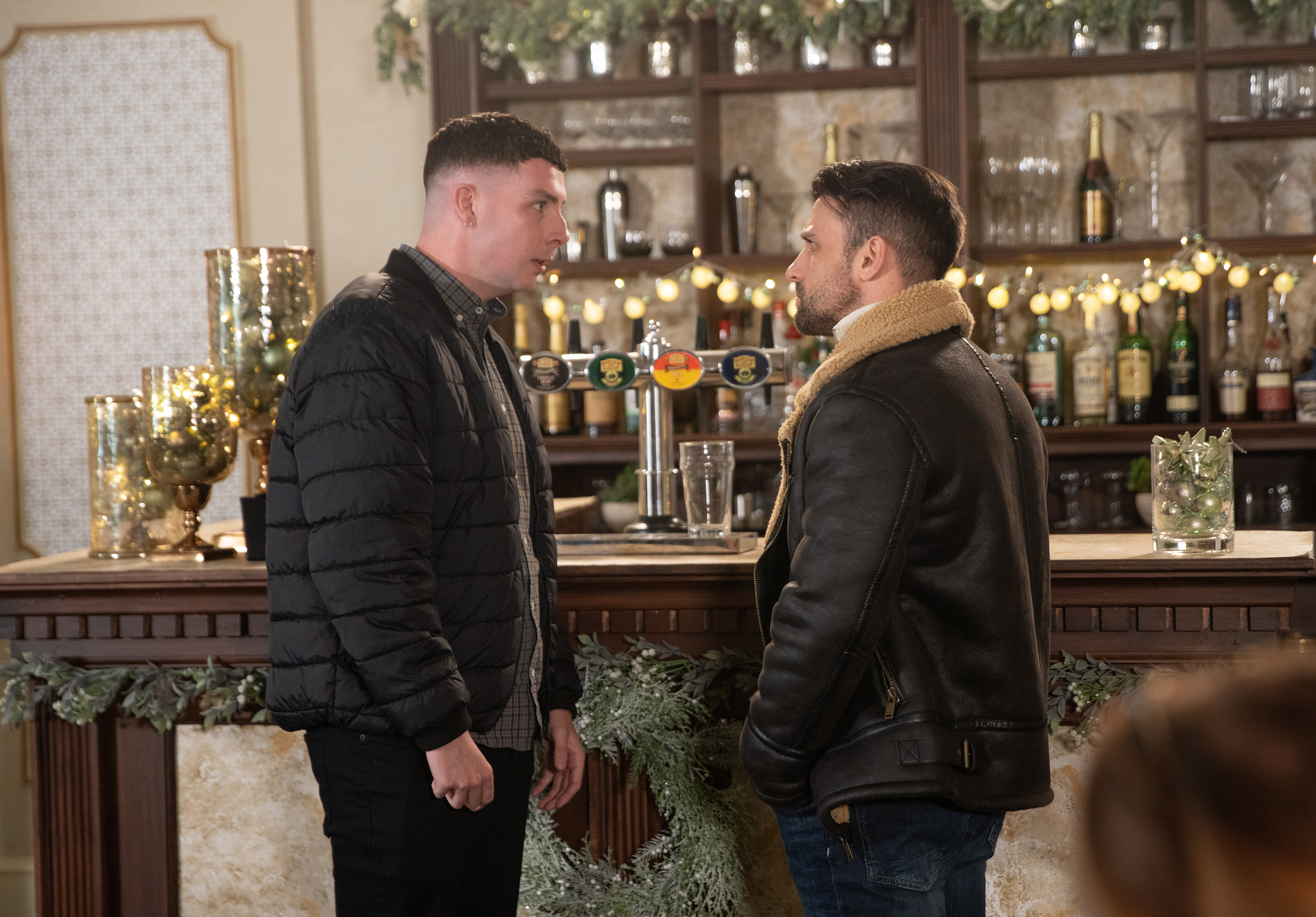 Jacob Hay (Jack James Ryan) has a lot of questions for Damon (Ciaran Griffiths) when he arrives in Coronation Street very soon.

We know that Damon is Jacob’s father and given the fact the teenager was previously in Harvey’s (Will Mellor) drug-dealing gang, we can safely assume that Damon has barely been in his son’s life.

It seems Damon wants to make an effort as Christmas Day approaches in Weatherfield. He invites Jacob for a drink but he turns him down.

As Amy (Elle Mulvaney) learns about Damon’s identity, Jacob reveals that he hasn’t herd from his dad in years and is a complete waste of space.

Under Amy’s orders, Jacob meets with his dad again, who’s angry to hear how Harvey got Jacob dealing drugs and put him in hospital.

Jacob implores his dad to leave, worried his new and comfortable life on the cobbles will be destroyed.

As Damon assures Jacob he wants to make it up to him, is that his only intention?

According to Ciaran Griffiths, no it’s not…

‘He’s definitely got an ulterior motive, he makes out that he’s back to make amends with Jacob, he slowly starts to build up his trust, but I think that will be to let him back down again’, he revealed.

‘He’s just using Jacob for his own benefit, which you get the impression he’s done for a lot of his life. Damon is just all out for what he can get for himself, but maybe down the line some guilt will start to creep in.’