James Martin joined Alison Hammond and Dermot O’Leary on This Morning earlier this week as he prepared his grilled sardines special. However, the ITV chef was left mortified when Alison admitted she wasn’t a big fan of fish due to a traumatic childhood experience. Despite the presenter’s explanation, James cheekily accused her of purposely airing his cooking segment at the end of the show.

Earlier in the show, Clodagh McKenna gave This Morning viewers an insight into her vegetable garden.

The Irish chef prepared a delicious tart using rhubarb she had picked from her garden moments earlier.

But after the VT Alison admitted to Dermot she didn’t like the fruit because she had been forced to eat rhubarb crumble at school when she was a child.

Dermot was stunned by her admission but later on, Alison opened up on another childhood-related food trauma. 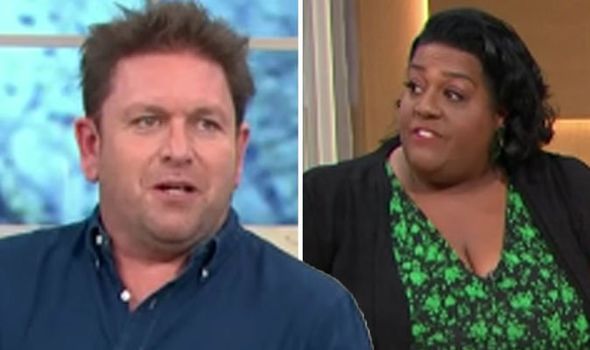 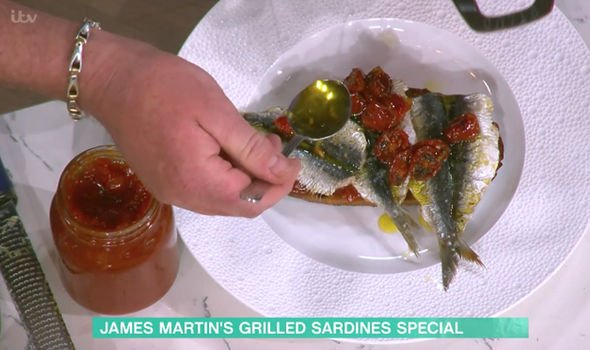 James joined the presenters in the studio and began to prepare his sardine and tomato dish.

However, Alison revealed: “When I was younger I had very bad luck and I had a fish finger with a bone it.

“Believe it or not I had a fish finger with a bone in it and from that day onwards I’ve really gone off fish.”

“This is the rhubarb story all over again,” Dermot joked.

This Morning: James Martin jokes about being on at the end 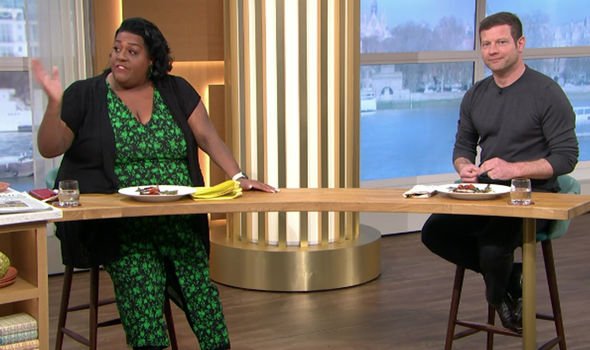 “It just terrifies me to eat fish to know that I’m one plate away from dying, do you know what I mean?” Alison asked.

“No!” Dermot exclaimed and James quipped: “Is that why you’ve stuck me on at the end of the show?”

“James, you’ve got to win over Alison,” Dermot urged the ITV chef.

Unfortunately, Alison found a bone in her dish before admitting she had to stop eating the sardines altogether.

“James I don’t know how to tell you this but Hammond’s found a bone,” Dermot remarked.

“I’ve just put it on the side,” Alison explained and James said: “It’s only a little one, it’s a fish.”

“It put me right off the meal straight away, it’s ever so weird,” she added.

“Well try the other one next to you,” the chef suggested but she replied: “I’ll have the tomato, it’s lovely.”

“Honestly, once I have a bone it’s game over =, I’m sorry,” she added and Dermot exclaimed: “Are you serious?”

“It is delicious,” Alison commented and James pointed out: “Tiny, tiny bones.”

“It just frightens me,” she explained and he urged: “Just try that sardine trust me.”

“Let me try the bread,” she remarked and her co-host scorned: “Try the sardine Alison, James hasn’t come here to feed you bread.”

This Morning airs on weekdays on ITV at 10am.