When we last saw Dave — AKA Lil Dicky — at the end of FXX’s “Dave” Season 1, he finally got a record deal and looked to be on the verge of real success – despite his own self-sabotaging tendencies. But it looks like self-sabotage might still be getting in the way of that success in the second season, as he’s is spending way too much time doing everything but recording is debut album. Including uh, spending too much time alone, if you catch our drift.

That all plays out in the trailer for “Dave” Season 2, which sees everyone in Dave’s life increasingly frustrated at his lack of follow through.

“I have a lot of other things going on, socially, professionally, borderline sexually,” Dave says. He’s also having real awkward conversations with Kareem Abdul-Jabbar about basketball during the 70s and 80s too. Watch the whole trailer above right now. 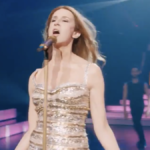