LYDIA Bright has lifted the lid on her 'magical birth' as she tucked into pie and chips, listened to her favourite film soundtrack and went without pain relief.

The former Towie star, 30, opened up about her experience of welcoming her first child Loretta into the world in February for the first time. 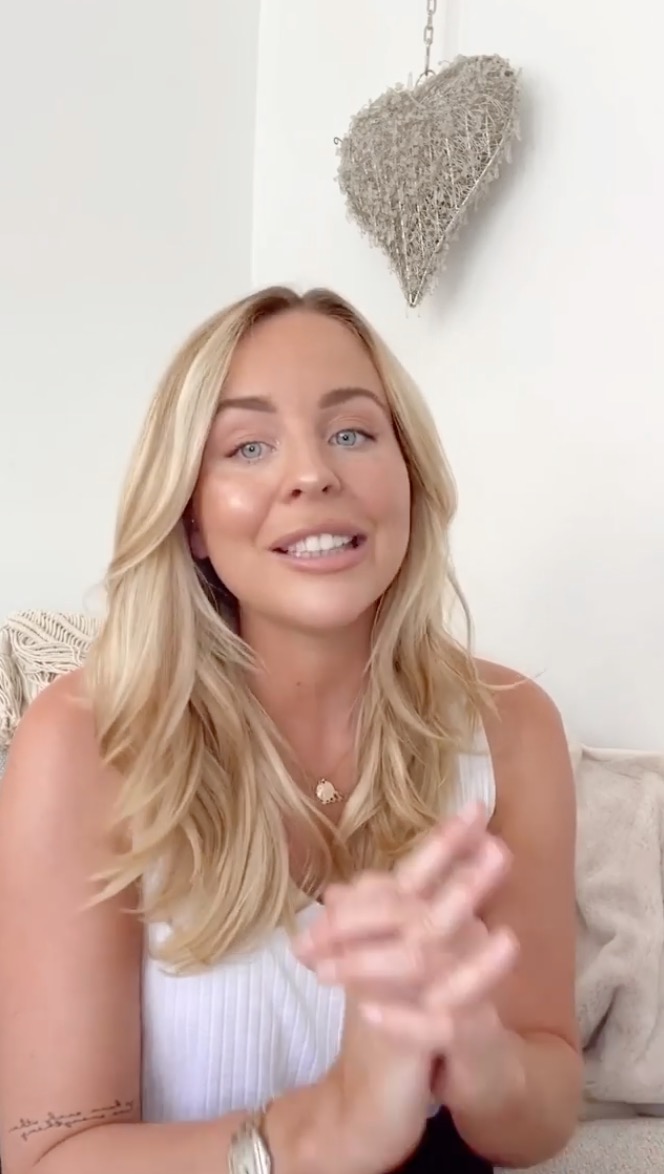 The reality favourite explained that she followed her birthing plan to a T and hypnobirthing played a massive part in it, as she talked through her labour for the promotion of wtv's new programme Special Births.

She explained: "So for me hypnobirthing was very important and to write myself a birthing plan.

"Now a lot of people want to me you'll write a birthing plan, you'll be in labour and and everything will go out of
the window, well for me it didn't.

"So I got to stick to pretty much everything I wanted to do, so I ended up having a water birth which is something that I always dreamed of, for me whenever I'm in pain during that time on the month, water always eases the pain and makes me feel a lot more relaxed so a water birth is what I wanted.

"I also wanted music playing, again to add to that calming affect, now you might laugh but I had classic music playing,  I'm not a fan of classical music, I like grime, I like Stormzy but for me I really wanted this album playing.

"I'm a massive fan of the movie The Holiday, it's my favourite movie and I love the soundtrack that plays throughout the movie, it's by a composer called Hans Zimmer, I just find it very peaceful, so I actually had the holiday soundtrack playing when I gave birth.

"I also had flickering candles, obviously you cant have normal fire candles cos of health and safety but I managed to get hold of some flickering ones so it still gave that effect of peacefulness."

The new mum also revealed that she went through it all with no pain relief because she tries to keep things as natural as possible. 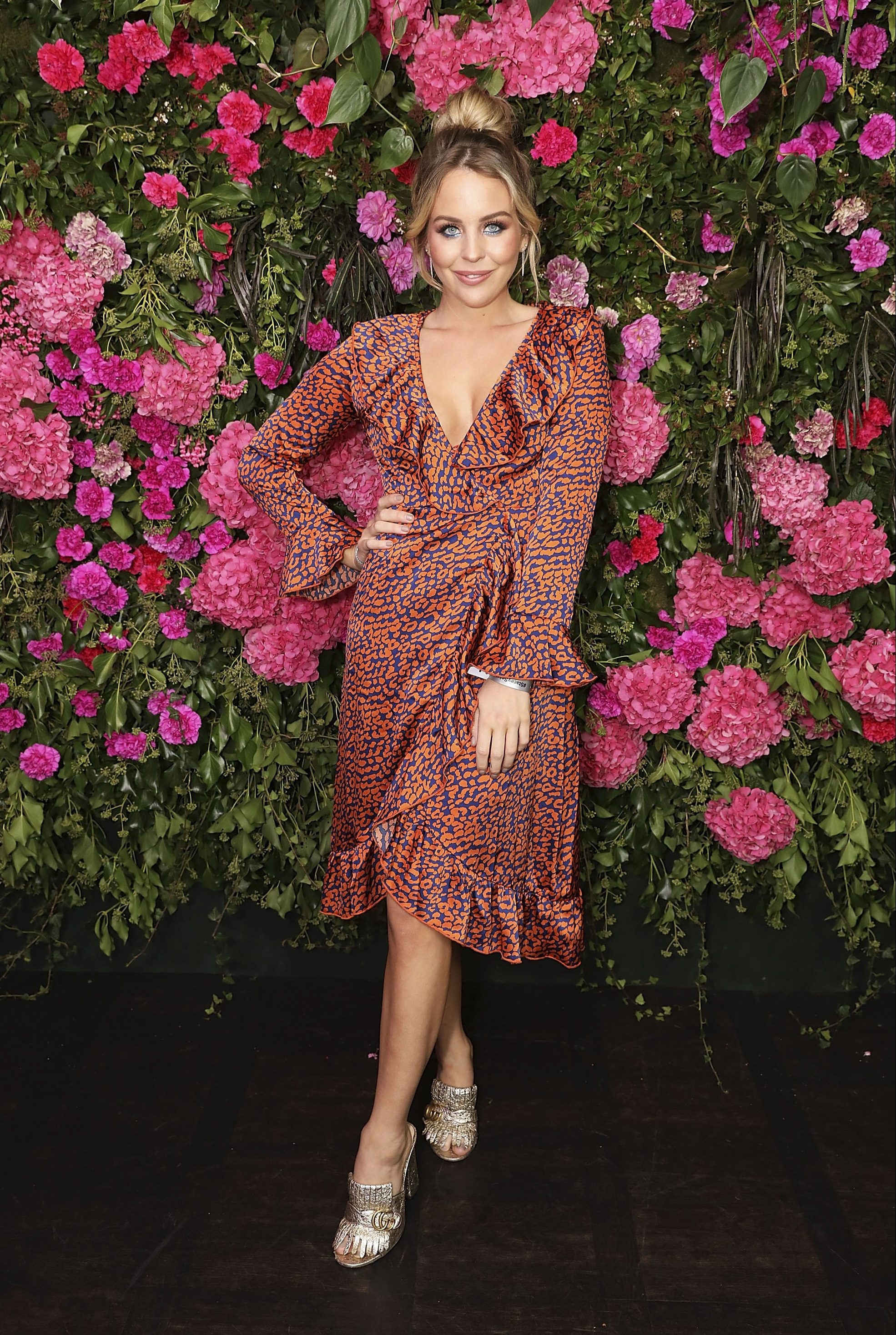 She added: "I had no pain relief and you're not any more of a hero if you don't have pain relief but for me I'm quite an anti drug person so I try to avoid taking any type of medication if I can.

"So for me I really wanted to try and stick it out and try and do it the natural way, which I managed to do."

But despite being extremely lucky with everything, Lydia couldn't predict the fact that she didn't want any of the healthy snacks she packed for herself.

Lydia said: "When I was in labour all I wanted was a Pukka pie and chips." 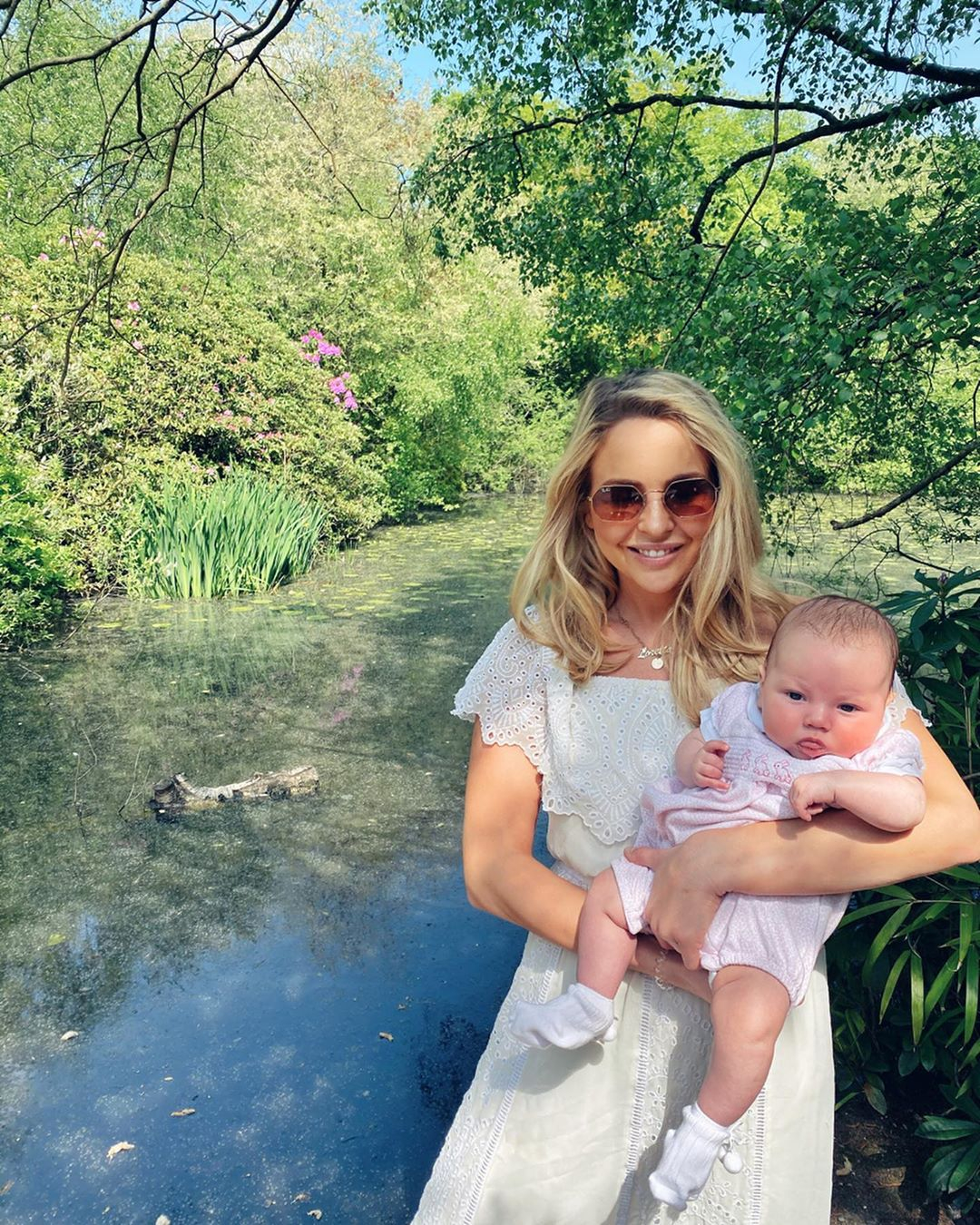 Since welcoming Loretta into the world in February, the beauty has been keeping her fans up to date with her daughter's progress.

Last week Lydia broke down in tears when her baby had a terrifying reaction to her second set of immunisation injections.

Sharing a picture of her tears with fans on Instagram, she wrote: "I was so very worried and got myself in a bit of a state in the morning.

"However after all that worry mainly due to her bad reaction after the first set my baby has been fine so far. 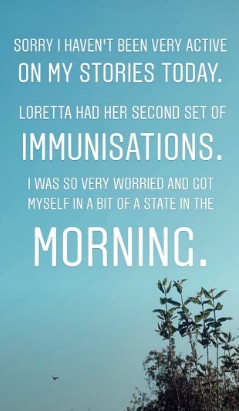 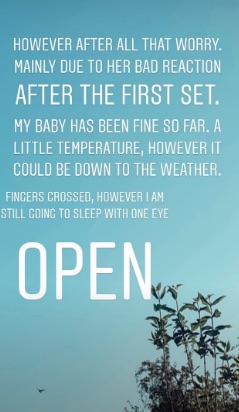 "A little temperature, however it could be down to the weather.

"Fingers crossed, however I am still going to sleep with one eye open.

Back in April when Loretta had her first lot of injections,  she feared her 'poorly' baby daughter would end up in hospital.

Lydia revealed her baby hadn't been well and she'd started to fear she would have to make a dash to hospital with her. 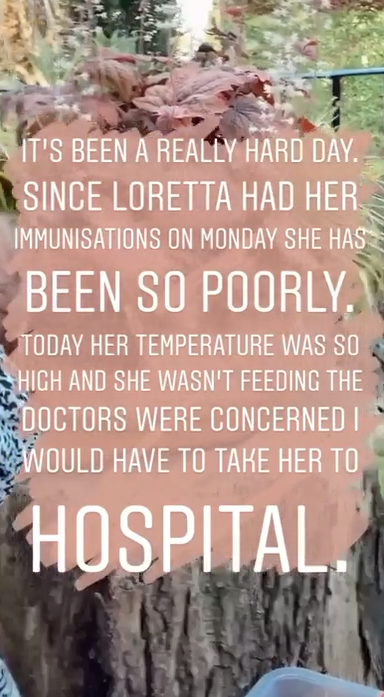 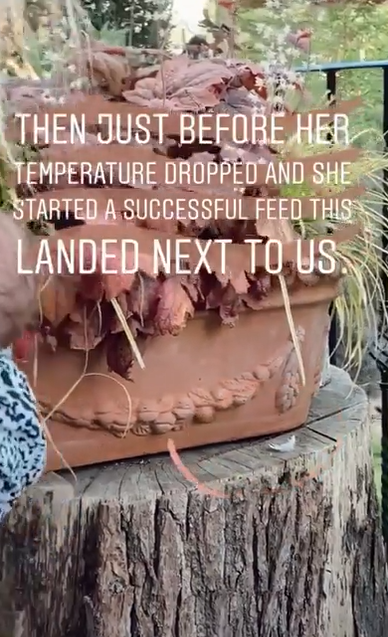 As she shared a clip of Loretta being nursed by her mum Debbie in the garden, she wrote across it: "It's been a really hard day.

"Since Loretta had her immunisations on Monday she has been so poorly.
'Today her temperature was so high and she wasn't feeding, the doctors were concerned I would have to take her to hospital."

As the clip continued, she highlighted a white feather which had landed on the wall next to where Debbie was sitting. 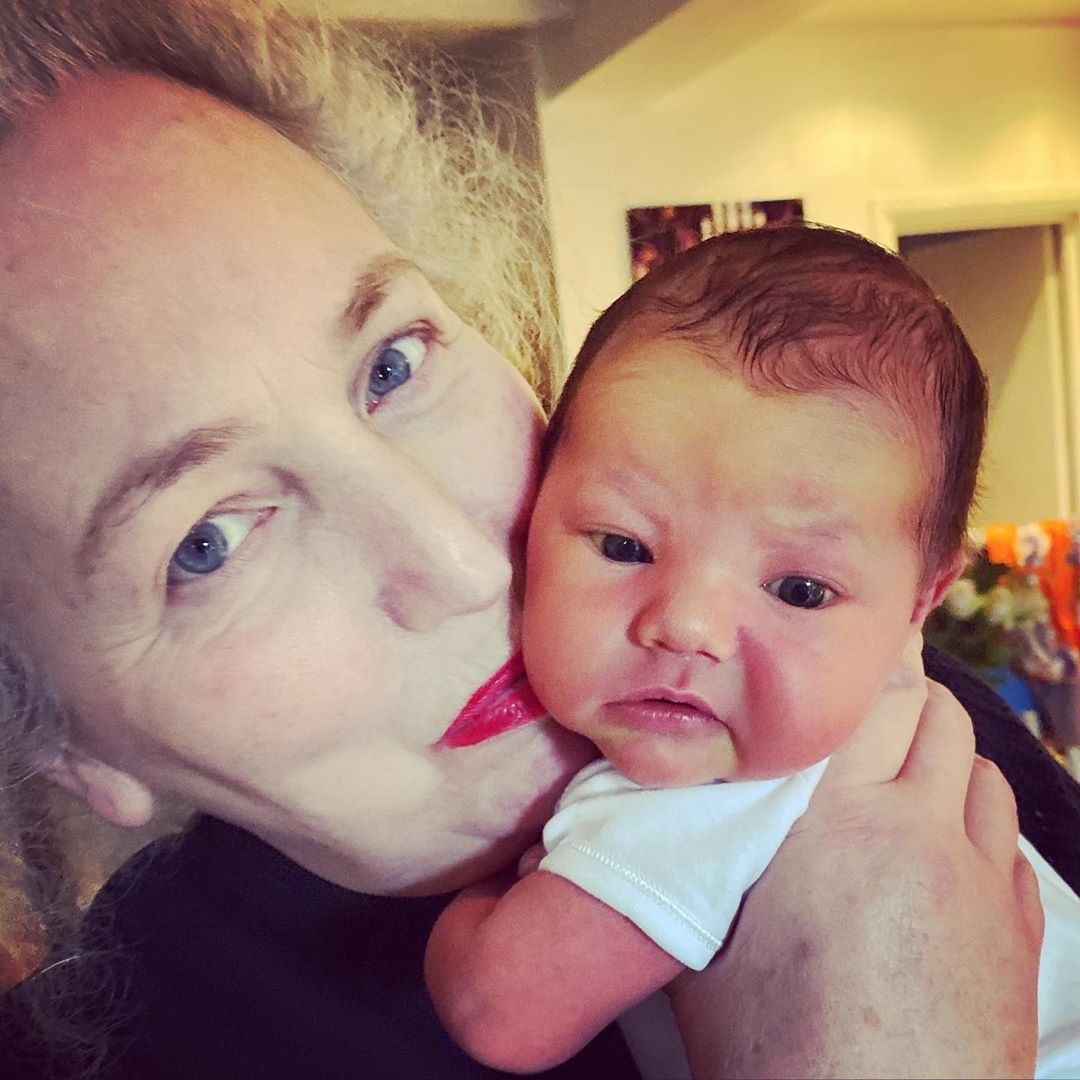 She continued: "Then just before her temperature dropped and she started a successful feed this landed next to us."

She then shared a picture of her late grandfather, writing: "Thank you grandad for protecting Loretta."

For many people, including Lydia, a white feather appearing unexpectedly is a sign a loved one is watching over them.

Earlier this year, Lydia admitted she is a 'panicky' new mum who is on constant 'high alert' because of coronavirus. 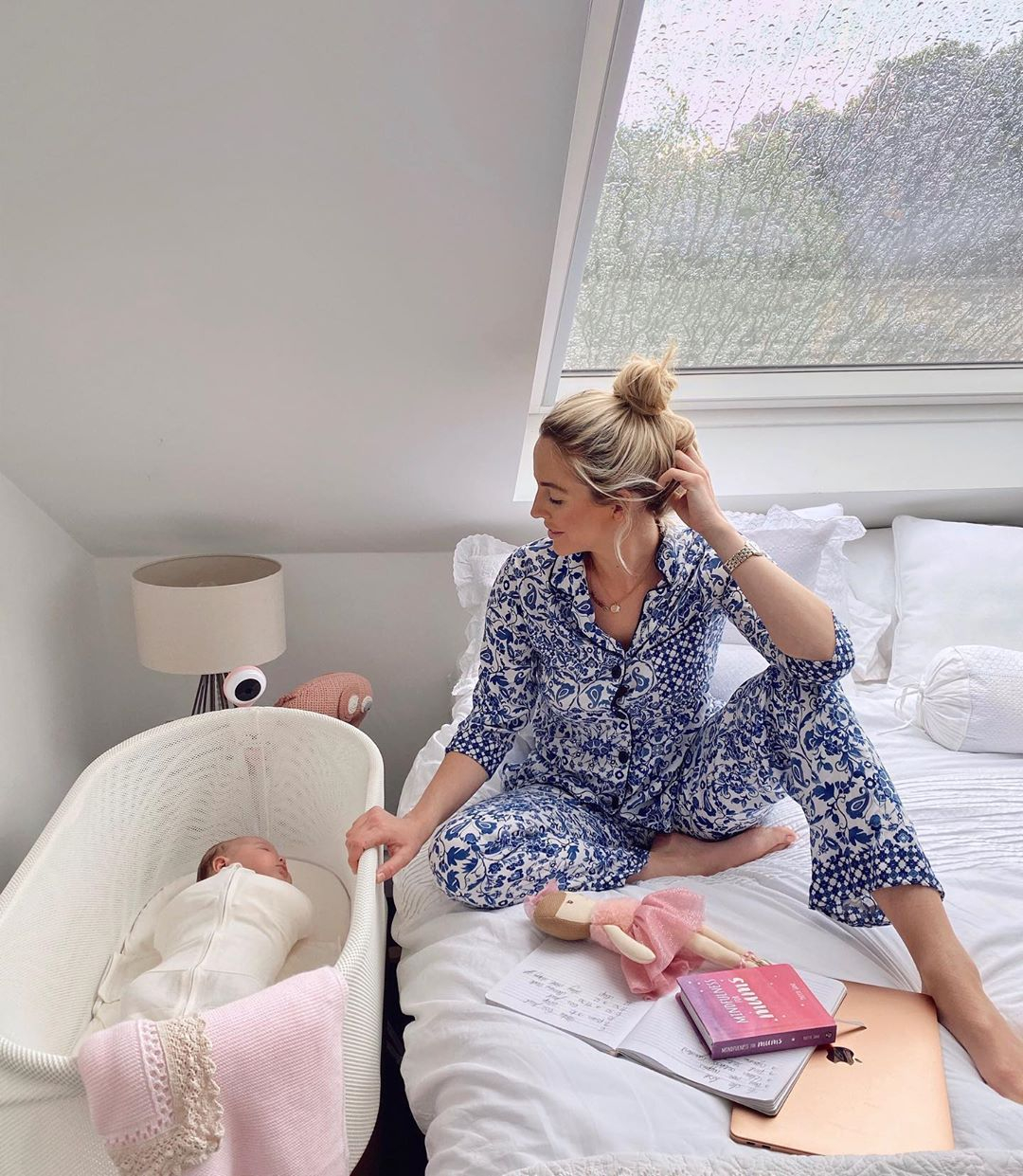 She told The Sun's Fabulous magazine: "Naturally, when you have a newborn, especially first-time mums, you are very protective.

"At night-time, if she doesn’t make a noise I’ll jump up because I’m scared she’s not breathing. I was so panicky those first days anyway, then with this I’m even more on high alert."

Since becoming a mum, Lydia has been forced to defend herself from mum-shamers after drinking wine while looking after baby Loretta.

But she's also impressed other followers as she displayed her toned abs just six weeks after giving birth in an Instagram post.

Watch Special Births tonight at 10pm on the wtv channel.