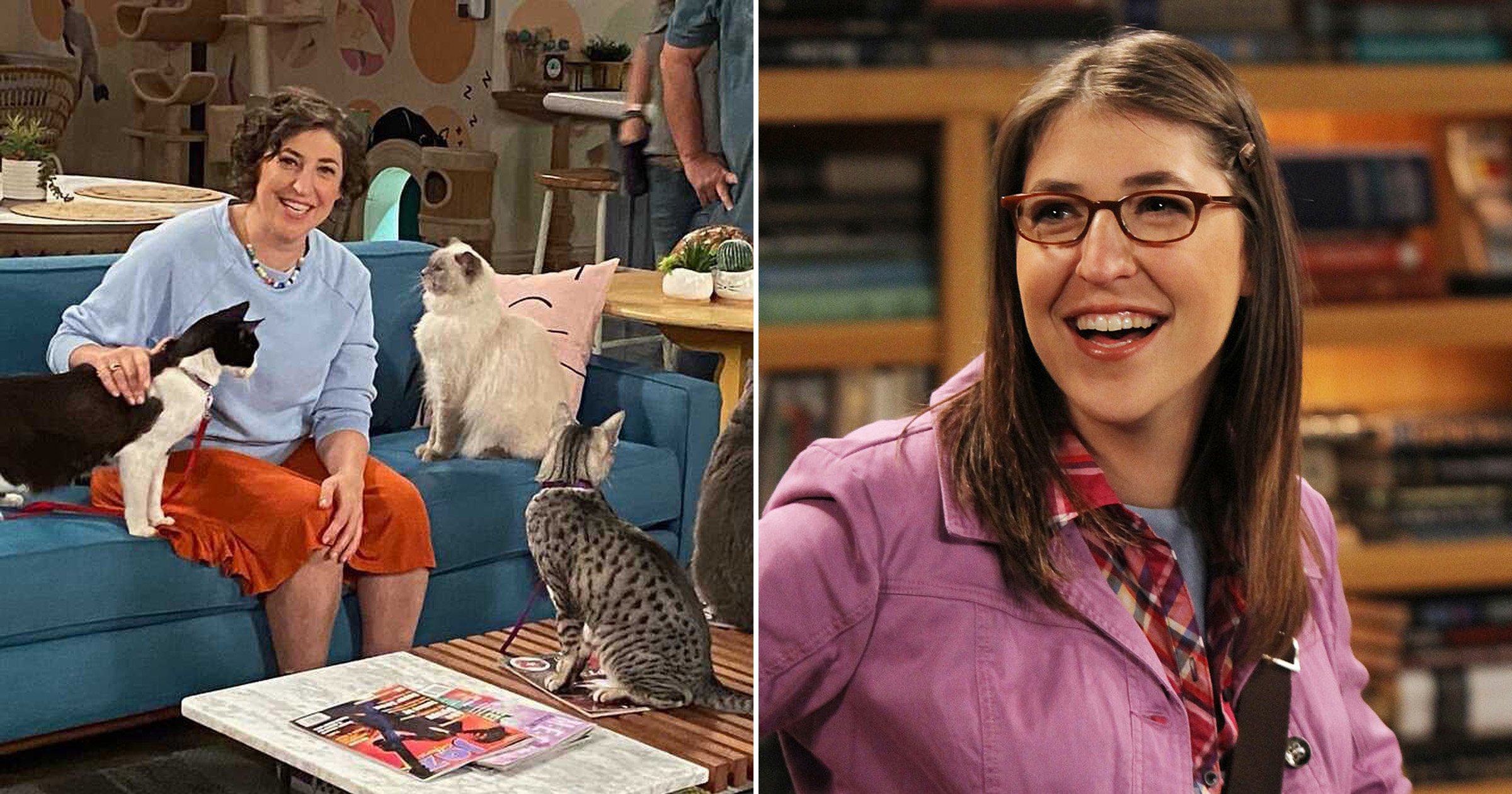 Mayim Bialik revealed there was a special The Big Bang Theory reunion during last night’s episode of her new comedy series, Call Me Kat.

The actress – who famously played neurobiologist Amy Farrah Fowler on the CBS sitcom from 2010 to 2019 – revealed that episode five titled Cake was directed by someone from TBBT production team.

Anthony Rich worked as an assistant director on the long-running drama and also directed several episodes of the series during its run.

Taking to Instagram to share some behind-the-scenes pictures from the filming, Mayim wrote: ‘We had so much fun filming tonight’s episode!!! It was directed by The Big Bang Theory 1st Assistant Director Anthony Rich – he also directed a handful of TBBT episodes, too!

‘And I met him when he was about 20 and working on Macguyver as a runner.’

There have been plenty of TBBT collaborations for the comedy series because it is actually being produced by Mayim’s former co-star Jim Parsons.

The 45-year-old actress was approached by her pal to play the leading role for the series based on British comedian Miranda Hart’s self-titled comedy, which ran from 2009 to 2015.

The US take on the program follows Kat (Bialik), a quirky woman who quits her teaching job to open a cat cafe, much to the despair of her mum (Swoosie Kurtz) who doesn’t believe her daughter can be happily single at 39.

Mayim previously joked that she was shocked that her former co-star chose to work with her again during their recent appearance on The Ellen Show.