NBC’s comedy Mr. Mayor toplined by Ted Danson wrapped its freshman run Thursday, drawing a 0.4 rating in the adults 18-49 demographic and 2.47 million viewers, both numbers hitting lows as it awaits a decision on a return for second season.

CBS’ flagship comedy Young Sheldon (0.9, 7.62M) jumped up week over week in both metrics to a season high in viewers, per Nielsen’s Live+Same Day fast affiliates. It topped the ratings heap in primetime on a night that also saw the season finale of ABC’s Craig Ferguson-hosted game show The Hustler (0.4, 2.54M), which was steady. 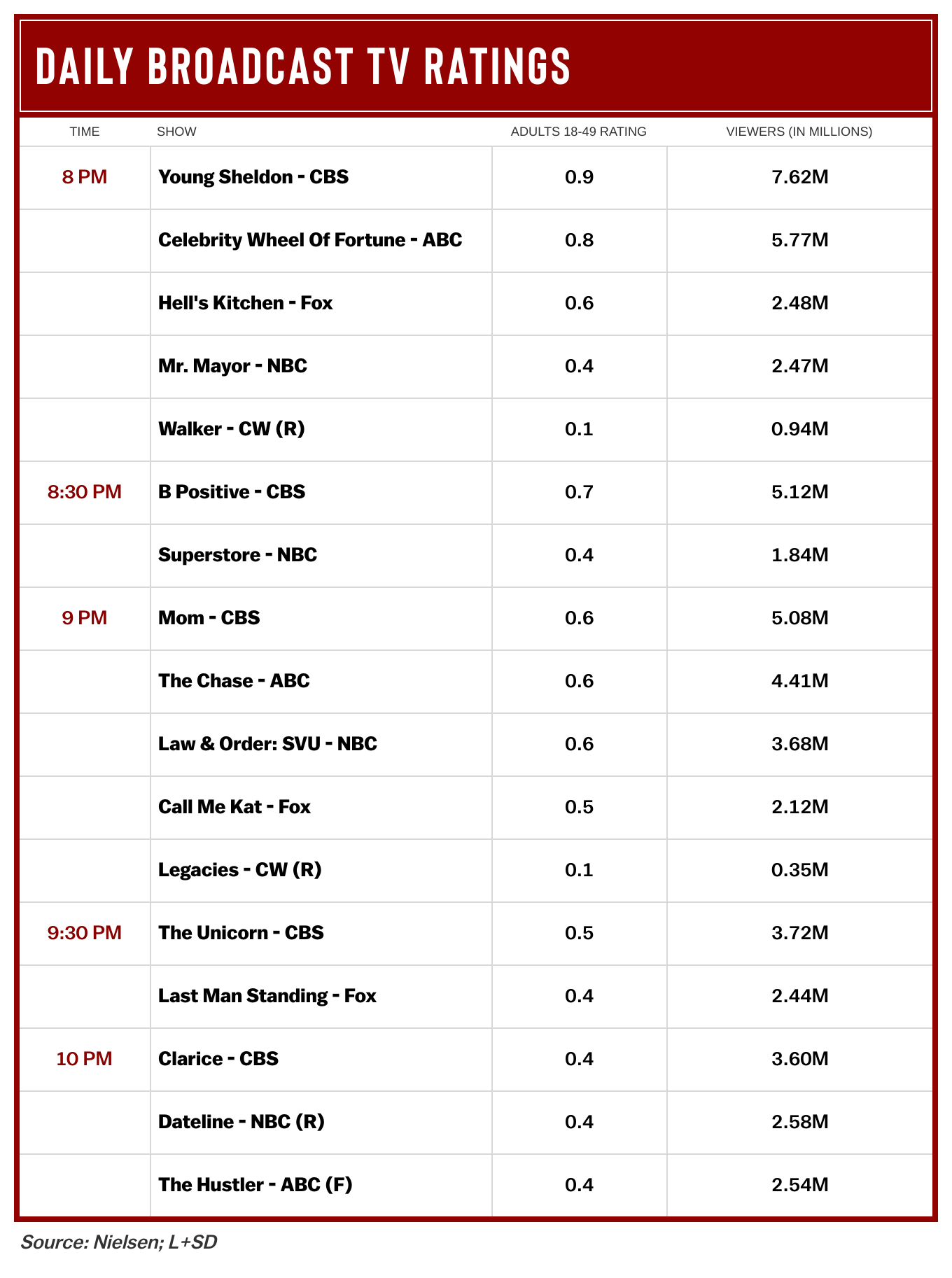