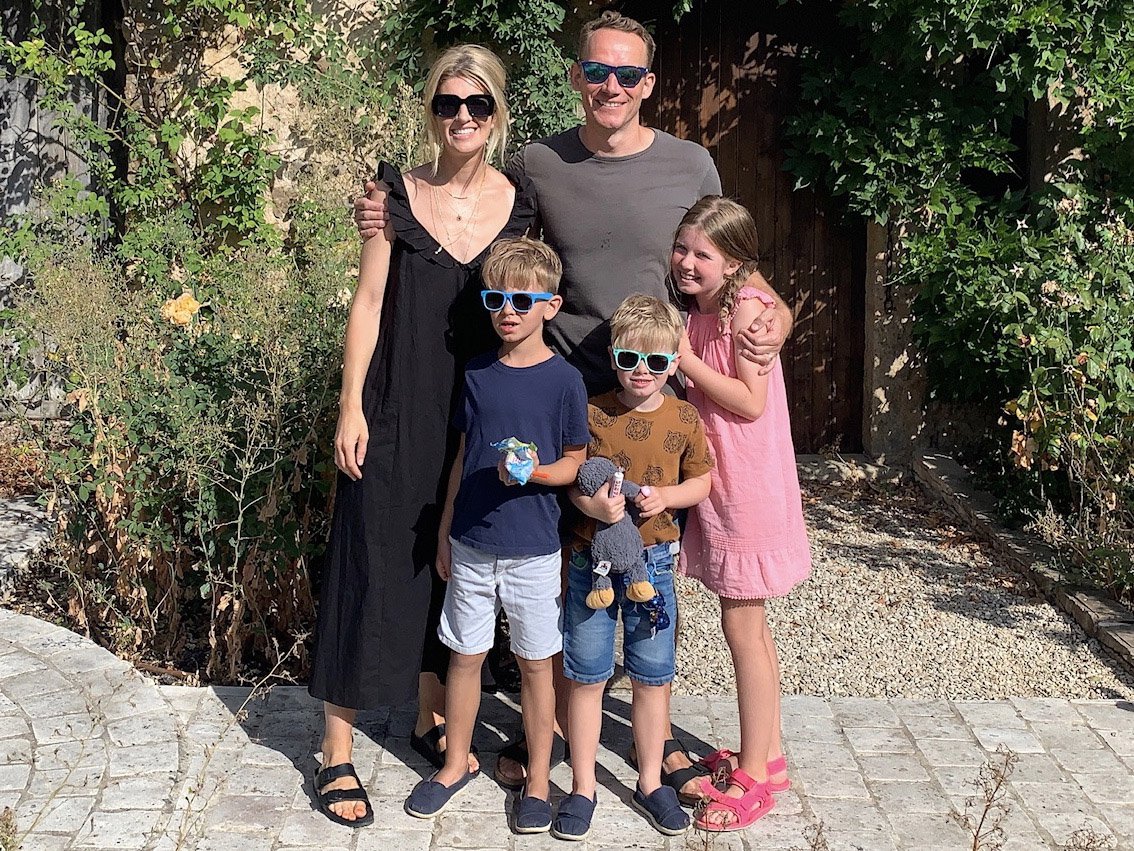 A mum has shared how she transformed her home – which was dubbed ‘the worst house on the street’ – into a haven for her family.

The property was in a poor state, with some of the house even ‘derelict’ after the former owner had only used a handful of rooms, so Hannah decided to do a full renovation to make it the perfect family home.

The mum-of-three, alongside her husband, set about knocking through the two bathrooms to make one large family bathroom.

They got the house to a liveable state before Hannah’s husband’s work required a move to Qatar.

The family – including their children Isabella, 9, Xabi, 7, and five-year-old Miller – rented the property out for the following five years, returning in 2018 for good.

By the summer of 2020, they finally had enough time to make their house a home, and started a ‘massive’ renovation project – which involved reconfiguring the downstairs, knocking through the kitchen and dining room and removing five chimney breasts.

The house also needed a full rewire, new plumbing, new floors and windows – as well as a full redecoration to bring it up to scratch, and the removal of a double garage in the garden to open up the space.

Hannah, who works as a project manager, told Jam Press: ‘We are living and using the house totally differently now the downstairs works in such a better way for modern family life.

‘The difference is unbelievable.

‘It was one of the worst houses on the street, all the sandstone had either crumbled away or cracked, we had scaffolding up for seven months while stone masons painstakingly rebuilt it all to reflect how it would have looked originally.’

Hannah hired tradespeople while she home-schooled her children throughout lockdown, but pitched in with DIY jobs wherever she could.

The mum upcycled furniture, including an old piano her daughter was gifted, which she transformed into a chic black organ, as well as painting parts of the home herself.

Hannah also created a fluted coffee table for the lounge.

She made a basic table out of MDF and sourced fluted cardboard that she then glued around the legs and painted black.

Other items around the house that have been upcycled include a sideboard, artwork. and prints – all of which Hannah spruced up with a lick of paint.

A self-confessed lover of all things monochrome, Hannah has upgraded the kitchen from a cramped space with dated cream and wooden cabinets to a stunning black-and-white sanctuary for the whole family to enjoy.

Directly behind it is a large wooden dining table, with French doors leading into the garden – drenching the room in natural light.

The lounge has undergone an equally dramatic transformation, with dated magenta walls and a patterned carpet removed in favour of herringbone flooring and fresh cream panelled walls.

The original stained-glass windows were retained by the family, offering a pleasant pop of colour to the room.

The master bedroom, once home to tired pink wallpaper and a black fireplace, was painted in fresh light tones with a seating area under the bay windows making perfect use of the natural light.

In the garden, as well as the garage being ripped out, the family ripped down the old fence and put in a new one, as well as a patio, Astroturf and three raised planters.

The exterior also saw a major makeover with sandstone-coloured paint to protect it, as well as newly-painted window frames, the added touch of a dark door to show off the colour of the walls and a driveway was created.

In total, the family have spent £85,000 on the transformation.

The family plan to continue the transformation with a loft conversion for 2023.

Do you have a great renovation story you’d love to share?

Get in touch at [email protected]