Outlander fans have endured a longer droughtlander than usual due to the coronavirus pandemic. While season six has been confirmed for months, production was put on pause due to the virus but at the start of the new year, the cast and crew began returning to set. The sixth series, which will be filmed in Scotland, will pick up after the events of season five when Claire Fraser (played by Caitriona Balfe) began her recovery from her attack at the hands of Lionel Brown (Ned Dennehy).

The first glimpse at the new season was shared online with Jamie Fraser (Sam Heughan) and Claire sitting on a horse-drawn cart.

The pair shot each other concerned looks hinting the American Revolutionary War may be closer than fans might have expected.

Starz also shared behind-the-scenes footage of the sets and props being put together before giving fans a glimpse at the script for episode one.

Fans know the Frasers and MacKenzies will be facing a number of obstacles in the new series but how have the cast found getting back to filming? 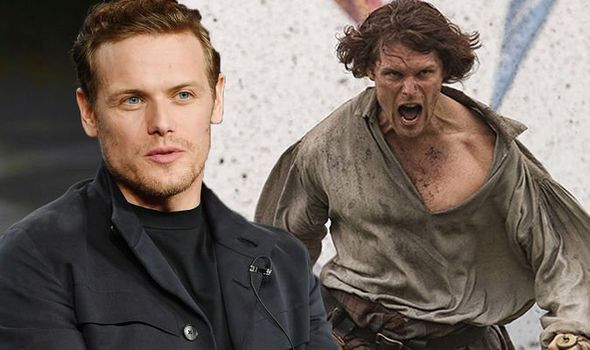 Sharing an update on the progress of season six, Sam detailed: “The update is that we have been updated, and we’ve started shooting.

“We’re in production at the moment. We’re getting there. Obviously, with all the COVID protocols, we’re making sure everyone is kept safe.”

However he added getting back to filming wasn’t without its challenges, especially in Scotland.

“It’s kinda tough with the weather in Scotland right now, as it’s winter!” he explained to Oprah magazine. 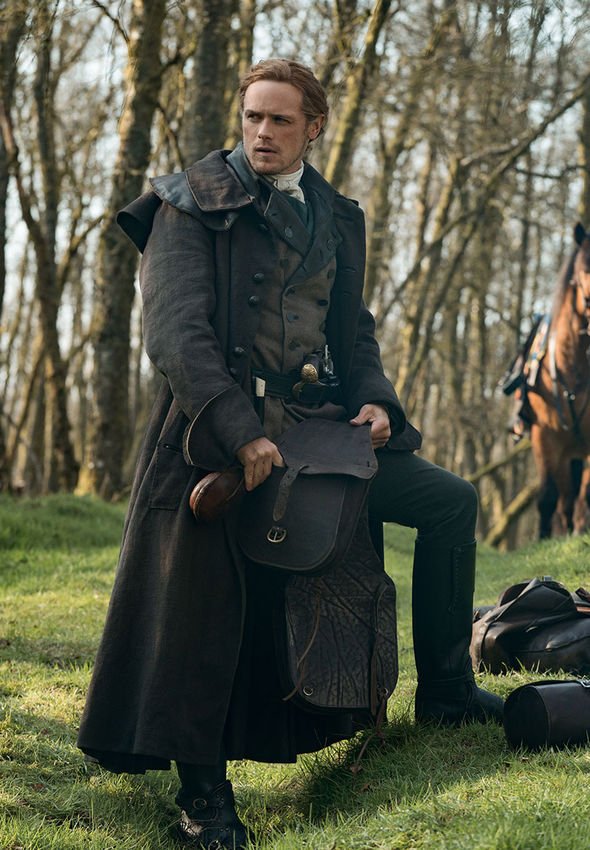 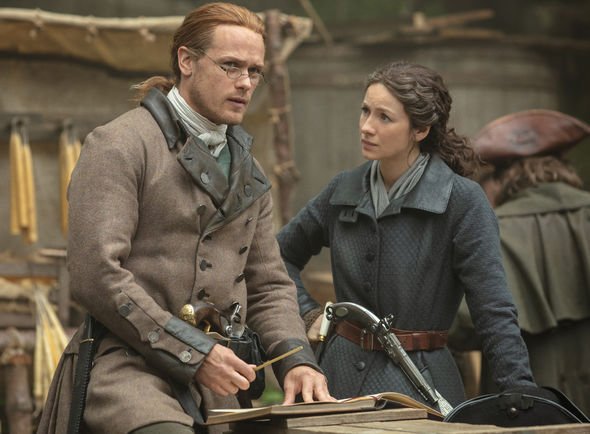 “But we’re just happy to be back working, and everyone’s safe.”

It’s not just Sam who has been sharing teasers of the new series with showrunner Matthew B Roberts revealing Jamie and Claire “will go through a revolution”.

After Claire’s attack, Jamie will want to protect his wife as well as the new settlers at Fraser’s Ridge which will include a face from the past, Tom Christie.

The changes around them will no doubt put pressure on the relationship, which Matthew confirmed in a recent interview.

“There’s going to be a revolution with them as well, and I think that’s what’s going on throughout the season.

“You have a foundation and when that foundation is shaken and there is a revolution, you have to deal with it. That’s kind of the theme of the season.”

Claire and Jamie have managed to pull themselves through many difficult situations, including spending 20-years apart, but could the Revolution push them to reassess their marriage?

Claire knows how the Revolution will unfold and will no doubt try to advise Jamie on how to deal with the upcoming war.

However, fans know how stubborn and headstrong Jamie could be so if he goes against his wife’s advice, there could be an epic fall out.

There have also been hints the sixth series will include elements from An Echo in the Bone, which involves the “death” of Jamie – could this push Claire to return to the 20th Century once more?