‘Avatar: The Way of Water,” “Black Panther: Wakanda Forever” and “Top Gun: Maverick” made the cut. “The Woman King” and “Women Talking” were snubbed. 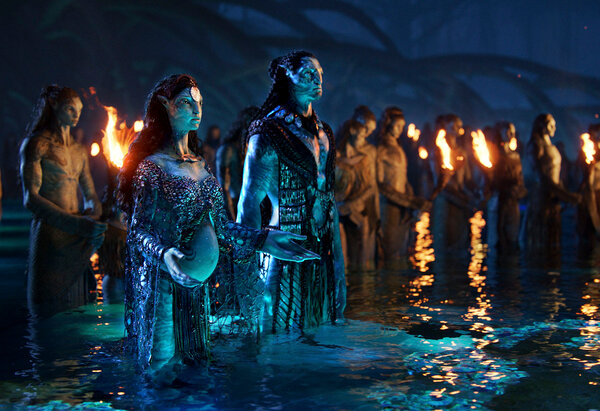 After a hectic few days of guild nominations and awards shows, the Producers Guild of America announced the 10 nominees for its best feature film award on Thursday, and this list may be the most consequential yet when it comes to predicting the strongest Oscar contenders: Over the last four years, only three movies made it into the Oscars’ best-picture lineup without first being nominated for the PGAs.

“Avatar: The Way of Water”

“The Banshees of Inisherin”

“Everything Everywhere All at Once”

“Glass Onion: A Knives Out Mystery”

The producers guild has historically been inclined toward blockbuster product, and this list includes several big-screen success stories, including three of the highest-grossing films of 2022 — “Top Gun: Maverick,” “Avatar: The Way of Water” and “Black Panther: Wakanda Forever” — and two other box-office hits, “Elvis” and “Everything Everywhere All at Once.”

But the exclusion of epic-scaled projects like the glitzy “Babylon” and Gina Prince-Bythewood’s action drama “The Woman King,” may doom those films’ chances at making the Oscars’ best-picture lineup: When academy voters replace a PGA pick with one of their own choices, they typically substitute an indie or international film instead.

Another notable snub was the Sarah Polley-directed drama “Women Talking,” which debuted at the fall film festivals with plenty of buzz but has struggled since its theatrical bow during the crowded Christmas holiday. None of the films on the PGA list were directed by women, and if “Women Talking,” “The Woman King” and Charlotte Wells’s acclaimed “Aftersun” fail to make the Oscars best-picture list, it will be the first time the category has excluded female filmmakers in four years.

Only three films earned nominations from the producers, directors and actors guild this week: Steven Spielberg’s autobiographical “The Fabelmans,” the sci-fi hit “Everything Everywhere All at Once,” and the dark feuding-friends comedy “The Banshees of Inisherin.” That trio should be considered the strongest Oscar contenders as voting for the Academy Awards begins Thursday.

The winners will be announced in a ceremony on Feb. 25. Here is the rest of the Producers Guild list:

“Marcel the Shell with Shoes On”

“Minions: The Rise of Gru”

“Puss in Boots: The Last Wish”

“Only Murders in the Building”

“The Daily Show With Trevor Noah”

“The Late Show With Stephen Colbert”

“Lizzo’s Watch Out for the Big Grrrls”

“Legacy: The True Story of the LA Lakers”

“Tony Hawk: Until the Wheels Come Off”

“Fraggle Rock: Back to the Rock”

“Only Murders in the Building: One Killer Question”

“Tales of the Jedi”