Former Real Housewives of Orange County star Tamra Judge is missing out on her first season in 12 years after leaving the Bravo reality series in January 2020. Even though she’s given up her orange, she still has plenty of opinions about the current cast. 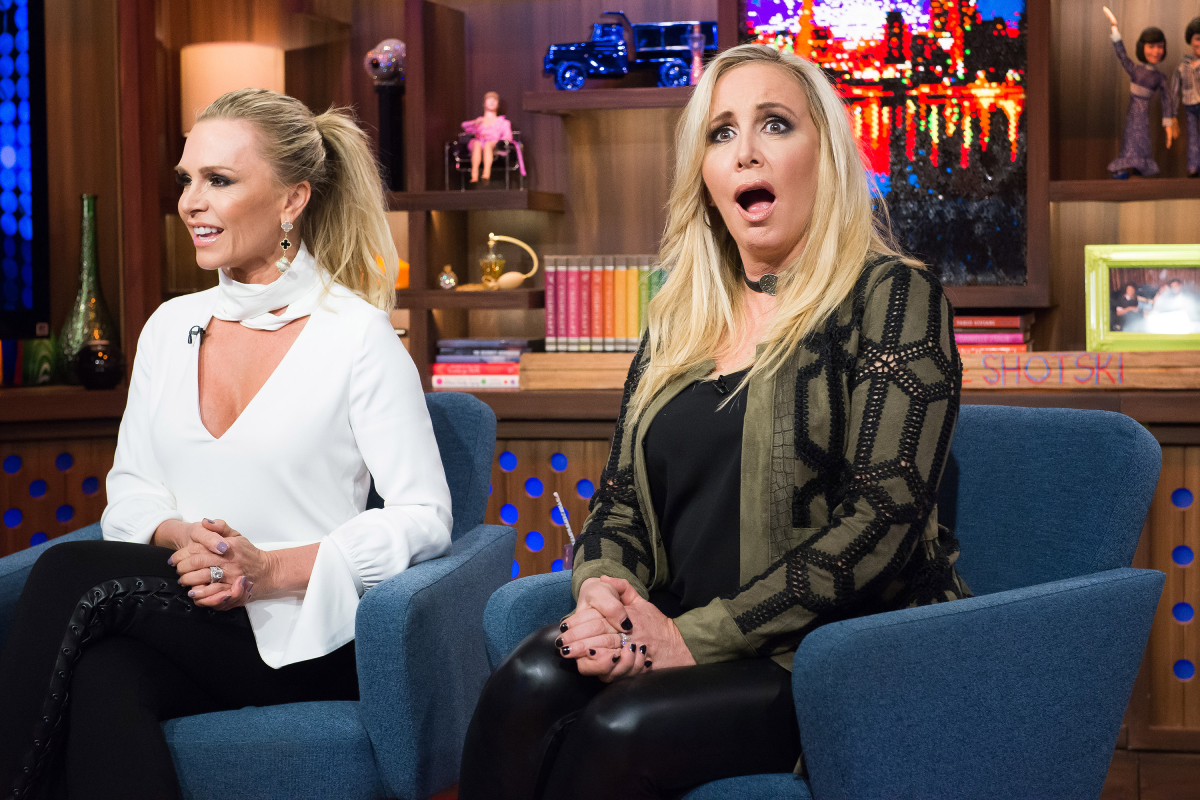 During a recent interview, Tamra threw some serious shade at her former co-stars. She also teased her return for RHOC season 16.

During an appearance on The Weekly Scoop with CJ via Instagram Live, Tamra shared her feelings about the current RHOC cast. She also gave her predictions about the changes she thinks Bravo will make for next season.

Tamra admitted that she didn’t think the current cast was “as strong as it could’ve been” during season 15. Then, the CUT Fitness owner revealed that she thinks a “big shakeup” is on the horizon.

“I do think there’s going to be a shakeup. A big shakeup,” Tamra said. “I only see clips on Instagram, the highlights, and I see the comments. I don’t [think Emily Simpson or Elizabeth Vargas will be back]. There’s no shortage of storyline on [Braunwyn Windham-Burke]. She’s not going anywhere.”

Tamra also confessed that she’s “curious” about what Bravo will do with Kelly Dodd for season 16. She’s interested to see what happens because of the vocal group of viewers who have made it clear they don’t want Kelly back for another season.

Tamra admitted that Kelly can sometimes be “good TV.” However, she also noted “there’s that other part” about Kelly which Tamra described as “an evil heart.”

“That girl has to be so damaged so bad inside. You have to feel sorry for her because why is she so evil?” Tamra asked.

Kelly and Tamra have been going after each other on social media in recent weeks. Tamra claims that Kelly “went out and ripped apart” her business, saying it’s a “multi-level scheme.” Tamra expressed her frustration with Kelly going after “everything” about her.

“And I’m like, ‘Who does that? What clicks in your head?’” Tamra said. “Maybe she’s drinking, and then she’s on social media saying stupid things. She crosses the line a lot.”

The 53-year-old did have some good things to say about Gina Kirshcenheiter. Tamra thinks that Gina is “extremely real” and she “is who she is.” She doesn’t think that Gina is calculated, and the same goes for Kelly. Even though Tamra thinks her former co-star is evil, she admits that with Kelly “what you see is what you get.”

Tamra also believes that Braunwyn is “real” and she exposes a lot. She also noted that the Barefoot in Heels blogger “has a lot going on in her life.”

The former RHOC star also mentioned her former bestie Shannon Beador. And she hinted that she could be back for season 16.

Is Tamra Judge returning for season 16?

During the interview, Tamra acknowledged that there’s been “a lot of buzz” about her possible return to RHOC for season 16. She also admitted that she’s not against coming back. But if she does return, fans aren’t going to know about it ahead of time. Neither will Shannon.

“There’s a lot of buzz that I’ll be asked back. I have not gotten a formal offer yet. And if I do get a formal offer, I’m not telling anybody. … I’m just gonna walk on,” Tamra quipped before adding that Shannon “better hope I don’t come back.”

Tamra says that she hasn’t watched season 15 because it’s “hurtful.” However, she admits it was weird to miss out on filming the recent reunion, but she knows the “show must go on.”

The CUT Fitness owner also named her dream RHOC cast before she ended the interview. Tamra said it would include Heather DuBrow, Vicki Gunvalson, Gina, Braunwyn, and Shannon. However, she only includes Shannon because she wants to give her a piece of her mind.