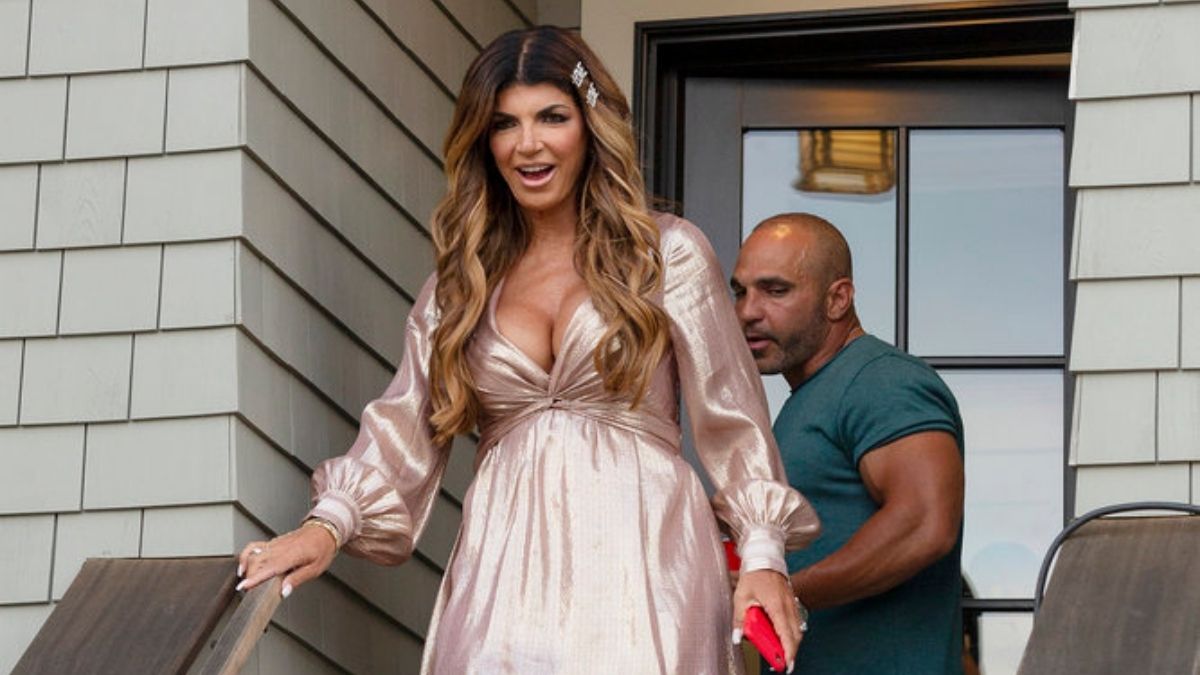 While Teresa Giudice’s kids spend time with their dad in Italy, it seems the Real Housewives of New Jersey alum is spending her time with a new love.

The single mom has been on her own for quite some time after her 20-year marriage to Joe Giudice ended a few years ago.

However, in September, the former couple officially finalized their divorce.

Since Teresa’s separation from Joe, there have been rumors about her dating different people, but it seems nothing came of those relationships.

Now, there might be a new man in Teresa’s life, and we’re hoping to get a glimpse of him when RHONJ returns.

Is Teresa dating a new man?

A Page Six source has revealed that the New Jersey Housewife has officially gotten her groove back – two months after finalizing her divorce from Joe.

The mystery man is 46-year-old Luis Ruelas, who is a New Jersey-based business owner.

“The relationship is very new, but both are very happy,” shared the insider.

Luis, who is also known as “Louie,” has two kids of his own. He has a son who has Autism, and, due to this, the businessman spends much of his time advocating for special needs children.

In case you’re even more curious about Teresa’s new beau, and, of course, you are, he works in digital marketing. But Luis is not just any old businessman. He is actually the co-founder of Digital Media Solutions.

While the 48-year-old has not confirmed this relatively new relationship, it seems there’s even photographic evidence of Teresa and her boyfriend.

Over the weekend, Instagram user @deuxmoi shared a fan photo of the couple at a football game in his Instagram stories.

In the photo, you can’t see Teresa or Luis’s face, as the picture was taken from behind.

However, the two are standing in front of the bleachers looking closely at what’s happening on the field, and the man has his arm around the brunette’s waist. 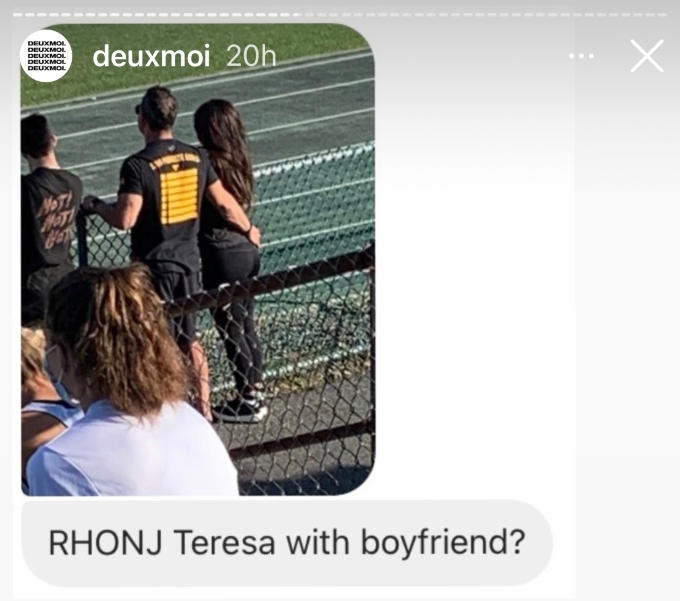 At the time the image was shared, the identity of the guy seen with the RHONJ star was unknown.

Now, the source is confirming that the man in question is Luis Ruelas.

Since the rumored relationship is so new, it’s not clear if the mom-of-four will choose to share this part of her life on the show.

Teresa has always been very open about her life, good and bad, so the chances are good that she might either talk about him on RHONJ or, better yet, show him off to the world.

The Real Housewives of New Jersey is currently on hiatus at Bravo.

Related posts:
TV and Movies
This Morning guest Dibsy spills weight loss secrets as he sheds nearly 20 stone
I'm A Celebrity spoiler: Giovanna chucks FISH GUTS in Vernon Kay's face as Dec is told off for blunder by Ant
Anton Du Beke admits he ‘loses interest’ in Strictly routines: ‘Don’t enjoy it’
Andy Samberg Insists ‘Brooklyn Nine-Nine’ Will Be Honest About Police Brutality
'Euphoria': Twitter Can't Get Enough of This Zendaya Moment in Trailer
Recent Posts
This website uses cookies to improve your user experience and to provide you with advertisements that are relevant to your interests. By continuing to browse the site you are agreeing to our use of cookies.Ok