On The NHS Frontline starts tonight on ITV with Ross Kemp, who visited the intensive care unit at Milton Keynes University Hospital to look at how doctors and nurses on the frontline are fighting the coronavirus pandemic.  However, ITV viewers have now started a petition to have the documentary axed on the basis that it is insensitive to both those fighting the virus and the families involved.

More than 2,000 people have now signed a petition for ITV to axe Ross’s newest documentary.

The former EastEnders star’s documentary follows doctors and nurses on the frontline tackling the coronavirus pandemic, which has taken more than 12,000 lives in the UK alone.

The star travelled to an intensive care unit at Milton Keynes University Hospital, but the show has received a lot of backlash already.

The petition states: “People are dying from this deadly virus, yet ITV and Kemp are allowed to gown up in full PPE and stroll around A&E getting in the way of the already overwhelmed NHS staff, filming people at their lowest ebb.” 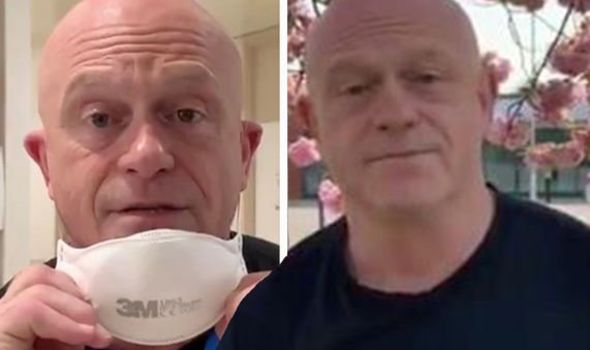 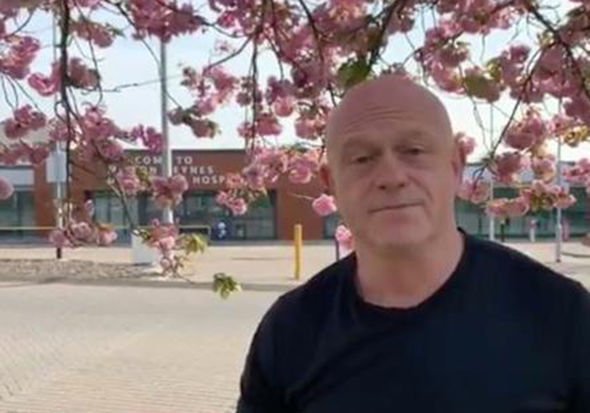 “This goes on as people are banned from visiting their sick and dying relatives.

“We’ve all heard of people passing away in isolation, unable to see, speak with, hug or kiss their families goodbye…”

The petition currently has 2,320 signatures and claims it will also be sent to Ofcom.

The documentary has also been criticized for the amount of personal protective equipment the cast and crew would have had to have worn, during a time when NHS workers are begging for larger supplies. 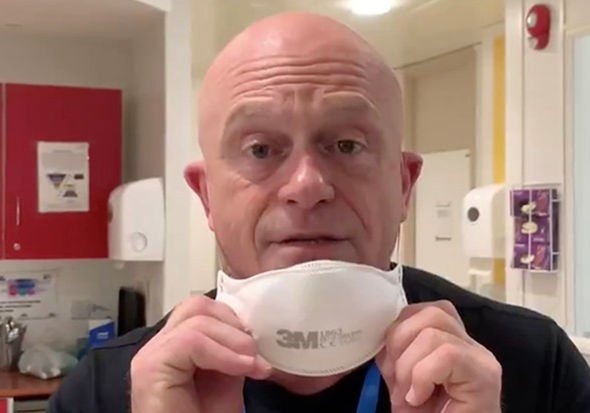 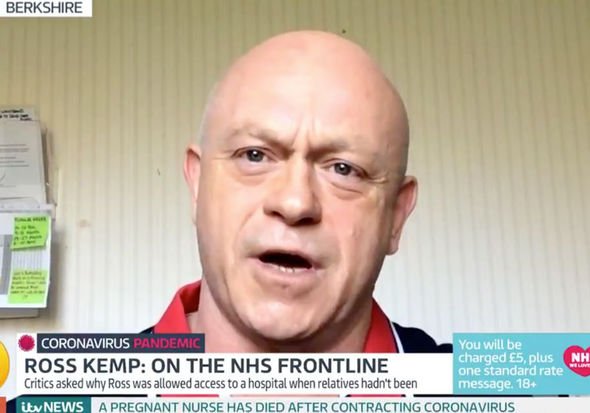 An ITV spokesperson told Express.co.uk: “In line with carefully agreed access with the NHS, only Ross and one cameraman filmed for a short period of time, less than 30 minutes, in the Intensive Care Unit.

“PPE worn by them was replaced by the production team, therefore no NHS supplies were diminished.

“The safety of all concerned was paramount and the privacy of all patients is being respected.

“Consent from both the hospital and the patient is required for any patient to be identified in the programme.”

Ross joined Piers Morgan and Susanna Reid via video link today on Good Morning Britain to discuss the show and the ongoing lockdown.

He explained: “How awful not to be able to say goodbye to a loved one.

“We are in a war, this is a war footing. The people in the hospital, the head of the ICU refers to it as a war.

Piers asked: “You have been in lots of war zones Ross, covering very gritting documentaries, so how did it compare? What did it make you feel like in comparison?”

The documentarian replied: “Do you know what Piers? Heroism takes many shapes and forms doesn’t it? And what I saw across the ICU and hospital was heroes. Anyone that is willing to risk their own safety for someone else is a hero.”

Milton Keynes University Hospital has also responded to the petition defending the documentary.

In a statement, the hospital said: “There is a lot of anxiety and confusion both about the NHS’ ability to meet the pressures of COVID-19 and the type of care that is being offered to those that have the virus.

“After discussions with NHS England, we believed it was important to give a mainstream media outlet controlled access to the hospital so that the public could be informed and reassured about the response of hospitals to COVID-19.”

On The NHS Frontline airs on ITV tonight at 8.30pm.