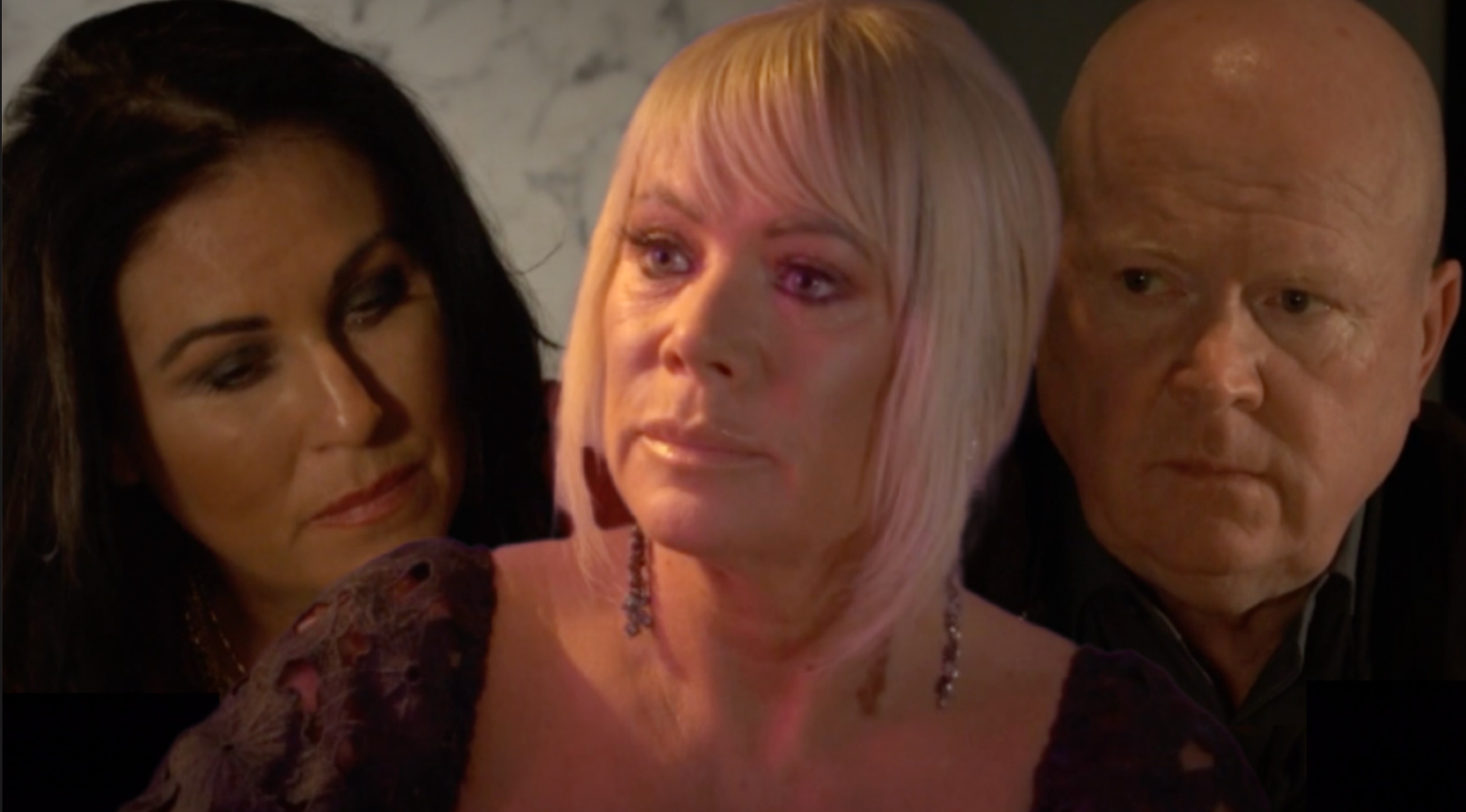 Sharon Watts (Letitia Dean) has made it known that she intends to win back Phil Mitchell (Steve McFadden) in EastEnders, despite the fact that he’s set to wed Kat Slater (Jessie Wallace) the very next day.

The long-serving legend and former landlady of The Queen Vic desperately tried to move on from Phil after their separation two years ago.

Recent scenes, however, saw her feelings for her former beau re-emerge, after they kissed upon his release from prison, with Phil telling her that she’s always been the one for him.

But a misunderstanding ultimately led to him rejecting Sharon, as he rekindled his romance with Kat, who he intends to marry.

Sharon, meanwhile, was left with little choice but to try and move on with her life, and this week saw Linda Carter (Kellie Bright) set her up on a date with a pal of hers named Matt.

There was evidently chemistry between Sharon and Matt, who she took back to hers, where they proceeded to get along like a house on fire.

Things, however, took a turn after Matt leaned in for a kiss, as Sharon realised that – despite her best efforts – she’s still not over Phil.

Emotional and upset as her loved one prepares to marry another, Sharon headed to the cafe, where she opened up to Linda about being unable to move on from the man she reckons is her one true love.

‘I don’t think I’m ever going to get over him’, she said.

‘I’m not just going to stand back and watch him and Kat walk down the aisle.’

Sharon has made it clear that she’s out to stop the wedding.

The question is: will she succeed? That remains to be seen, but she may find a helping hand in the form of Alfie Moon (Shane Richie), who is set to stage a comeback next week in time to stop Kat from marrying Phil.