Sherwood on BBC One is growing more intense with every episode as two killers from a small Nottinghamshire town are now on the run. The manhunt continues, now in search of both of them, with neighbours distraught at how their fractured community has been the victim of yet another devastating event. Express.co.uk has everything there is to know about the story behind Sherwood.

Retired miner Gary Jackson (played by Alun Armstrong) was murdered in the first episode of Sherwood.

Even though 30 years had passed since the Miners’ Strike, Gary Jackson (played by Alun Armstrong) still had a grudge against those who weren’t on the picket line alongside him.

Fast-forward to 2014 when Sherwood is set and the retired miner was brutally murdered in the street with a crossbow and arrow in the first episode.

Scott Rowley (Adam Hugill) becomes the number one suspect for the killing and is now on the run. 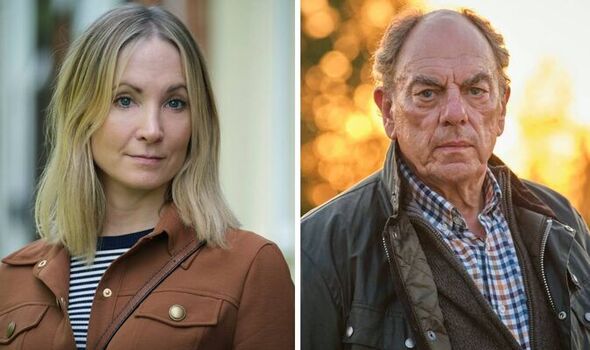 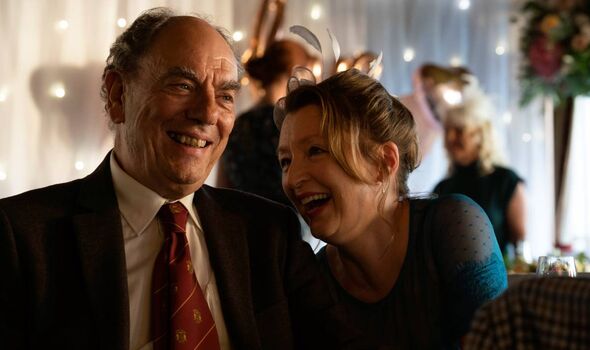 It is just a matter of days in the series before another body is discovered but this time in the shape of hopeful Tory councillor Sarah Vincent (Joanne Froggatt).

Sarah was lashing out at her father-in-law Andy Fisher (Adeel Akhtar), shouting some horrible remarks regarding his deceased wife when he attacked her with a spade.

Andy fled the crime scene, calling in sick to avoid seeing anyone when his son Neel (Bally Gill) returns from a business trip to discover his wife’s body.

As he screams next door, Andy is left sobbing, covering his ears to try and block out the noise.

When Andy hears DCI Ian St Clair (David Morrissey) calling to tell Neel that there had been a “development” in the case, he stops the car, walks across the motorway and into the forest. 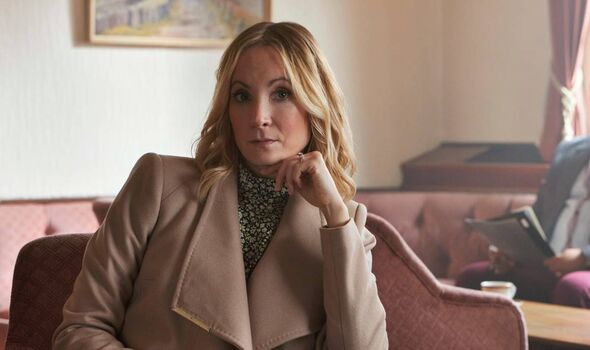 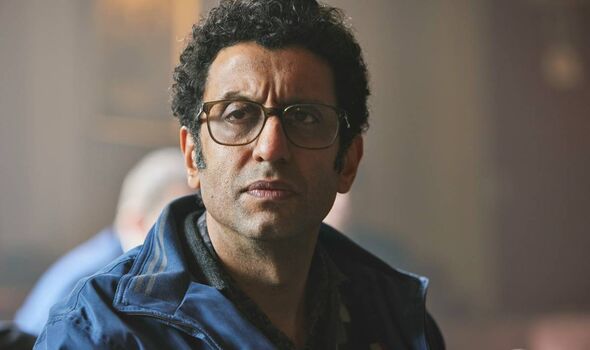 Were the victims in Sherwood real people?

While Sherwood is loosely based on a true story, many of the details have been created especially for the show, including its victims.

The BBC stated at the time of the series’ release: “This story was initially inspired by two killings which took place in the Nottinghamshire mining community where the author grew up.

“For the purposes of dramatisation, the characters and the events have been fictionalised.”

Some of the context surrounding the murders in Sherwood does bare some resemblance to the real-life stories.

The character Gary Jackson is vaguely based on Keith Frogson who was a leading member of the NUM (National Union of Miners) and killed with a crossbow and samurai sword by fellow former miner Robert Boyer.

Boyer hid in the Sherwood Forest before returning a couple of weeks later to Keith’s home and setting fire to it but thankfully no one was hurt.

The second real-life victim was ex-miner Terry Rogers who shot his daughter Chanel Taylor just a few weeks after getting married.

Both Boyer and Rogers were found around two weeks after the murders took place.

Writer James Graham spoke to the press, including Express.co.uk, at the premiere about the reality behind Sherwood.

He said: “This is inspired by some real things that happened and I felt sometimes overwhelmed by the responsibility of that as I take it incredibly seriously.

“I’m very proud to say that some of the family of the victim that Alun Armstrong plays are here today and I’m impossibly grateful for their bravery in going on this journey with us and speaking to the actors and speaking to me.

Sherwood is available to watch every Monday and Tuesday at 9pm on BBC One.