Piers Morgan, 55, was back on hand to host Good Morning Britain today alongside co-host Susanna Reid, 49, and the pair were joined by a panel of journalists to discuss the day’s headlines. Amongst the topics was the latest news emerging about Prince Harry, 35, and his wife, Meghan Markle, Duchess of Sussex, 38, as the next stage of their legal battle with the British Tabloid press begins. However, the presenter was enraged by a discussion of the Royal couple, especially after the Duke made comments about the media’s response to the coronavirus pandemic sweeping the globe.

This week sees the royal couple’s legal battle with the Mail on Sunday over the publication of the Duchess’ private correspondence with her father Thomas Markle, 75, continue as the High Court will hold a hearing on the case remotely due to the current health crisis.

In light of this, Harry and Meghan have written to the editors of the four Tabloid press publications and explained they will no longer cooperate with their requests to speak with them.

However, their row with the media has been exacerbated after the Duke said in an interview with Declassified Podcast the COVID-19 crisis was “better” than the media were making it out to be.

Reacting to these developments, Piers voiced his views on the matter this morning and didn’t hold back. 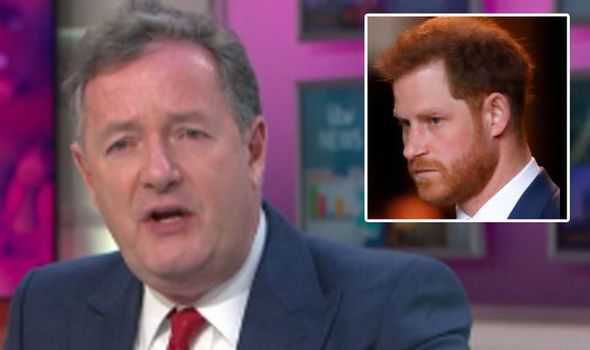 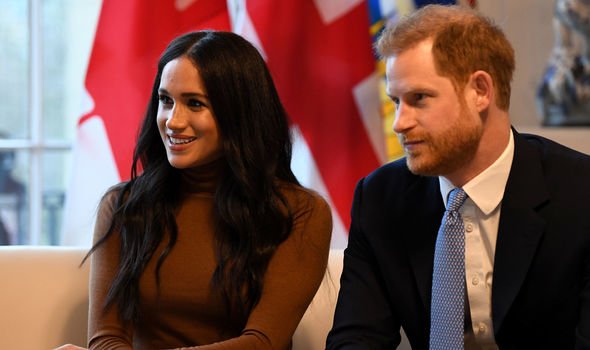 As a debate unfolded, the host exclaimed if he ever spoke with the Duke he would take the opportunity to remind him “the world is in a war at the moment with a killer virus that is destroying lives”.

Piers raged: “And what was Harry’s contribution to this debate other than making it all about him again?

“It was actually to do this in a podcast to claim that we are all exaggerating this war,” he added before the comments were played out for viewers.

The host then held up an article from a newspaper where the pictures of all the health workers who have tragically lost their lives on the front lines were printed. 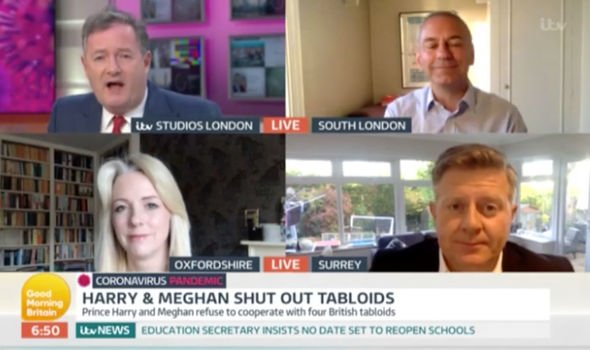 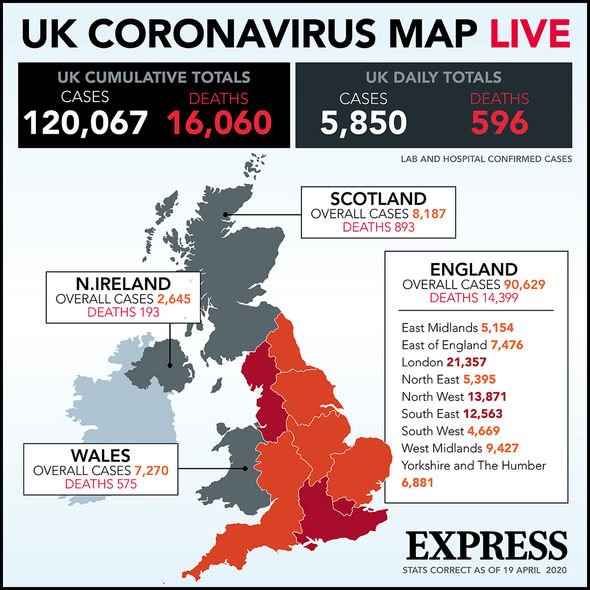 I don’t want to hear from these two

Hitting back at the Duke’s comments, Piers said: “Thank God the British media is showing the reality of this.

“I don’t want to hear from these two if they want to announce a new war with the media. Shut up, seriously.”

Susanna tried to jump to the royal couple’s defence, to which her co-host asked why she was trying to “excuse” their timing of writing to the editors of the tabloid press.

Royal Correspondent for ITV, Chris Ship, agreed with Piers’ view about the comments, explaining the media is “giving people the information” on the virus.

However, he added the timing of their letters to the editors was due to the next stage of their High Court battle with the Mail on Sunday commencing this week.

Piers still vented his fury, telling his colleagues: “That was the old world,” stating coronavirus was “something a million times more important”.

Explaining his take on the coronavirus coverage, the Duke said in his interview on the podcast: “I think what has happened especially in the UK is the very best of the human spirit and it’s proving that things are better than we are led to believe through certain corners of the media.

“Certainly when you’re in isolation it can be very worrying when you’re sitting there and the only information you’re getting is from certain news channels.

“But then if you’re out and about and you’re on the right platforms you can really sense this human spirit coming to the forefront.”

Piers previously hit out at these comments, taking to Twitter where he wrote: “Prince Harry, from his Hollywood mansion, accusing the media of exaggerating the scale of this crisis in Britain is contemptible.”

Again, the host reiterated the media was reflecting the reality of the virus and the tragic consequences of COVID-19 on those fighting on the front line.

The Duke did offer his gratitude to those risking their lives, adding during his interview: “I want to say a huge thank you, as we all do, to all of the NHS workers and everybody that’s volunteering.

“Because up and down the UK, whether it’s from Dorset up to Staffordshire, there are literally hundreds of thousands of people volunteering.”

Good Morning Britain airs weekdays at 6am on ITV.