The Food Network began 27 years ago with a likable roster of stars who simply taught average Americans about the art of gastronomy. Over the years, the show built up those stars into superstars, sometimes with massive egos. A few of those stars have found themselves in trouble as a result, while others are flourishing.

Guy Fieri is a good example of the network’s list of hosts who never usually finds himself embroiled in controversy. However, Robert Irvine seems to have a bevy of fans who still think he lied about his past credentials. On social media, some have even shown envy for his fitness style. Then again, others praise his work with his food charities, among other good deeds. 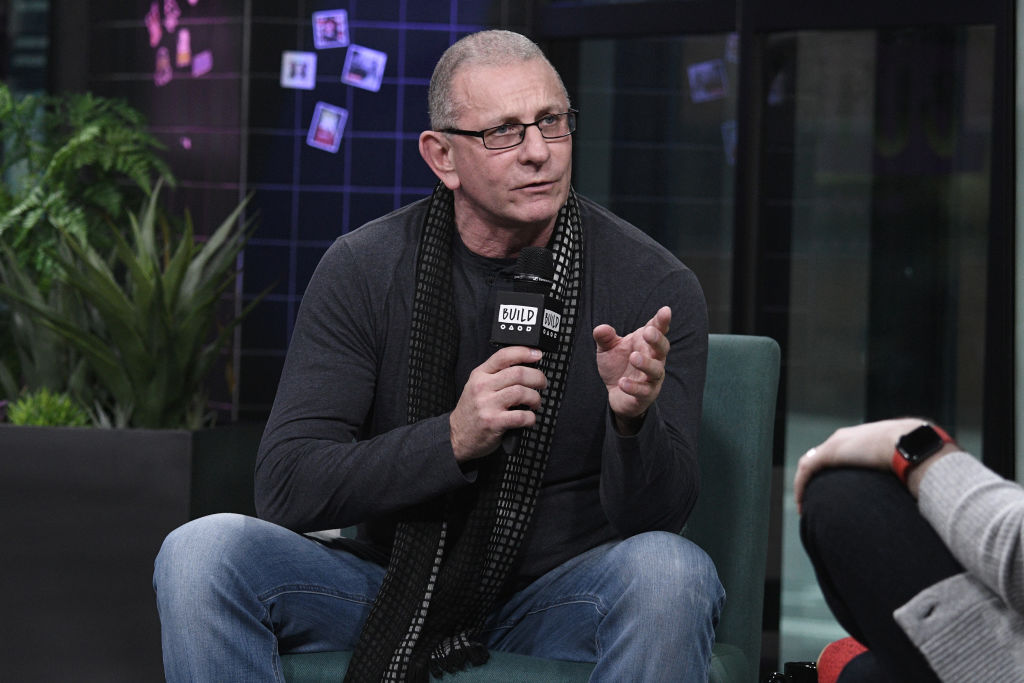 What do fans say about Robert Irvine on social media?

Those who watch Food Network regularly know Irvine from his once big hit Dinner: Impossible. Back when the show began in 2007, it became an instant success, prompting Irvine to release an autobiography that played up some of his supposedly impressive credentials.

In his book, he claimed he worked on Princess Diana’s wedding cake, worked at the White House, graduated from the University of Leeds, plus has a British knighthood. As a result, The Food Network temporarily fired Irvine from Dinner: Impossible, according to Eater. Within a year, he was back after acknowledging he padded his credentials, something amended in new copies of his book. Fans were also forgiving, hence the show continuing one more year until evolving into his even bigger hit: Restaurant: Impossible.

Some fans have never forgiven Irvine, though, for fudging facts on his resume. At least he acknowledged his mistakes if some fans may be showing envy since he always brings fitness into the equation on his shows.

Recently, someone on Reddit made a suggestion Irvine’s fitness may also be fake. Someone started a thread saying he only seems to work out his chest and arms, perhaps giving clues to using steroids or HGH.

These claims are clearly unfounded, and some fans disagreed with the accusation. Others are still on the bandwagon of disliking Irvine as a person. One user said: “He was a judge on GGG once and he was being such a dick to the contestants. I didn’t know anything about him before but now I refuse to watch his stuff. Even though I know him and Guy are good friends and whatever.”

Another user countered with this: “No he isn’t. He was in my hometown for q rebuild and I was in the background. Perfect gentleman other than time constraints.” Clearly, no other star on Food Network seems as polarizing as Irvine is. Negative fans can say what they want, but Irvine continues to lap up success on the network. As other fans note he also does charitable work across several notable categories.

A good reason exists as to why Irvine continues being a mainstay on Food Network. His involvement with Children Uniting Nations has been notable in helping less fortunate children at ceremonies like the Oscars. Plus, Irvine has his own foundation for helping active, retired, or veteran military personnel. He even recently gave back to restaurants hurting from coronavirus (COVID-19) to follow the basic premise of Restaurant: Impossible.

Many of his acts of charity still bring him a code of respect with the majority. Some fans, however, still use social media to go after people they see as suspect. A small Reddit thread will never take Irvine away from being as ubiquitous on TV as his friend, Guy Fieri.

Not many chefs of the past placed fitness into their brands either as Irvine does. Perhaps this makes him a sitting duck for those who really love to eat and never burn off the pounds.