Sons of Anarchy star Johnny Lewis played Kip “Half-Sack” Epps on the FX series during the first two seasons. When the series began, Half-Sack was a prospective member of the titular motorcycle gang. By season 2, he was a full-fledged member.

But the character was quickly killed off — at Lewis’ request. Here is a look inside the tragic life and death of Johnny Lewis. 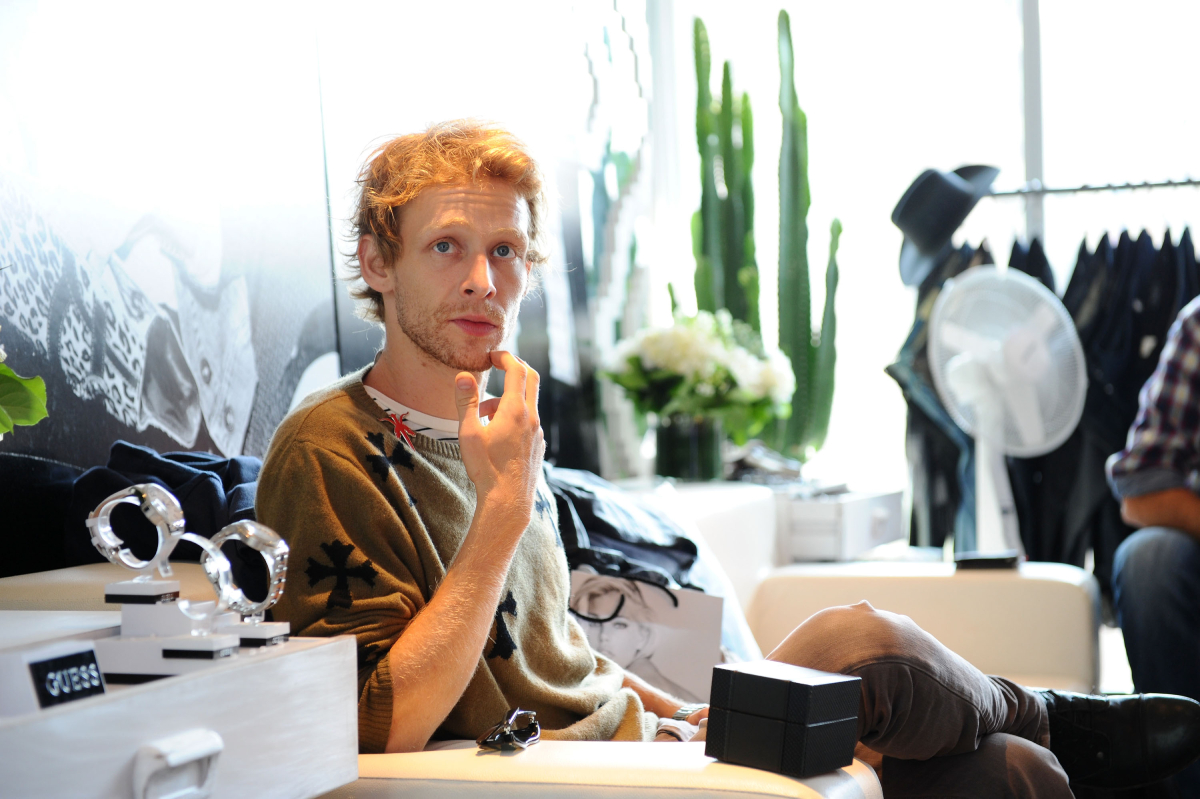 How did ‘Half-Sack’ get his nickname on ‘Sons of Anarchy’?

Fans first met Kip Epps during season 1, and it was revealed he got the nickname “Half-Sack” after he lost a testicle while serving in Iraq. Kip was eager to join SOA, and as a prospective member he was often doing grunt work and other menial tasks.

At the same time, he would also take part in the gang’s illegal activities. Like stealing an ambulance and taking bodies from the morgue. But Half-Sack’s time on the show was very short. He ended up being the first main character killed off Sons of Anarchy.

Johnny Lewis asked to be written out of the show

By season 2, Half-Sack was a true member of the Sons of Anarchy. But, it wasn’t long before they killed the character off the show. It all went down in the season 2 finale when Half-Sack was returning to Jax Teller’s (Charlie Hunnam) home.

Cameron Hayes – a member of the IRA, a paramilitary organization – followed him and threatened to kill Jax’s son Abel. To defend the small child, Half-Sack attacked Hayes. But Hayes ended up stabbing and killing him.

This storyline was the result of a request from Lewis. According to Looper, he asked to be written out of the show because he didn’t want to be associated with the gratuitous violence that he believed Sons of Anarchy portrayed.

Two years after walking away from Sons of Anarchy, Lewis was involved in a bad motorcycle crash. Doctors said that he didn’t suffer a concussion. But, the actor’s family and friends started noticing odd changes in his behavior.

The accident caused Lewis to spiral. He started getting in trouble with the law, with police arresting him a number of times. One arrest was for burglary and assault with a deadly weapon. He was also put on a psychiatric hold and placed in rehab. There was even a suicide attempt.

Johnny Lewis had mental health issues and a drug problem.

According to Lewis’ lawyer, he was suffering from serious mental health issues in the years after he left Sons of Anarchy. It also appears that he had a drug problem.

“[Lewis] suffers from some form of chemical dependency, mental health issue and a lack of permanent housing,” one of Lewis’ probation reports reads. “Given this, [Lewis] will continue to be a threat to any community he may reside.”

On September 26, 2012, police responded to a 911 call about a woman screaming. When officers arrived, witnesses told them that Lewis had just fought with two men. The Sons of Anarchy star was lying dead in the driveway.

The ‘Sons of Anarchy’ star died at the age of 26

According to The Hollywood Reporter, the 26-year-old Lewis had attacked his neighbors before he fell to his death from the top of a building. But the story doesn’t end there.

In response to the news of Lewis’ tragic death, Sons of Anarchy creator Kurt Sutter tweeted, “It was a tragic end for an extremely talented guy, who unfortunately had lost his way. I wish I could say that I was shocked by the events last night, but I was not. I am deeply sorry that an innocent life had to be thrown into his destructive path.”

All seven seasons of Sons of Anarchy are available on Hulu.