Southern Charm is back for Season 7, but not everyone in the cast opted to return to the Bravo series. Cameran Eubanks quit over the summer after rumors swirled that her husband Jason Wimberly had an affair. Kathryn Dennis shared that rumor with Craig Conover during the series premiere and made it clear she’s at war with Cameran. However, Craig is still convinced that he can convince Cameran to come back on Southern Charm. If he can get Cameran to return for season 8, would that mean Kathryn would exit the series? 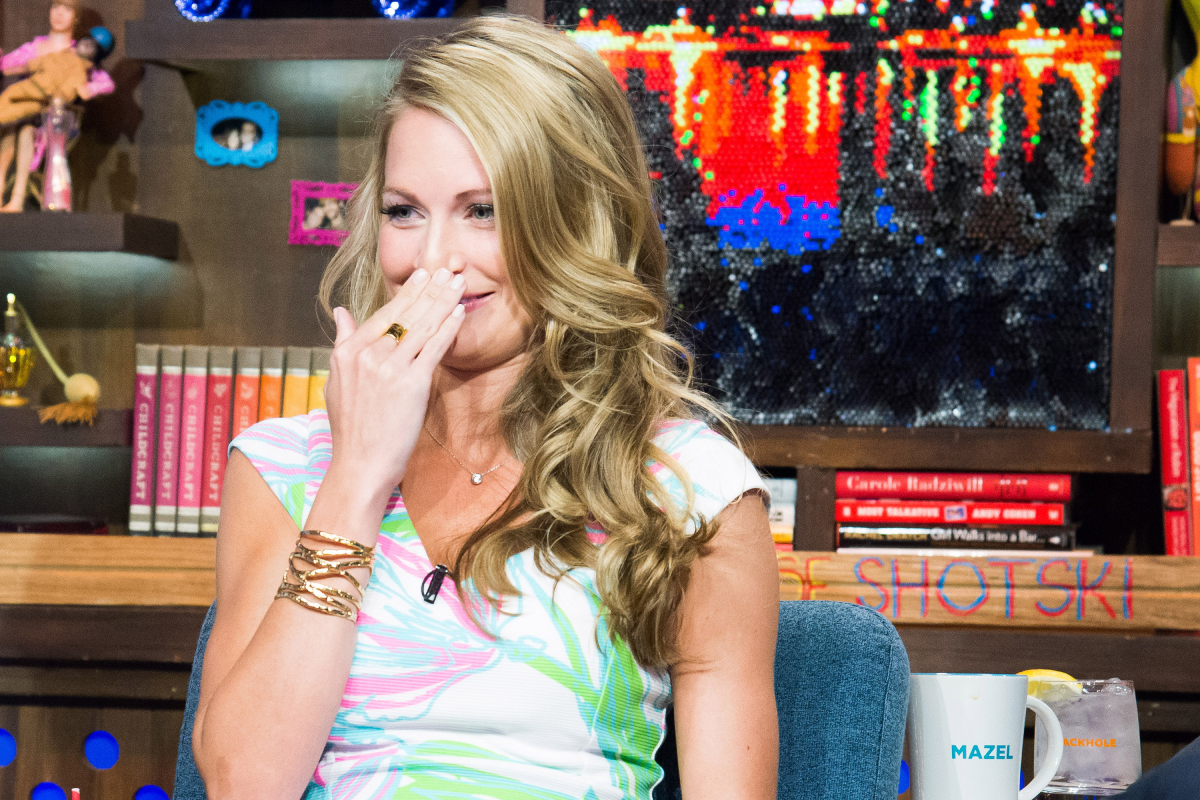 Season 7 of Southern Charm premiered on Thursday, October 29. During the episode, Kathryn brought up the rumor that Jason cheated on Cameran. Craig was quick to shoot down the rumor and declare it wasn’t true.

But Kathryn didn’t just stop at spreading a rumor she heard. Instead, she seemed to suggest that she had a motive for hurting Cameran by claiming she hurt her first.

“I don’t give a f**k about what Cameran thinks. She literally hurt me to my core by the meanest, nastiest things you could ever say about someone,” Kathryn said in her confessional. “So everyone that thinks Cam is just this guy’s girl that is wearing Lilly Pulitzer with a big old smile and perfect teeth? She’s an a**hole.”

During her confessional, Kathryn shared text messages between her and Cameran. When her former co-star found out that Kathryn was telling people on camera that Jason was cheating, she asked her why she would do that. Kathryn replied that rumors were “going around.” But Cameran wasn’t buying it.

“Kathryn, give me a break. Be a good human,” Cameran wrote.

In May 2020, Cameran announced via Instagram that she wasn’t returning to Southern Charm for season 7. The news came at the same time Dennis was shooting the new season and mentioned the cheating rumors to Craig on camera. The cheating rumor then made its way into the tabloids.

Cameran wrote that she was going to make a statement about her decision to leave the show. But when she found out about “insidious rumors” and “fake articles” about her marriage, she simply said that protecting what is sacred is more important than a paycheck.

Cameran explained that drama is necessary to stay relevant on reality TV, and this sometimes results in people creating false rumors. She added that she made her decision to leave Southern Charm months before “fake rumors” about her marriage started swirling.

During her six seasons on Southern Charm, Cameran’s marriage was never up for discussion. Jason was only on camera once at the season 6 finale party when he made a brief appearance.

In regards to the cheating allegations, Cameran told her fans to “make of that what you will and consider the source.”

After Kathryn told Craig about the cheating rumor, he was shocked she would repeat such a hurtful allegation. He went straight to newbie Leva Bonaparte, who repeated his opinion that the rumor simply wasn’t true.

In both her texts to Kathryn and her Instagram posts, Cameran made it clear that stories like this can ruin people’s lives. The two women are obviously at odds, but most Southern Charmers appear to want Cameran back on the show. If that happened in season 8, would Kathryn leave?

As The Hollywood Gossip noted, Craig remains hopeful that he can convince Cameran to return.

“I know that she enjoyed doing it with us,” Craig said. “You know, me and her and Shep [Rose] had been together since the beginning. I have a sneaky feeling that I would be able to get her back next year, but we’ll see what happens.”

Related posts:
TV and Movies
This Morning guest Dibsy spills weight loss secrets as he sheds nearly 20 stone
I'm A Celebrity spoiler: Giovanna chucks FISH GUTS in Vernon Kay's face as Dec is told off for blunder by Ant
Anton Du Beke admits he ‘loses interest’ in Strictly routines: ‘Don’t enjoy it’
Andy Samberg Insists ‘Brooklyn Nine-Nine’ Will Be Honest About Police Brutality
'Euphoria': Twitter Can't Get Enough of This Zendaya Moment in Trailer
Recent Posts
This website uses cookies to improve your user experience and to provide you with advertisements that are relevant to your interests. By continuing to browse the site you are agreeing to our use of cookies.Ok