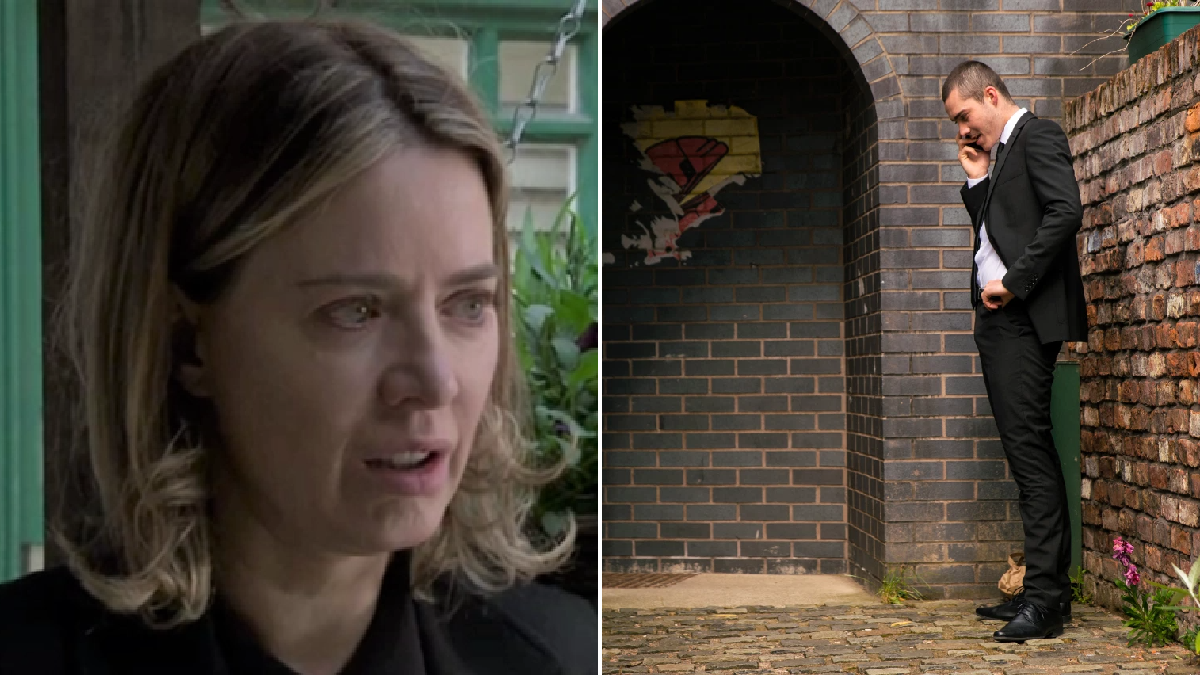 After changing her mind and allowing Nina (Mollie Gallagher) to attend Seb’s funeral, the two of them were emotional tonight as they watched Seb’s hearse pull up on the street.

However, Nina’s sadness turned to disgust when she spotted Corey, who made out that he wanted to pay his respects.

After the funeral, Abi, Nina, Roy (David Neilson) and Asha (Tanisha Gorey) arrived at the Rovers for the wake.

Following another confrontation with Corey, Abi sat in the pub garden processing the difficult day only to overhear Corey on his phone, laughing to his mate about Seb’s death.

Hellbent on revenge, Abi picked up a broken bottle and went after Corey – but can she be stopped?

Could Abi kill Corey if the anger she feels towards him becomes too much?