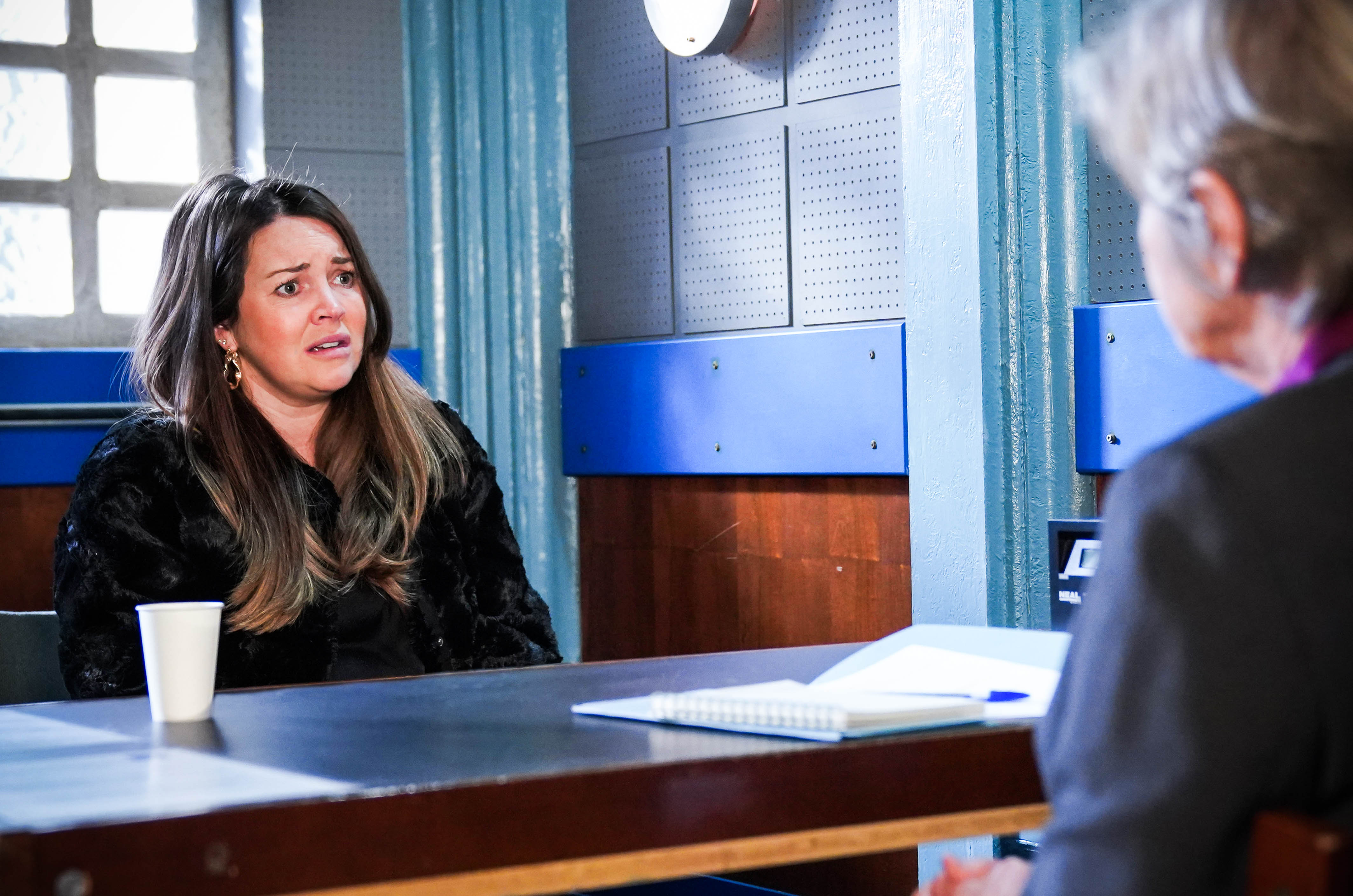 We’ve known Stacey Slater (Lacey Turner) will be leaving EastEnders soon for a while. This is because Lacey will be going on maternity leave following the recent birth of her son. The exit is only temporary, and it appears her departure story may have been revealed.

With Ruby (Louisa Lytton) out for revenge following her miscarriage and falling down the stairs, she decides to destroy Stacey and gets Martin (James Bye) to report her to the police, but could that eventually lead to Stacey spending time behind bars?

Martin and Ruby tell Stacey that she’s been reported to the police so at the station, Stacey is certain that Ruby tripped when she fell down the stairs, she had nothing to do with it and the CCTV footage will back her up.

Back in the Square, Stacey approaches Ruby and Martin attesting her innocence, reminding them that CCTV will prove it.

Ruby proudly states that the cameras have been down, but Martin chimes in that he got them all fixed a few weeks back to Ruby’s surprise.

Gray (Toby-Alexander Smith) tells Martin that with Stacey’s record, if found guilty she’ll do time and advises him to start thinking about what will happen to their children.

As Martin struggles with his guilt, could Stacey’s final scenes see her sent to prison?