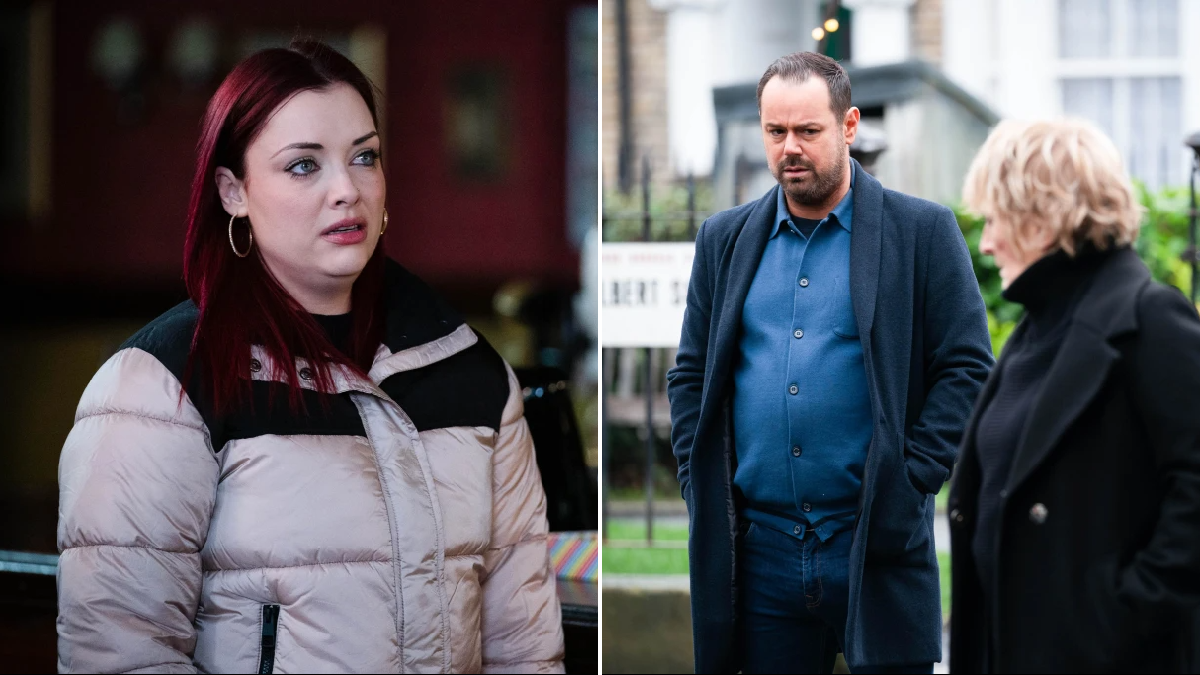 In recent weeks, after the gas explosion, the Carters discovered Tina’s body had been found in the Argee Bhajee.

Completely devastated, the family have tried to find out just what happened to Tina and who put her body under the floorboards.

Coming up, in the week where schedules change for most soaps, Gray is at the station giving DNA evidence for DCI Arthurs, who’s investigating Tina’s death.

When Gray realises the police don’t actually have any evidence to link him to Tina’s death, he refuses to answer any questions and leaves.

At No.1, Mick (Danny Dyer) and Shirley (Linda Henry) barge in to see Gray, desperate to find out what’s going on.

Gray switches on the water works, telling Mick and Shirley he will do his very best to help them where possible.

Meanwhile, at the café, Janine (Charlie Brooks) can’t help herself and tells Sonia (Natalie Cassidy) and Whit about Tina.

As Sonia reels from the news, Whitney makes her way over to see Mick, revealing she thinks Gray killed Tina.

The next day, Shirley demands to know what’s happening, leaving Mick and Whitney with no choice but to tell her.

As the Carter family grow desperate for revenge, who will get their hands on Gray?