STACEY Solomon filmed herself grinding with a mop on the kitchen floor as she joked about boyfriend Joe Swash's inability to load the dishwasher correctly.

The 30-year-old star is famed for her wacky cleaning clips on social media, and often shares snippets of herself getting stuck in with followers. 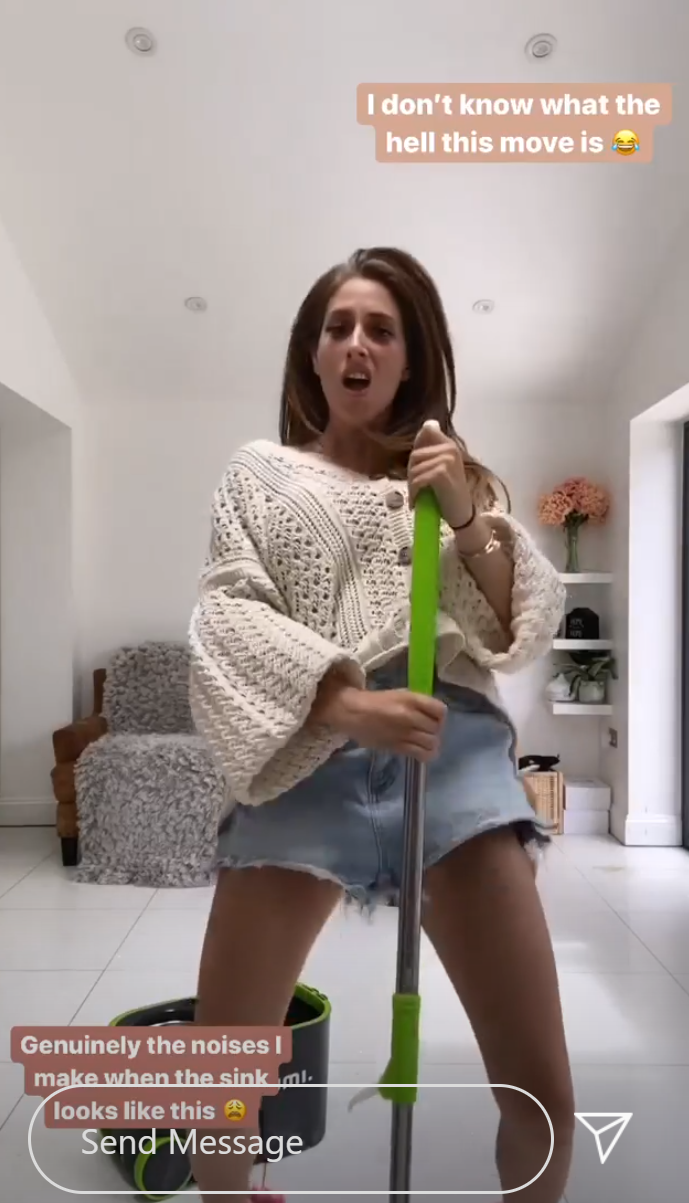 Earlier today, the busy mum-of-three asked her fans for song suggestions of what she should clean to.

She revealed that the most requested track was Chaka Khan's I'm Every Woman, with Stacey admitting that she couldn't believe she hadn't used that anthem yet.

The TV favourite went on to show off her best dance moves while mopping and cleaning every inch of her kitchen and living area. 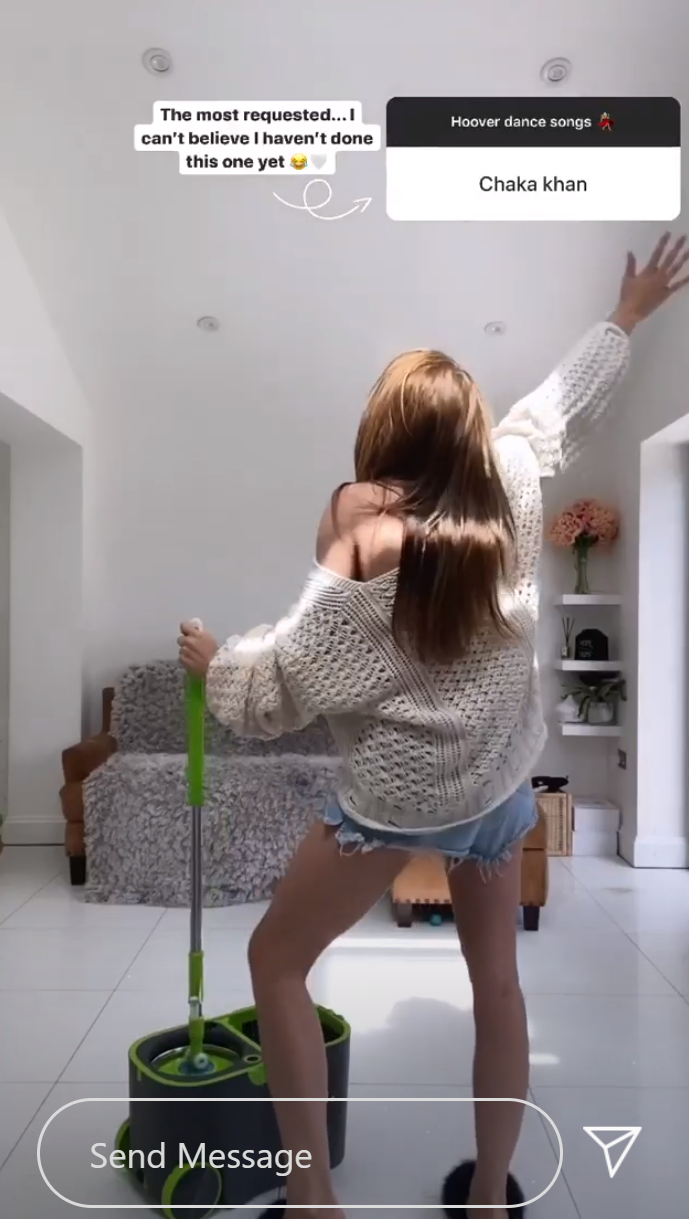 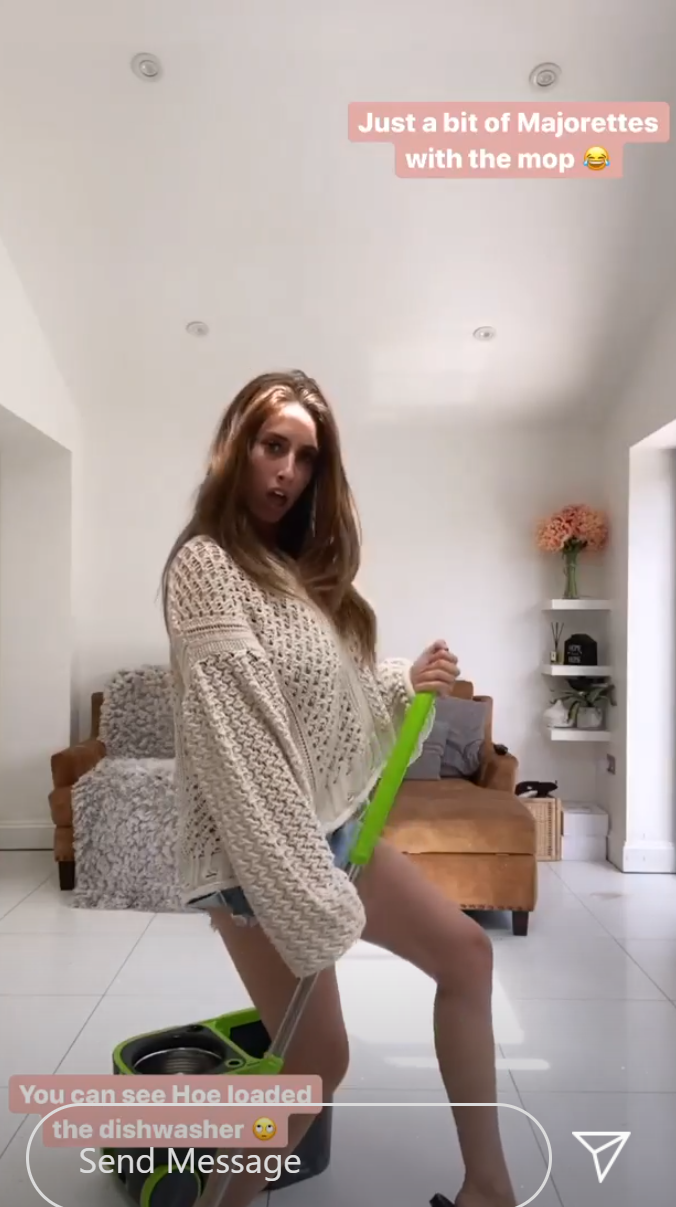 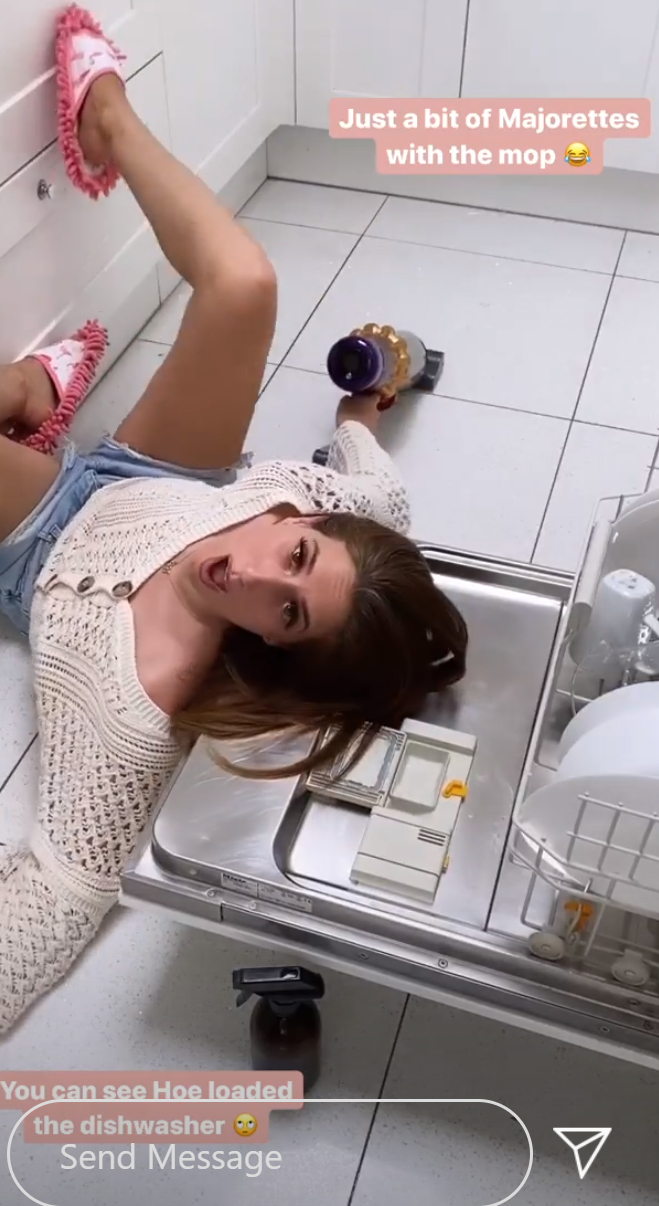 In one video, the star is laying on the dishwasher, wiping the floor with her hands and feet at the same time.

She then pulls the dishwasher forward to unload – joking in a caption: "You can see Joe loaded the dishwasher" alongside an eye roll emoji.

Another fun move saw Stacey jumping forward thrusting her hips as she mopped, with the star also being seen screaming while trying to get on top of the baby bottles in her full sink. 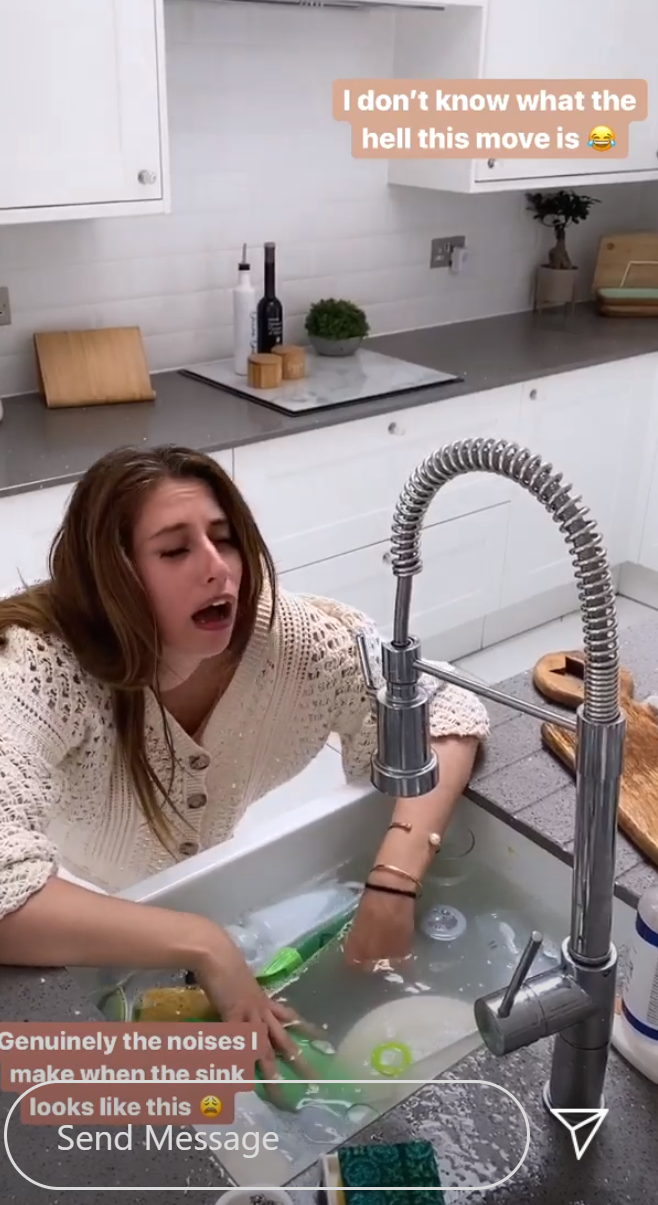 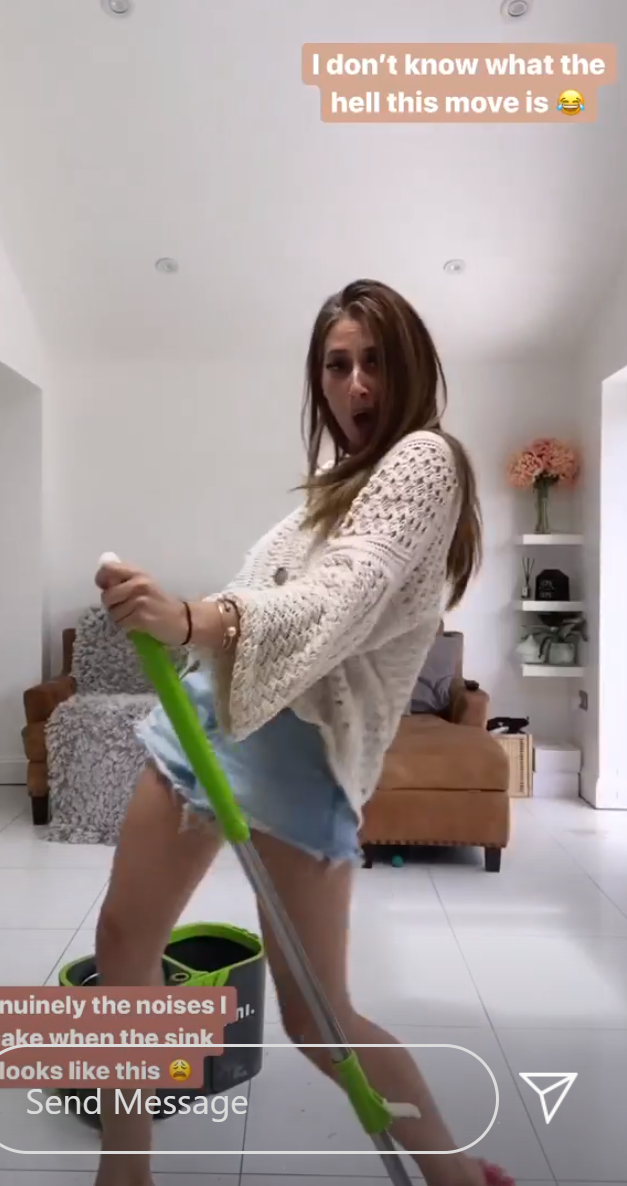 She joked: "Genuinely the noises I make when the sink looks like this."

Stacey also writhed on the floor, and shook her bottom while getting on top of the household chores, lip-syncing to the song like a pro as she did so.

She admitted that some of the moves hurt her knees, but insisted that she had no regrets, explaining: "The tile burn on my knees is real but I enjoyed myself so it was worth it. 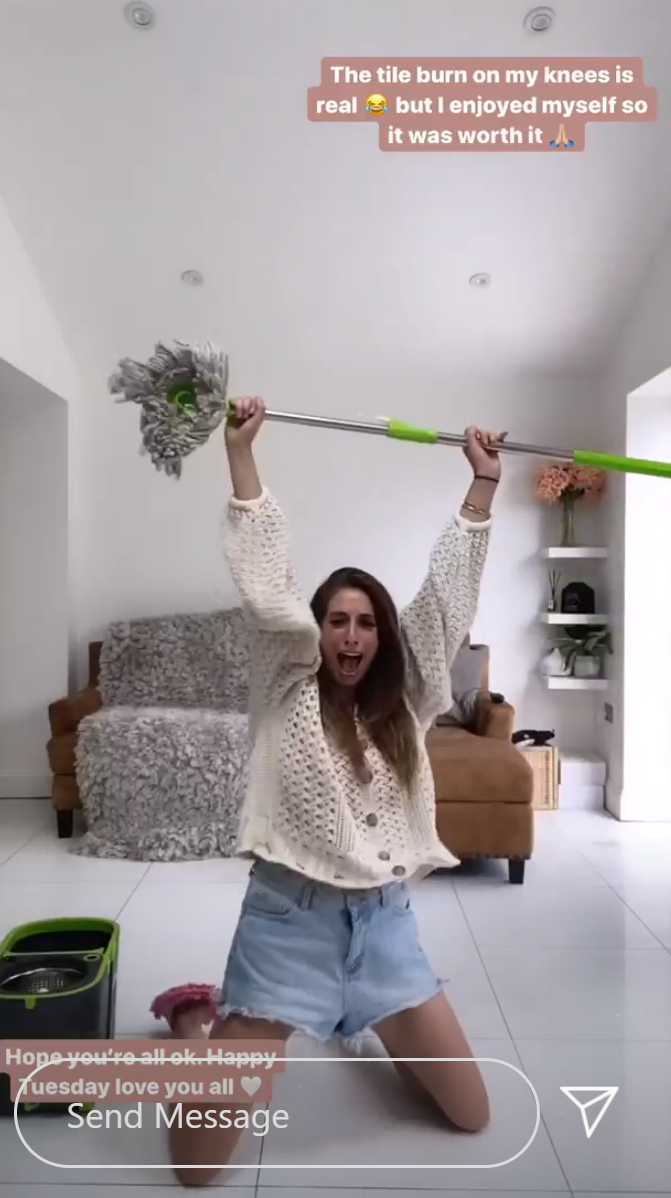 "Hope you're all okay, happy Tuesday – love you all."

Stacey and Joe celebrated their son Rex's first birthday at the weekend, with the star going on to confess that she would like to have another baby with the former EastEnders star.

She is also mum to 12-year-old Zachary and eight-year-old Leighton from previous relationships.