WARNING: SPOILERS AHEAD FOR THE CLONE WARS SEASON 7 EPISODE 10: THE PHANTOM APPRENTICE. Star Wars often mirrors itself across its three trilogies and now the latest episode of The Clone Wars has paid homage to two of the movies. Episode 10 The Phantom Apprentice saw Darth Maul holding out his hand to Ahsoka Tano, Anakin Skywalker’s Padawan, inviting her to join him and overthrow Darth Sidious.

The renegade Sith Lord said: “The time of the Jedi has passed, they cannot defeat Sidious.

“But together you and I can. Every choice you have made has led you to this moment.”

He then put his hand out to her before revealing that he had seen in a vision that her Jedi Master Anakin was destined to be Sidious’ apprentice.

After all, the events of Episode III: Revenge of the Sith begin after the two final episodes of The Clone Wars. 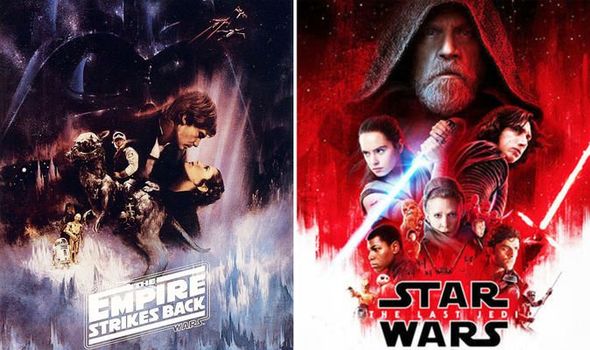 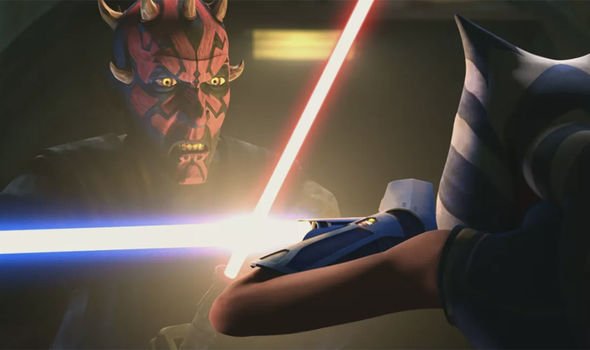 Maul believes he and Ahsoka can overthrow Sidious and the proto-Darth Vader together.

However, she refuses and the two commence a lightsaber duel.

Having knocked her lightsaber out of her hand, Maul says: “I give you one last chance. Join me or die.”

But she replies: “Never!” 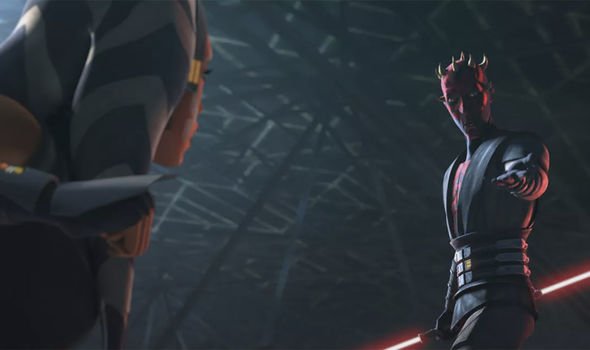 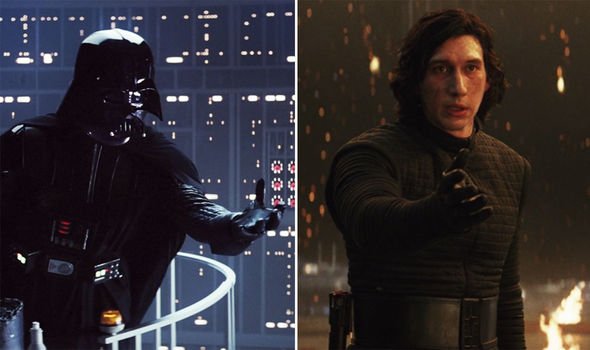 Star Wars fans will notice how this whole scene mirrors the end of The Empire Strikes Back when Luke Skywalker is duelling Darth Vader.

Having had his hand chopped off with the Skywalker lightsaber, Luke sees the Sith Lord with an outstretched hand to him like Maul to Ahsoka.

He says: “Join me and I shall complete your training.

“With our combined strength we can end this destructive conflict and bring order to the galaxy.”

But Luke, like Ahsoka, says: “I’ll never join you!”

Before Vader reasons like Maul: “Luke, you can destroy the Emperor. He has foreseen this. It is your destiny.

“Join me and together we can rule the galaxy as father and son.”

Similarly, both scenes are very similar to the one in The Last Jedi between Kylo Ren and Rey.

Kylo has just slaughter Supreme Leader Snoke and tries to get Rey to rule the galaxy with him.

“Rey I want you to join me. We can rule together and bring a new order to the galaxy.”

Who knows what other Star Wars movie Easter Eggs will feature in the remaining two episodes of The Clone Wars?