With readers turning to their home viewing options more than ever, this daily feature provides one new movie each day worth checking out on a major streaming platform.

In 2014, documentarians Heidi Ewing and Rachel Grady stumbled upon a small article about the New York City-based organization Footsteps, which assists those looking to leave an ultra-Orthodox religion (including both Hasidic and Haredi groups in the Jewish faith). The filmmakers are well known for their ability to earn the trust of cloistered communities (from the Christian extremists of “Jesus Camp” to the tight-knit creative denizens of “Detropia”), and they had long been intrigued by the ultra-Orthodox community that makes up dense pockets of NYC, but had never found a way to crack its insular world. Then they found a program that assists people already looking to leave.

The result of that discovery was “One of Us,” a documentary that focused on a trio of Hasidic Jews, each attempting to break away from their community, while facing tremendous backlash from their former tribe. For fans of Netflix’s recent scripted (but fact-based) hit, “Unorthodox,” Ewing and Grady’s film offers another window into a world that has long resisted outside intrusion and entertainment-based portrayals.

And for those who have already ripped through the popular miniseries, it’s still more essential viewing about a people yearning to be seen and understood. Loosely based on Deborah Feldman’s memoir “Unorthodox: The Scandalous Rejection of My Hasidic Roots,” “Unorthodox” follows 19-year-old Jewish woman Esty (played by breakout Shira Haas), who flees her ultra-Orthodox Brooklyn community for the promise of a secular life in Berlin. 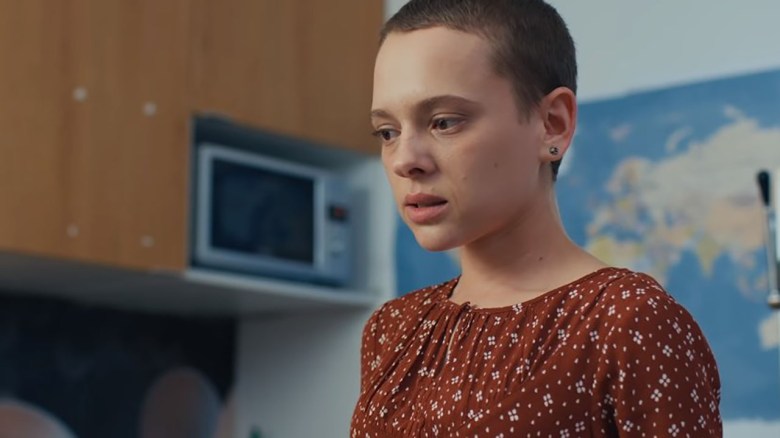 In just four episodes, the series takes both Esty and the audience through a gamut of emotions and experiences that have played out for many ultra-Orthodox Jews seeking a life outside their closed-off communities. Esty’s path is, however, unique when compared to many others who attempt a similar endeavor: She’s able to not only leave Williamsburg, but the country (she makes a break for Germany), where she has family (her estranged mother) already living outside the confines of their religion. Esty’s path is in no way easy, and the Maria Schrader-directed series takes pains to portray that in elegant, respectful ways, but it offers just one look at what happens when someone seeks to leave the only world they’ve ever known.

But what happens when someone like Esty has nowhere to go? “One of Us” answers that question with three heartbreaking examples. Ewing and Grady spent months getting to know possible subjects — they attended various Footsteps meetings without cameras to earn trust and learn more about the world they wanted to investigate — before settling on three people with distinctly different stories.

The result is a wide-ranging look at a particular world that only further expands the situations explored in “Unorthodox.” Subjects Etty, Luzer, and Ari have their own unique reasons for leaving – Etty’s are the most devastating, and will likely strike the deepest chord in “Unorthodox” admirers  – but the fallout from their choices comes with discomfiting similarity. Unlike Esty, they are not able to decamp from New York City, often still staying inside the world they are attempting to leave, adding yet another layer of worry and fear to their already-fraught existences.

During production, the trio would often take refuge at Ewing and Grady’s office, and even during editing, the film’s subjects would occasionally stop by for a moment of respite before returning to the very places and people they were trying to escape. Perhaps that’s why there is a level of immediacy to the film, even today, that is hard to shake, the yearning to be free never quite fully resolved.

“Something about this one is a different experience for us,” Ewing told IndieWire in 2017. “Partly because our subjects live here, and there’s contact and we’re involved in their lives right now. It’s like an ongoing saga. The movie is over, but it really still feels like we’re in the middle of it.”

“One of Us” is currently streaming on Netflix.