Survivor: Winners at War is the 40th season of the long-running show; however, there are still many firsts happening weekly. Jeff Probst finds the whispering, side talks, and getting up at tribal council intriguing. Fans enjoyed the change of pace at first.

However, in episode 12, Denise Stapley finally did what fans have been asking Probst to do for weeks now. She took Probst’s job and shut down the whispering at tribal council. 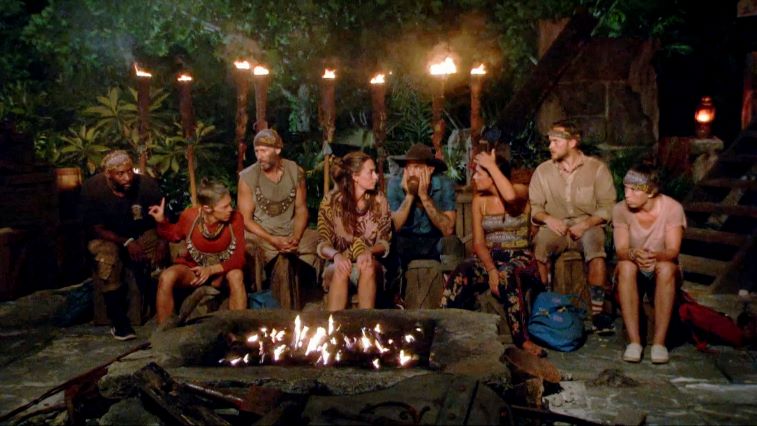 ‘Survivor 40: Winners at War Episode 12’: What happened at Tribal Council?

The past several weeks of Survivor: Winners at War saw an increase in the side discussions and whispering at Tribal Council. In the previous seasons of the show, Probst asked questions while the castaways responded. It was expected that during this time, the other survivors were to remain quietly in their seats.

Last week, fans took a breath of fresh air when there were no side discussions. Some even questioned whether CBS and the Survivor producers had edited out the whispering, due to fan complaints. However, the side talks began again this week, until Denise did what viewers at home are begging Probst to do.

“I’m done,” Denise told Jeremy when he tried to whisper to her at Tribal Council. “I’m ready to vote.”

She shut him down.

“You know you’re only safe tonight, though?” Jeremy asked her.

“I fully realize that,” Denise responded.

Then everyone else stopped talking and whispering. Probst cautiously asked if they were ready to vote. The group silently nodded, and then the vote proceeded. Both Tony and Jeremy considered playing advantages but ended up deciding against it. In a five to 3 vote, Kim Spradlin-Wolfe was sent to the Edge of Extinction.

“Props to Miss Denise shutting everyone up at Tribal like we ALL wanted to,” one fan wrote on Twitter.

Viewers all over social media commented about how happy they were that Denise took it upon herself to end the discussions.

“Denise being OVER the tribal whispering, and speaking all of our minds was the highlight of the episode,” another fan wrote on Reddit.

Other fans added that the sid conversations should be banned once the contestants arrive at tribal council.

“There should be no talking after the vote outside of playing an idol/advantage,” added another fan.

“Yeah, I get where she was coming from at the moment, I truly do, but that just didn’t come across well,” one fan commented.

Some fans are concerned that the brash tone Denise used with Jeremy is going to hurt her. She snapped at him and told him outright that she didn’t want to work with him. Then she wrote his name down, and he did not get voted out.

“How did this hurt Denise’s reputation at all?” questioned another fan. “Shutting down all that sh*t that shouldn’t be happening at tribal? Makes me like her better. Unless you mean her standing in the game, which was going to happen regardless due to the vote.”

Another fan pointed out that whether or not she spoke harshly to Jeremy is irrelevant. She still did not vote with the majority of the players, and now might not have an alliance.

The series airs Wednesdays at 8 p.m. EST on CBS.

Read more: ‘Survivor 40: Winners at War’: Fans Are Begging Jeff Probst to Shut Down the Whispering at Tribal Council