With only six hours of Survivor: Winners at War remaining, fans are getting more and more outspoken. This season has seen a dramatic increase in the number of Survivor players who have left social media or made comments about harassment online. Why are fans attacking contestants on social media this season? 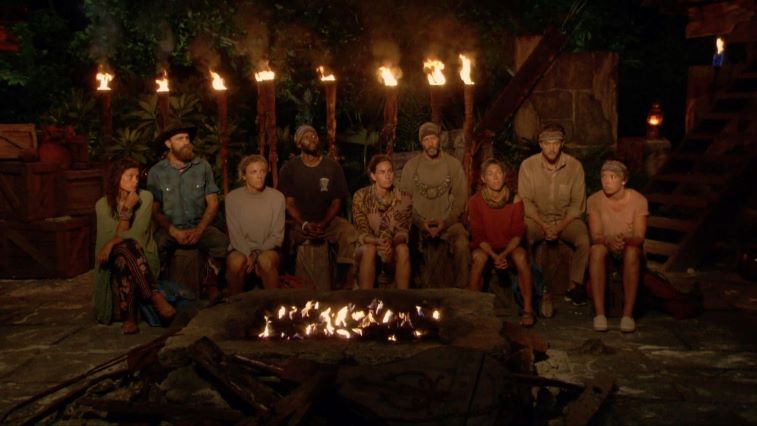 ‘Survivor: Winners at War’ Contestants Sandra, Tony, and Michele all clapped back at fans on social media

Early in the season, fans were complaining about how often Sandra Diaz-Twine sat out of challenges. Then the fandom took the harassment to a whole new level when she raised the white flag on the Edge of Extinction. Sandra chose to leave the game entirely after getting voted out, instead of trying to compete to get back in. Sandra had to leave a fan Facebook group, and make numerous comments on Twitter to let fans know that they were out of line in their comments.

Last week, Michele Fitzgerald and Tony Vlachos tweeted to let fans know that the harassment of contestants on social media is not OK.

“‘Players’ are just that,” Tony tweeted. We do NOT have a role where we’re reading off a ‘Flawless player’ script! We’re average people, in a jungle being extremely vulnerable, playing a game! STOP the personal criticism! We play OUR game, and the edit tells THEIR story!”

Michele wrote something similar, explaining that she is “emotionally drained” every week after reading fan comments. Sophie Clarke closed her social media accounts altogether, likely due to cyberbullying, according to fans.

“I think it’s gotten worse this season because people feel much more strongly about winners than they do about other players,” one fan wrote on Reddit. “The emotions and the stakes are both much higher. So everything has been kicked up a few notches.”

Survivor: Winners at War brought back 20 previous winners — many who were fan-favorites. Some fans surmise that because people are emotionally invested in these players, they get more upset when a favorite is voted out.

“Twitter is absolutely horrible at responding to reported tweets,” added another Redditor.

Other fans add that some social media websites are worse at punishing harassers than others. Some point to the producers for the way they edited the show.

“Production added fuel to the fire by giving such jerkish and mocking edits to Wendell, Nick, and Adam,” the original poster continued. “That made it even more likely that fans would have negative opinions about those players.”

“I think we should tweet to Jeff Probst, and the CBS Survivor twitter account, and request that they take some time to discuss this at the reunion show,” the Redditor continued. “If enough of us tweet to Jeff, he might take notice.”

Some fans are unsure whether this action would help. Others commented that it does not hurt to try. They hope that Probst — the host of Survivor: Winners at War — could take a moment to share some of the hateful words the contestants are receiving.

The Bachelor host, Chris Harrison, invited a special guest to the “Women Tell All” episode to address cyberbullying. It sounds like fans are hoping that Probst does something similar.