Though the special Taylor Swift “In Conversation” event Saturday as part of the Tribeca Film Festival was billed as an hour-long chat with Swift and director Mike Mills about Swift’s work as the director, producer, writer, and star of “All Too Well: The Short Film” it just wouldn’t have been a complete event without, you know, the singer actually singing. Which she did, as the event drew to a close.

“Do you have an extra 10 minutes?” she said with a smile before launching into a very special “All Too Well (10 Minute Version)” performance, complete with a bright red guitar and plenty of fan screams.

Prior to that thrilling singalong, a sold-out crowd of about 3,000 was treated to a conversation between Swift and “Beginners” director Mills at the Beacon Theatre. The pairing wasn’t quite as random as it may first appear; Swift noted she and Mills are both members of the “Aaron Dessner Cinematic Universe.”

Mills — an obvious fan — dove right in, and asked Swift about why the timing was right for her to try her hand at directing a 15-minute short film now (it originally premiered alongside Swift’s album “Red (Taylor’s Version)” in November 2021, and of course Swift has directed several of her own music videos prior to this.)

“I’ve been very fortunate to be able to be on sets of music videos for 15 years,” Swift explained, noting how much she learned from “Miss Americana” director Lana Wilson, among others. “And I was always very curious. I was always learning and trying to absorb as much as I possibly could. And I think a few music videos in I started to sort of venture into the edit. It started with meddling [laughs] and it went from kind of meddling with the edit to then writing the treatments for the music videos. That was almost 10 years ago.”

Lyrically and visually “All Too Well” explores a relationship between a young woman and a decade-older man. The fan-favorite song is of course one of Swift’s most personal projects as a songwriter, and it was interesting to hear her reflect on a time in her life from over a decade ago, as well as her enduring fascination with a particular era in young women’s lives.

“I think I gave myself permission to completely make that jump into making a narrative short film because this is not a music video; we approached everything differently,” she said. “You know, in shooting on 35 millimeter and all the decisions that were made to create these characters and dive into this world.

“I really do write about girlhood a lot. There’s a lot of girlhood woven through [this]. I’m very fascinated and always have been since I was in my mid-20s with this phase of becoming a young woman where you’re this very fragile and vulnerable age. I think 19 and 20 is such an interesting and profound experience for a young woman because it’s like you have one foot still in girlhood and yet society and the world is telling you you’re an adult and there are so many opportunities for you to lose your girlhood and [have it] taken from you….I think that what I wanted to make was a film about an effervescent, curious young woman who ends up completely out of her depth.” 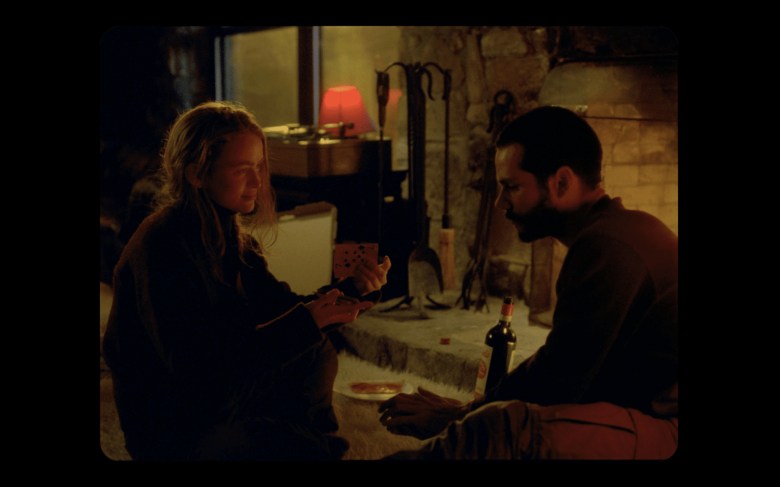 Safe to say mission accomplished. Though they weren’t billed, the short film’s stars, Sadie Sink and Dylan O’Brien, joined Mills and Swift onstage for the latter part of the conversation, praising Swift and sharing their own experiences with the work, with O’Brien joking about his “narcissistic, egomaniacal child” character, much to the audience’s delight.

An amusing moment came when Swift reflected on the centerpiece scene from the video, where Sink and O’Brien’s characters are fighting in the kitchen. “I talked to my friends’ kids or just young people that I know and I’ll have a 12-year-old or a 13-year-old break down to me like, ‘He’s gaslighting right there! That’s psychological manipulation!’ To see her [Sink] she’s questioning whether she really is overreacting. And it gives me hope for future generations because if I was 19 or 18 watching that fight scene, I’d be like, “Oh man, he’s winning.” When we screened it for the first time, we had people in the audience screaming out, ‘Gaslighter!’ I feel really good about the younger generation. Emotionally articulate. Gorgeous.”

As for the big question for the Grammy-winning superstar?

Mills asked Swift if she wanted to pursue directing a feature film. “I would love to,” she said. “It would be so fantastic to write and direct something,” though she noted it would likely be a smaller-scale, “intimate” project akin to “All Too Well.”

So a character-based relationship drama with sharp dialogue and ending twists that make you sob?  Yeah, we’re ready for it.