MTV’s The Challenge is a seriously tough game, and we’ve been watching the drama unfold on the show for two decades. Now, the show is back with Total Madness. And host T.J. Lavin mentioned it’s slated to be the most difficult season yet.

It appears a few veteran players are already looking to strike some deals, too. Ashley Mitchell notoriously won $1 million on Final Reckoning, and she’s looking for another big win. And it seems like she may be hoping to team up with fellow veteran player Mattie Breaux. Unfortunately, Hunter Barfield is warning Breaux that she shouldn’t trust Mitchell thanks to his experience with her on Final Reckoning.

Mitchell may not be the biggest physical threat, but she’s proven time and time again that she’s an amazing social player. And we’ll never forget her huge win on Final Reckoning when she was partnered up with Barfield.

Throughout the entirety of the season, Barfield was hard on Mitchell. And he even took to issuing empty threats to her and her family if she didn’t pull it together and get them to the end. Luckily for the both of them, they were able to work together and win the finale — but a twist ending allowed Mitchell to decide if she would split the $1 million prize money with Barfield or keep it all to herself. Because of Barfield’s treatment of her, she kept the winnings.

“This guy has belittled me, put me down, slut-shamed me, and also threatened my life and my family’s life,” Mitchell said. “I’m keeping the money. I would say I feel bad, but I don’t ….”

Barfield is still taking jabs at Mitchell for his shocking loss

Barfield was shocked that Mitchell was taking all of the money for herself. But Mitchell’s made it clear she has zero regrets. “I just hoped I would have the opportunity to tell him, all the boys on The Challenge, and all the boys in the world that you just can’t say whatever you want and have everything be fine the next day,” she told Bustle.

However, Barfield took to social media to slam Mitchell again and again. “Ashley and I BOTH said things I’m sure we wish we could take back some of it you got to see but MOST of it you didn’t,” he tweeted back in December 2018. “Regardless I would have never taken the money she was my partner and she deserved it just as much as I did.”

Barfield is also paying attention to MTV’s Instagram for the show. “At least I was thanked,” he commented on a video that MTV posted of Mitchell. And when a follower asked him if he’d unblock Mitchell on social media, he answered, “I have 500,000 reasons not too.” 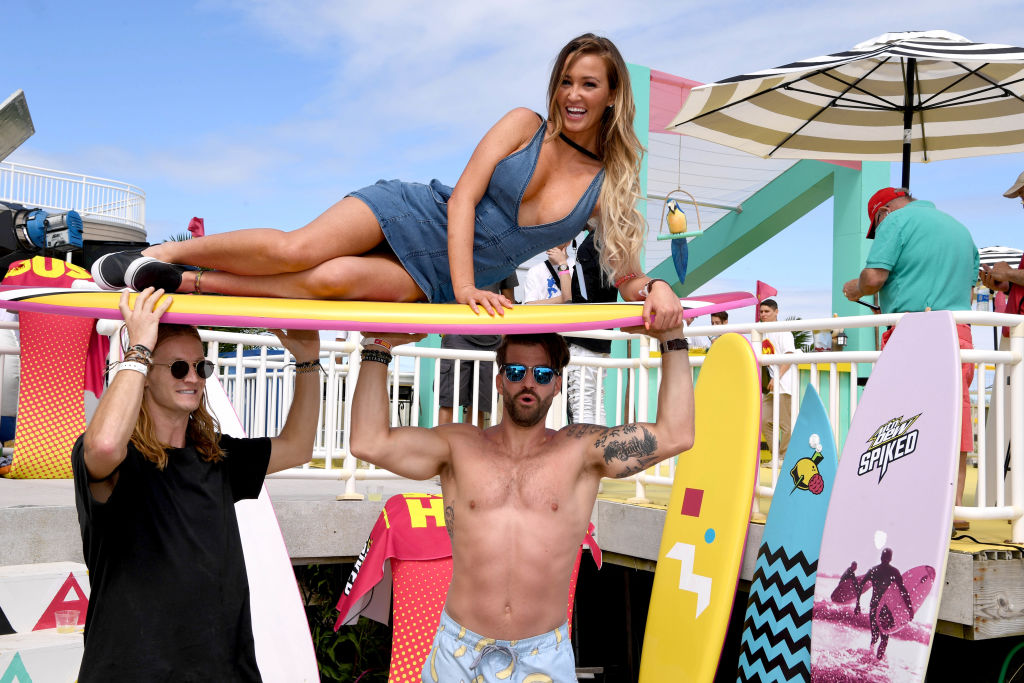 Barfield didn’t return for Total Madness. But Mitchell did — and a clip from the show shows Breaux making deals with Mitchell.

“I did not think I’d like Ashley,” Breaux admitted to the camera after shaking Mitchell’s hand in a deal. “Sometimes you have to keep your friends close and your enemies closer. I’ll hear you out, see where we’re going with this.”

Barfield isn’t impressed with this move, though. “I got 1 million reasons why you can’t trust her @mattielynnbreaux,” he commented on the video.

Fortunately for Mitchell, it seems many of the comments favor her side.

One follower commented to Barfield, “you had it coming though.”

Another wrote, “You still are in denial of your disgusting behavior towards @mtvashleybrooke (your partner) the entire season… wow! Apparently, you’ve learned nothing till this day #smh …. Ash, I would’ve done the same! I hope YOU and your FAMILY have enjoyed being millionaires.”

Fellow contestant Dee Nguyen is siding with Barfield, though. “Looks like a snake will be revealed,” she wrote. “Great, now I can say I slept with 2 snakes 2 seasons in a row.”

We’ll have to wait and see if Breaux regrets her decision to work with Mitchell on this season of The Challenge!