Bradley Walsh is on hand to assist the contestants in their efforts to beat the Chaser and take home a share of the jackpot prize fund each evening on The Chase. However, sometimes the ITV host is left stunned by a player’s admission or their decision when it comes to choosing a high or low offer from the Chaser. This happened in the latest edition of the quiz show, as Bradley couldn’t resist making his feelings known when a player gave his reasoning behind a decision.

The first player to face Mark was Sue who earned an impressive £7,000 in her cash-builder round.

Bradley asked her teammates what advice they could give her when she was faced with a higher offer, lower offer or sticking with the money she’d earned.

They all encouraged her to stick with the £7,000 and the 49-year-old safely made it through to the final. 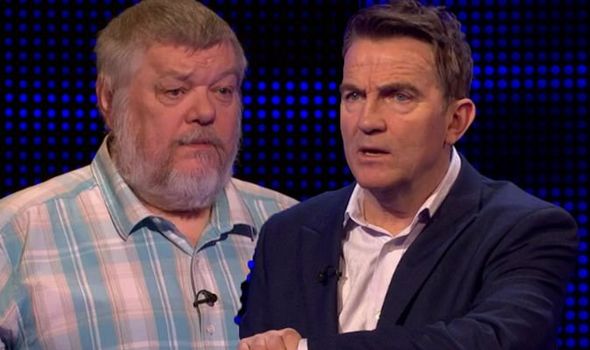 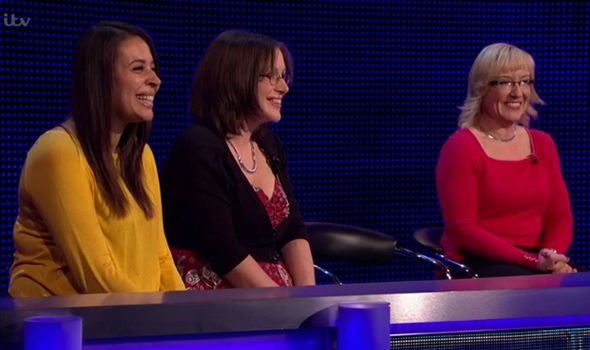 Garry was next up and earned an even better £8,000 in his cash-builder round but once again the team were cautious with their advice.

All three contestants urged Garry to stick with the £8,000 rather than risk his place in the final and aim for the higher offer of £32,000.

The 61-year-old told Bradley he would stick with the money he earned before confessing his wife had “warned against” him taking the higher offer.

However, the accomplished quizzer breezed past Mark in his head-to-head and The Chase host then hit out at Garry’s wife for her “shocking” advice. 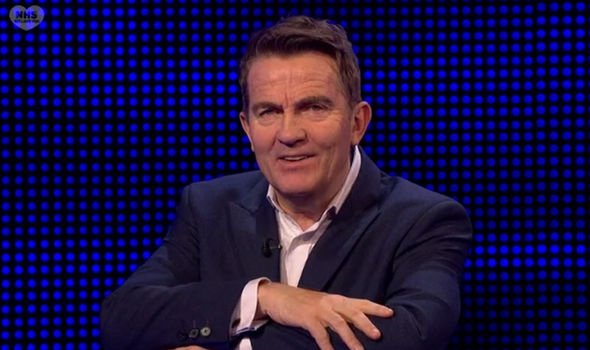 After his win, Bradley asked: “Garry, what’s the wife’s name?” before Gary told him it was Janice.

Shaking his head, the host said: “Janice, shocker. Janice, because of you darling, we’ve just thrown away £32,000.

“Hope you’re happy. Garry wanted to go for it he was whispering to me, ‘I’m going to go for it but Janice won’t let me.’”

The Chase viewers joined in with Bradley’s teasing as one wrote on Twitter: “Damn you Janice not telling your hubby to go for it.”

While another shared: “Well done Garry…your wife has held you back from a chunk of money!! #TheChase.”

Next up to face the Chaser was Claire who earned £5,000 in her cash-builder round and was advised not to take the lower offer of minus £3,000.

Claire opted to play for the money she earned but was caught out by Mark before the final contestant followed suit.

Jemma also got five questions right in her cash-builder round and was offered an insultingly low minus £6,000.

Sue warned Jemma not to take the low offer but Bradley stepped in and reminded her that if she or Garry had taken a higher offer than the team could have afforded for Jemma to take a low offer.

The 25-year-old stuck with her £5,000 but was beaten by Mark who went on to defeat the team in the final chase.

The Chase airs weekdays on ITV at 5pm.