The Chase was back with the penultimate instalment of the week and today, Braldey Walsh was joined by Paul “The Sinnerman” Sinha  in the Chaser hot seat alongside four more contestants hoping they had what it takes to leave with their pockets lined. After a disastrous start which saw the first two players eliminated quickly after facing the board, Camilla changed the game and she and Will went onto win £15,000 each. And Paul revealed how they managed to beat him.

After Bradley ran over the rules of the quiz show, Charlie, 44 from the Wirral was up first and he managed to answer five questions correctly in the cashbuilder.

After being offered a measly £1,000 to go low or tempted with a whopping £25,000 to go high, he stuck with what he won, but it wasn’t long before he was caught by Paul.

Catherine, 51 from Northampton hoped to pave the way for the rest of her teammates, but after choosing £4,000 on the board, she too followed Charlie out of the game.

However, those watching at home saw the episode dynamic change as soon as Camilla, 22 from Totnes stood up for her first round. 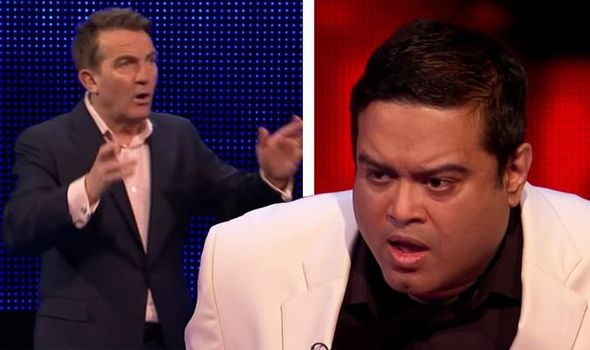 After admitting she wasn’t confident with the answers she gave, it was touch and go several times and at one point, viewers were left on a cliffhanger when it came to the final question for her to decide whether she would make it back with the £40,000.

However, her lucky guess paid off and she banked her winnings. 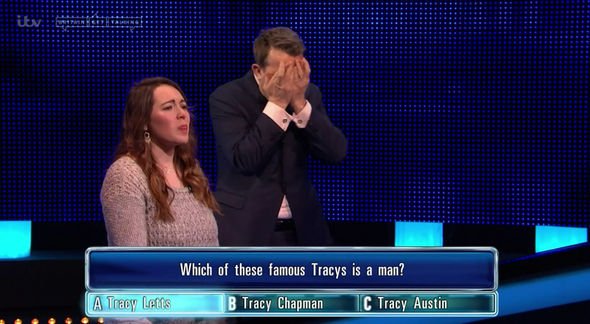 After a quick chat with his teammate and much to viewers disgust, he chose to the minus offer, but it paid off.

Several questions later he returned to Camilla’s side and together they faced the final chase. 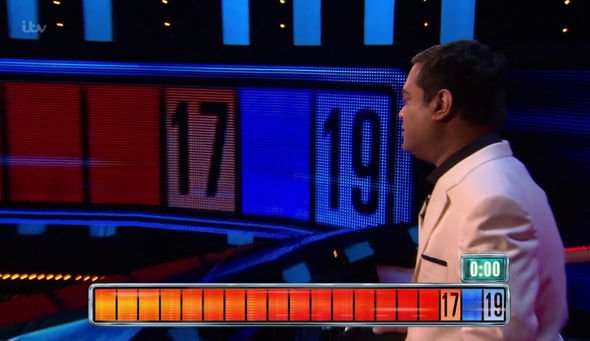 After a two step head start, together they managed 19 and it was Paul who held the power of whether or not they walked home with £30,000 or nothing.

The Chase fans went wild when Paul slipped up two times, and this offered the players a chance to push him back.

With two steps remaining the time on the clock ran out and Paul failed to chase the contestants.

Together, Camilla and Will were awarded a whopping £30,000. 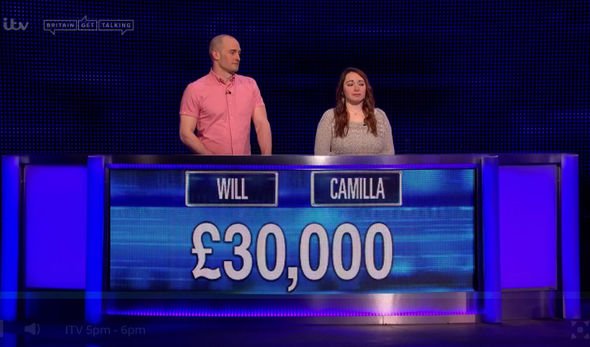 Upon they victory Bradley said: “The two pushbacks did it. Getting you back Will was the crucial difference between going home with nothing and going home with £30,000.”

“Really well played,” Paul remarked. “You played the game as it was meant to be played and you got the tactics spot on.”

“It’s all about the tactics,” Bradley added.

The Chase airs weekdays at 5pm on ITV.