Season 4 of The Last Kingdom is showing a different side to many characters, but one important one comes to mind in Lady Aelswith (Eliza Butterworth). She’s a very pious and intelligent woman who only wants the best for England and her husband’s dream. She now realizes she must change and conform to see those goals realized. Read on to learn why Aelswith has a change of heart in the new season. There are spoilers ahead for season 4.

Lady Aelswith isn’t needed like she used to be 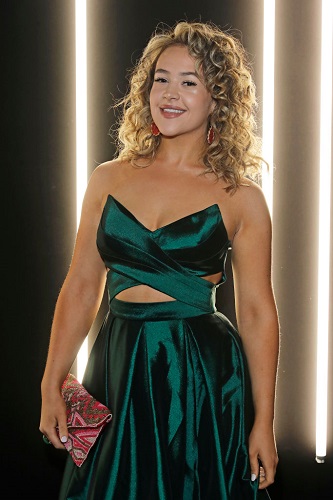 In the time of King Alfred (David Dawson), his wife held avery special place in court. Her word was almost as important as her husband’sand she wielded a lot of influence with everyone. Now that Alfred is gone,Aelswith’s son, King Edward (Timothy Innes) is head of Wessex. Shefinds her son doesn’t need her as much as she’d hoped. Instead, he’s relying onadvice from others, including his wife’s father, Aethelhelm (Adrian Schiller).

Why Lady Aelswith has a change of heart

Aelswith quickly realizes that her efforts to make Wessexgreat aren’t appreciated by her son. She’s being moved to worse rooms and beingtreated with less respect than ever before. She starts to regret her past choicesand the way she chose to treat some people, including Father Beocca (Ian Hart),although she isn’t able to stop him from going off with Uhtred (AlexanderDreymon).

She helps stop the Danes by defying her son and king

When Aelswith’s homeland of Mercia is attacked by the Danes,she strongly encourages her son to come to their aid. Her own daughter is theLady of the Mercians and she chooses to go off and rally the men to fight.Aelswith keeps this a secret and doesn’t tell her son until he confronts her aboutit. When her good advice isn’t taken by her son, she defies him by sendingFather Pyrlig (Cavan Clerkin) to the Welsh to get them to join the fight.

With the Welsh backing the Mercians, they win the fight whenEdward decides to join the battle once it’s already begun. In the end, he seemsto have taken his mother’s advice and helped his sister and fellow countrymen.

Aelswith even reunites Edward’s first wife with her son Aethelstan

Aelswith is redeeming herself all over the place in season4. She arranges a meeting between Edward’s first wife with her son, Aethelstan,who she hasn’t seen in years. Aelswith tells her they can never see each otheragain, but she’ll keep a watchful eye on the child. She knows that the reasonthey are separated is because of her doing when she urged Edward to marryanother noblewoman instead, something she’s come to truly regret.

Lady Aelswith has had a change of heart and she realizes shecan no longer act the way she used to. She must conform to this new way of lifeto survive, but she’ll also try to do the right thing along the way.