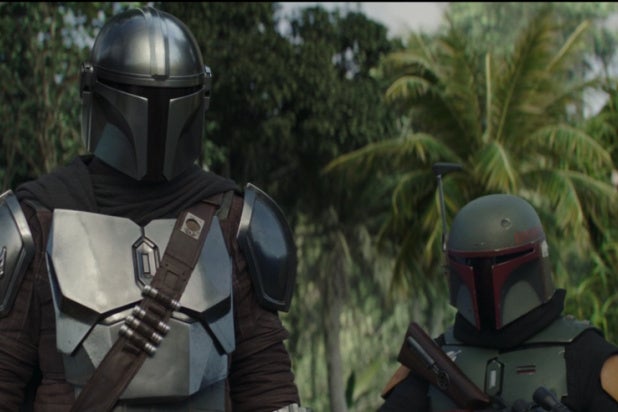 The season 2 finale of “The Mandalorian” was a doozy, wrapping up one of the show’s biggest plot threads and dropping a pretty big cameo in the process. But it save one more surprised for the very end of the episode, with a bonus scene after the credits that sets up something.

Whatever this thing is is called “The Book of Boba Fett,” and the post-credits scene for the “Mandalorian” finale promises it’s coming in December of 2021. No further details have been provided, and Disney and Lucasfilm haven’t made any kind of official announcement about it yet.

So right now, those of us who stayed up to watch the “Mandalorian” season 2 finale are left to wonder and speculate about what exactly they just teased us with.

A quick recap of the bonus scene for those who missed it or just weren’t clear on what exactly happened there.

This scene takes us, once again, back to Tatooine, but it’s a location we haven’t seen on “The Mandalorian” during the two episodes that Mando has spent there. But this is a spot we already know: it’s Jabba’s palace from “Return of the Jedi.”

Jabba is dead, of course, strangled by Princess Leia in that film. Instead we see another familiar face: Bib Fortuna, the twi’lek best known for answering the door when R2-D2 and C-3PO came calling at the beginning of the film. He’s got a new throne where Jabba used to lounge, and presumably he took over at least some of Jabba’s criminal enterprises after he died.

But Bib Fortuna’s time is over, as Boba Fett (Temuera Morrison) and Fennec Shand (Ming-Na Wen) are here. Boba Fett walks in, strolls up to ole Bib, and shoots him squarely in the chest. Everybody else in the room clears out, and Boba Fett sits on the thrown, Conan the Barbarian-style, with Fennec by his side.

So what’s going on here? Your guess is as good as mine. Is this a show? A Disney+ movie? Is this, somehow, the crossover event between “The Mandalorian” and the newly announced “Ahsoka” and “Rangers of the Republic” series that Disney mentioned last week? Or is this simply a third “Mandalorian” spinoff that they kept secret during that deluge of new show announcements?

There’s no clear answer just yet, but an announcement should be forthcoming relatively soon. One presumes the silence from Disney and Lucasfilm right now is to keep the post-credits tease a surprise for folks who haven’t watched the “Mandalorian” finale yet. So hopefully we’ll get that answer soon enough.