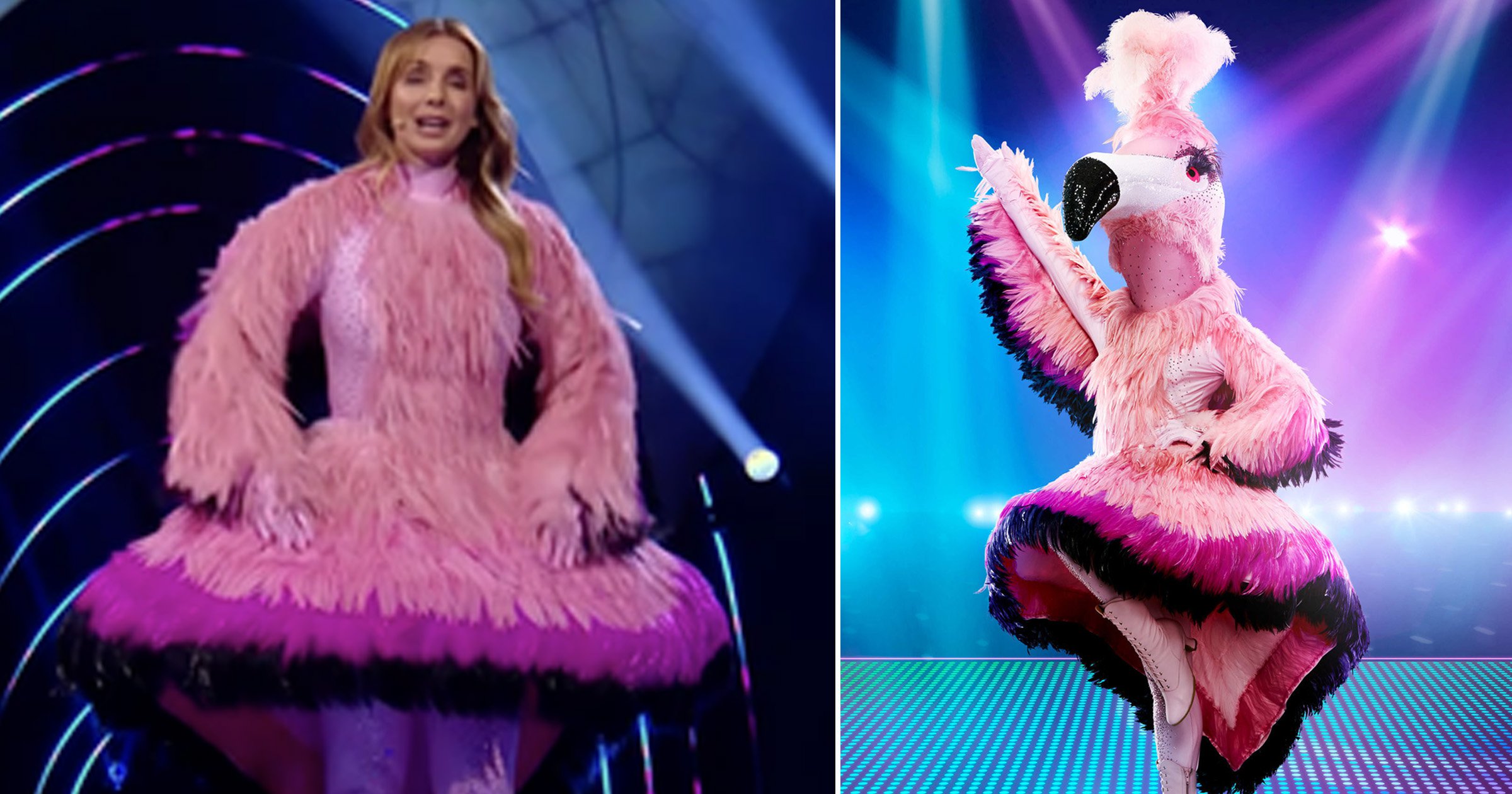 The Masked Dancer’s Flamingo has been unmasked as Louise Redknapp as she became the second celeb to be eliminated from the show.

The singer and media personality was a member of R&B girl group Eternal, and she failed to impress the audience and judges Davina McCall, Jonathan Ross, Mo Gilligan, and newbie Oti Mabuse on the second episode of the show.

However, she had a blast on the chaotic series, explaining she took part because she ‘it just seemed so fun’.

‘After being in lockdown for so long, it felt like such a nice change to get out and not only dance, which is something I love, but keep fit and just thoroughly enjoy doing something fun,’ she said.

‘The dancing appealed to me because it’s something I love to do but it isn’t my sole vocation. It’s not my job but I do use it within my job.’

Louise told the judges that her kids didn’t know she was on the show, and it was no doubt an exciting moment for them to finally find out.

Jonathan managed to guess it right, but Oti, who has danced with Louise before, didn’t manage to guess it correctly.

What were the clues?

The Masked Dancer airs every day this week, and is based on the wildly popular format of The Masked Singer, which has seen stars including Sophie Ellis Bextor, Mel B, and Nicola Roberts compete.

The costumes for the series have been unveiled, and with the likes of Carwash, Zip, Rubber Chicken and Knickerbocker Glory all taking part, they’re just as wacky as the different identities we’ve already seen on The Masked Singer.

Joel Dommett is hosting the series, while it’s up to the panel of four judges to guess the celebrities’ identities.

A UK adaptation of The Masked Dancer was commissioned due in part to the success of the original American version, which began airing its first season on Fox last December.

The Masked Dancer returns tomorrow at 7:30pm on ITV.