It’s time to meet the Dragon.

Season 4 of The Masked Singer is nearly upon us and that means we have a new set of elaborate, over-the-top costumes to pore over. ET exclusively debuts the first look at the Dragon, as well as a brand new promo.

The Dragon will be one of 14 new characters braving the Masked Singer stage and showing off their singing talents.

The others are Gremlin, Snow Owl, Crocodile, Giraffe, Broccoli, Popcorn, Seahorse, Jellyfish, Mushroom and Sun, as well as Whatcha Macallit (related to season 2’s Thingamajig?), Squiggly Monster (a member of Monster and Miss Monster’s family?) and Baby Alien (an offspring of the Alien from season 1?).

Check out the Dragon’s costume, exclusively at ET, below. 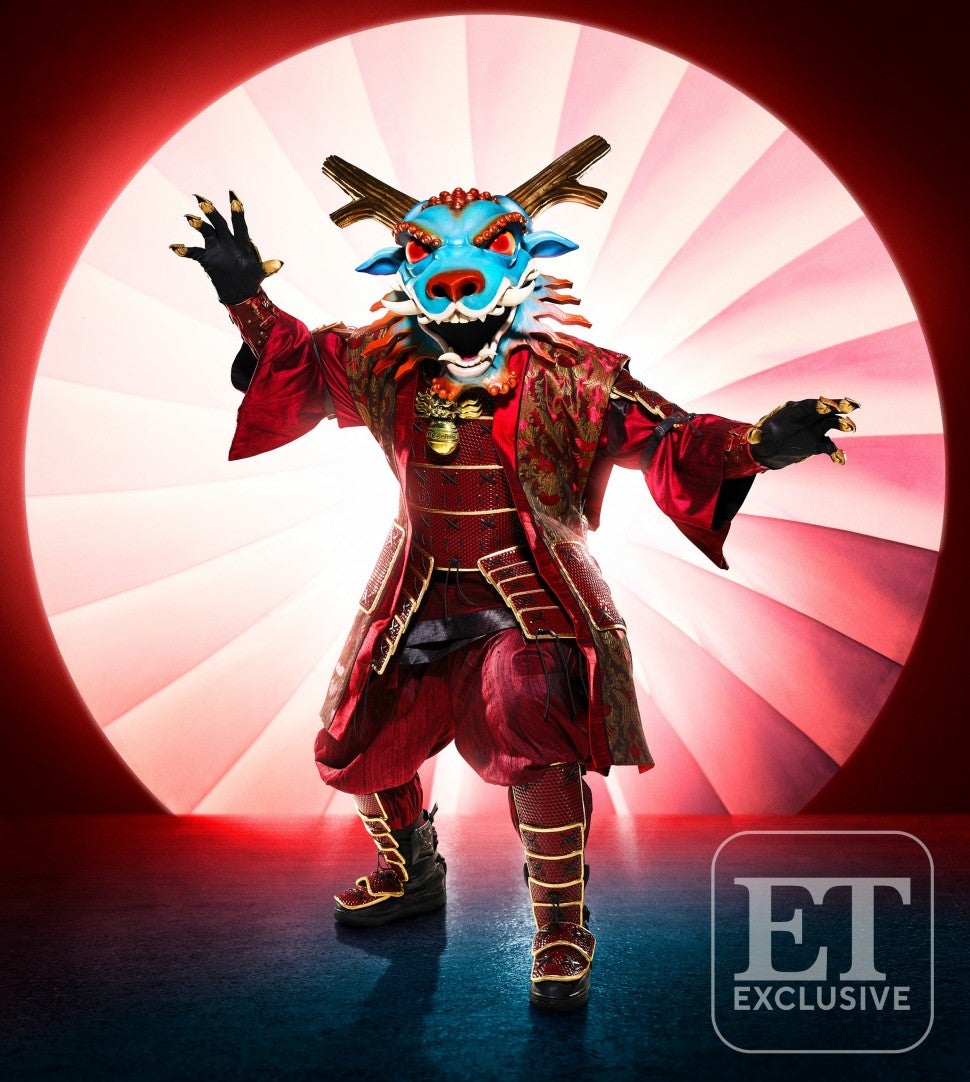 Panelists Ken Jeong, Nicole Scherzinger, Robin Thicke and Jenny McCarthy will all return for season 4, and host Nick Cannon will again be taking the stage as emcee.

While we’ll have to wait just a little bit longer for clues to the celebrity behind the Dragon mask, Fox shared that the celebrities competing this season “have sold more than 281 million records worldwide, appeared in more than 5,475 episodes of television and 151 films, appeared in five Super Bowls, have four stars on the Hollywood Walk of Fame.” One of them even appeared on Time‘s 100 Most Influential People list.

So, get those thinking caps on because we have another season of sleuthing to get to!

Watch the exclusive promo for the Dragon below.

To stay up to date on breaking TV news, sign up for ET’s daily newsletter.