The Office will go down in history as one of the most hilarious shows of all time. But. as funny as viewers found The Office, the cast often found it even funnier. One cast member who was constantly breaking character due to fits of giggles was John Krasinski, who famously played Jim Halpert. One only has to take a look at the bloopers to see just how often Krasinski was reduced to laugh attacks. 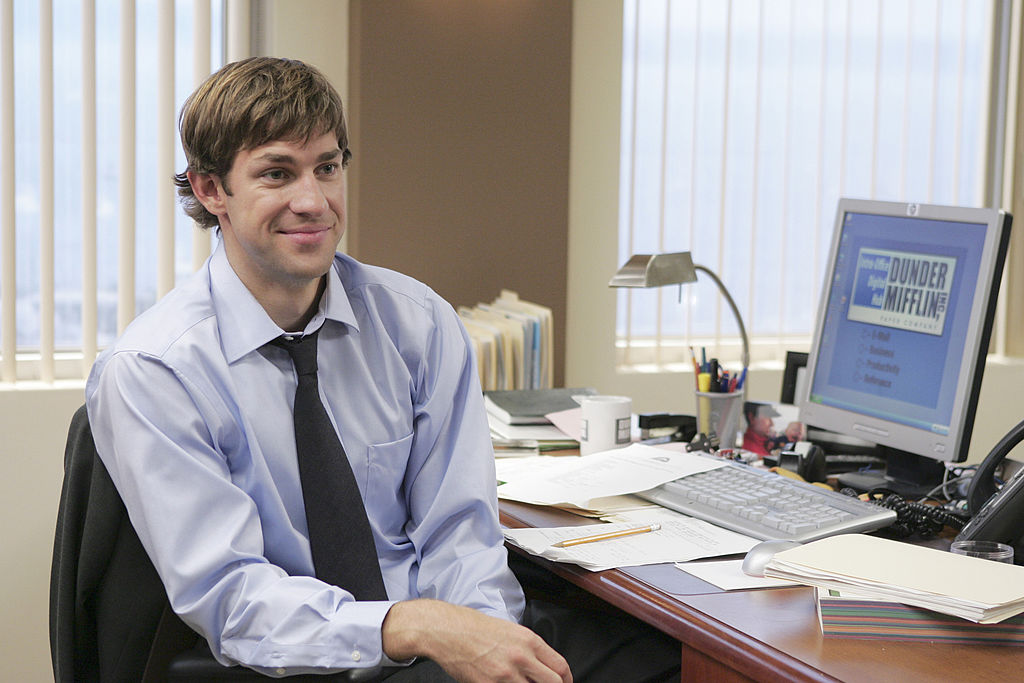 Krasinski’s former cast members remember one episode, in particular, where he continuously caught the giggles. That episode called “The Secret” came during season two of The Office. When Michael learns that he’s the only one that knows about Jim’s romantic feelings toward Pam, he struggles to keep it a secret. In true Michael fashion, he ends up inadvertently alerting the entire office.

‘The Office’ cast recalls the hilarity of “The Secret” episode

According to the Office Ladies podcast, Krasinski first caught the giggles when Micheal was trying to talk to Jim “in code” about Pam while Stanley was pondering on what to purchase from the vending machine. The hilarity continued when Michael put his foot up high on Jim’s desk in an effort to appear “casual and cool.” But, things really got funny for Krasinski during a conversation between Kevin and Creed.

“Jim has got it bad for Pam,” Kevin gossips to Creed in the kitchen. “Ohh,” Creed responds in a conspirational fashion. “Which one is Pam?” he questions. According to Angela Kinsey and Jenna Fischer (who played Angela and Pam in the cast), this line was Krasinski’s favorite in The Office. “This is John Krasinski’s favorite line of the entire series. He lost it when he saw it… when Creed says, ‘Which one is Pam?’” Fischer recalled.

The brilliance of Creed Bratton

But, just how did Bratton join the cast of The Office? He’d actually worked with Ken Kwapis (who directed the very first episode of The Office) on another show. “I heard he was doing the pilot for The Office and I had seen the Ricky Gervais version and I loved it. So, ballsy me, I called him right up. He was so nice, not put out at all. He was very gracious and said, ‘I’ll put you in the background. I’ll talk to Greg [Daniels, the producer], I think you’re a funny guy, and I’ll try to work you in,’ Bratton once shared in an interview with Backstage.

How Creed Bratton joined the cast of ‘The Office’

Once Bratton was on the show, he knew he needed to do something in order to stand out from the background. So, he wrote his own talking head and presented it to the producer. “I was there two weeks and saw so many talented people that I knew I had to make my own breaks. So I wrote a monologue based on what would happen if this rock star stayed addled and crazy and ended up selling paper. So I shot a talking head with my buddy and we edited it down to five minutes and gave it to Greg Daniels,” Bratton recalled. The rest was history and Bratton officially joined the cast of The Office. We’re sure Krasinski, and fans of the show, are so happy he did.

Read More Like This: ‘The Office’: Why Steve Carell’s Role in the Series Finale Was so Small