The One Show saw Alex Jones at the helm with her co-host for the week, Amol, as they brought BBC viewers more feel-good content. Those watching at home were given information about a special member of the community, Robbie, who was thanked in a wonderful segment this evening after Alex got involved, leaving those watching in tears.

Today’s show featured guests including James Blunt joining via video-link to discuss a wide range of topics as usual.

As always, the programme got members of the public involved and today featured a celebration of supermarket worker Robbie, who had thrilled locals with his efforts during the crisis.

Introducing what was to come, Alex told viewers how she had got involved in some mischief by taking over the tannoy of a Sainsbury’s store.

Viewers have been sending in details of people who have gone the extra mile during the coronavirus outbreak in recent weeks. 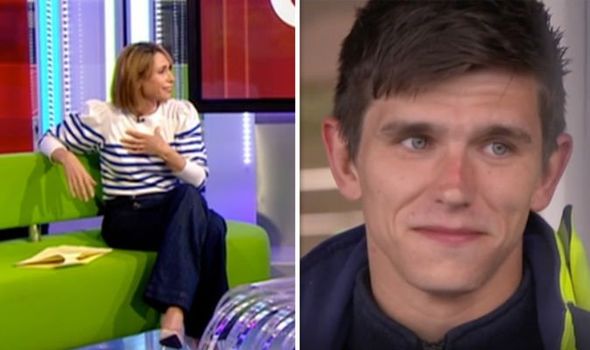 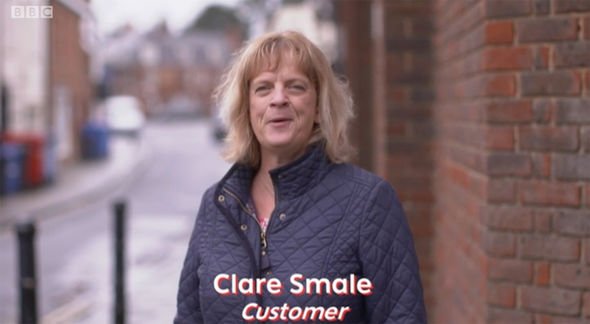 This was all leading to a big thank you to Sainsbury’s worker Robbie and her co-host told those at home a bit more about him.

Amol explained prior to the video-tape: “After losing the job he loved selling cruises, Robbie started manning the queue and sanitising the baskets and trollies at his local supermarket in Wiltshire.”

Alex added more information about why he was nominated: “In just a few weeks of working there, he’s made such a huge impression on customers.

“Telling jokes, playing games with them, even singing a song or two and here’s why he deserves his one big thank you,” she said. 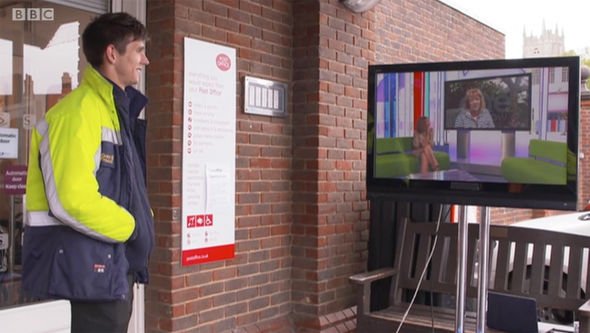 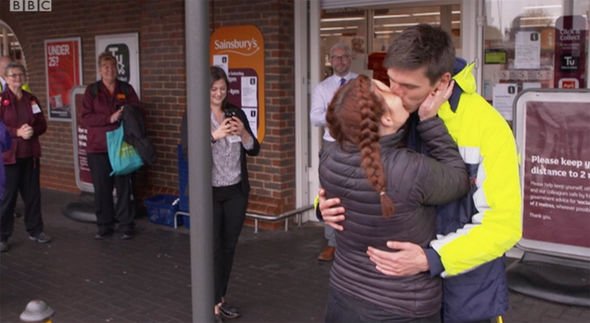 Robbie had been nominated by Clare Smale, who is a customer at the store he is working at, saying: “He just brings this amazing ray of sunshine.”

A montage of customers who had been impressed by Robbie’s nature featured and there were even some thank-yous from people closer to home.

His girlfriend Ellie joined in, telling the camera: “The only item on his agenda is to go out there and make people smile.”

Alex soon got involved and via the power of technology, started giving Robbie instructions through the store’s tannoy system.

He was tricked into believing it was training set by his boss Julian who had him going around the store following Alex’s commands.

However after she’d had her bit of fun, she revealed the truth to an oblivious Robbie and he was greeted to messages from his family and friends.

His colleagues also presented him with a few gifts where he was greeted by his girlfriend and he made a speech to say thank you for the gesture before returning back to the studio.

Alex became emotional after the segment admitting it was the first time she had seen it put together, holding her hand on her chest.

Viewers were also left tearful by Robbie’s story, with one saying on Twitter: “#theoneshow Awww emosh watching this.”

“#TheOneShow that was emotional. Well done Robbie and thank you for being amazing x,” said another.

A fourth commented: “Tearing up at #theoneshow thank you Robbie!”

The One Show airs weekdays at 7pm on BBC One.