Season 6 of the Bravo hit “Below Deck Med” premieres June 28 and captain Sandy Yawn and her crew will surely rock the yacht with drama.

Captain Sandy’s take-charge attitude is a hit with viewers, but her life wasn’t so peachy before Bravo fame, according to Vanity Fair. She was seen as “directionless” and “unemployable” when she dropped out of high school and spent time in “jails and institutions” for around eight years. She had never watched the show but took it as an opportunity to educate others about the yachting industry. “I love my life,” she said. “I don’t need [recognition] from people, because I’m really solid in who I am. I just felt like God was using me. I said, ‘Okay, dude, whatever you want me to do. I feel like you saved my life so many times, I’ve got to pay you back.'” 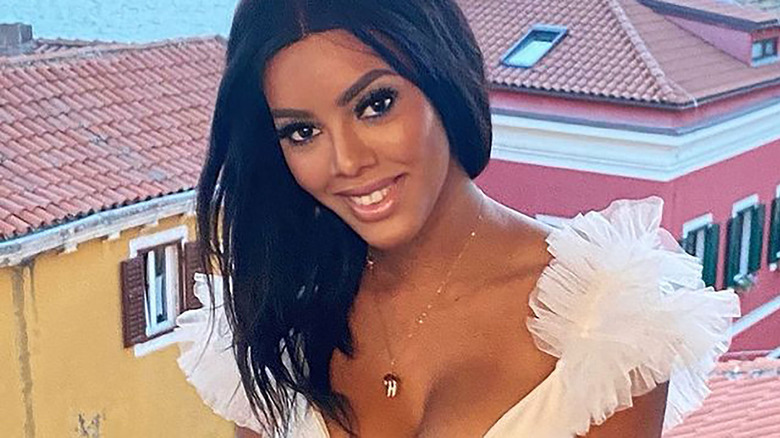 Lexi Wilson joins “Below Deck Med” Season 6 as Second Stew, according to Express.

Before reality TV came calling, Lexi left her native Bahamas for the United States on a track and field college scholarship, according to her Bravo bio. Lexi also worked her way through the pageant circuit and in 2013 represented the Bahamas in the Miss Universe pageant. Florida seemed to work out well for Lexi when she met a yacht captain who invited her to work on his boat. And the rest they say is history.

It seems Lexi will fit right in with the cast, as she appears to enjoy posing in front of sunsets and traveling to locations like Italy’s Amalfi Coast. We barely catch a glimpse of Lexi in the trailer, but when we do see her, it seems the drama is at an all-time high. “Hey mom, I’m quitting this boat,” she reportedly says. It’s not clear if Lexi leaves the boat, but she’ll definitely shake things up this season!