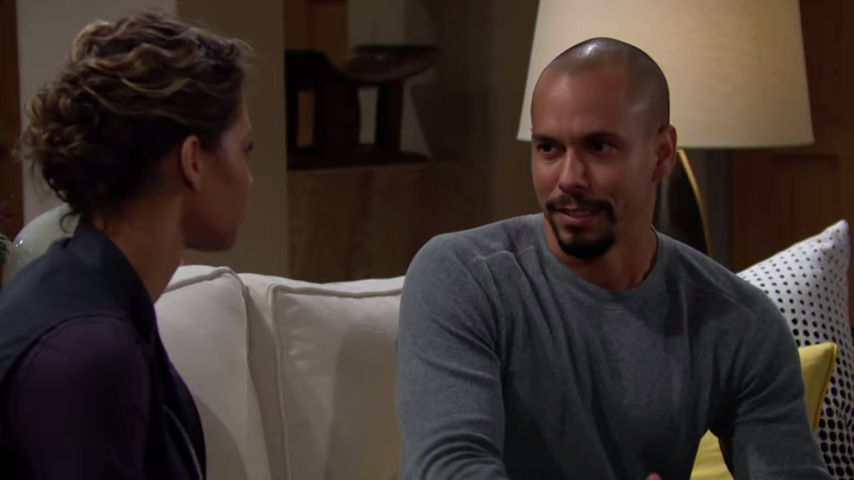 The Young and the Restless spoilers for the CBS show tease unlikely alliances are forming in Genoa City as one relationship faces its toughest test.

Family bonds are broken and new bonds form all in the name of doing the right thing. Lines are crossed, plans are set in motion, and the past can’t be escaped. It is the kind of drama fans have come to love about Y&R.

The Amanda and Hilary factor

There is no question the fallout of Amanda (Mishael Morgan) being Hilary’s (Mishael Morgan) twin will last for a while. Viewers saw the beginning of it last week as Amanda confided in Billy (Jason Thompson), and Elena (Brytni Sarpy) was hurt by Devon’s (Bryton James) words.

Sadly, for Devon and Elena, the trouble is just beginning. He didn’t trust her to understand how he was feeling about Amanda’s connection to Hilary. Even though Devon apologizes, Elena is worried the news is going to harm her relationship.

She is right, too. Spoilers tease Devon can’t stop thinking about Hilary. Will he let his past feelings for Hilary ruin his present with Elena?

Teaming up with the enemy

It only takes one common enemy for two unlikely allies to team up. Billy and Victoria (Amelia Heinle) are the latest foes to come together because they have one goal in mind. They both want to take down Adam (Mark Grossman).

Victoria comes to Billy with a juicy story about Adam stopping at nothing to try and kill Victor (Eric Braeden). She doesn’t name Adam or Victor in the preview video, but fans know exactly who she is talking about.

Billy is working an Adam angle that involves Alyssa (María DiDomenico), but the plan hits a snag. He is intrigued by what Victoria is telling him but needs to know more. It sounds like some Adam bombshells are going to be dropping in Genoa City soon.

While his sister plots against him, Adam’s number one priority is protecting his son. Adam informs Victor that with everything that is about to go down, it is best for Connor not to be around. Victor looks worried as his son tells him the news.

Oh, what a week it is going to be on the hit CBS daytime drama! Make sure to tune in daily, so not a moment of excitement is missed.

The Young and the Restless airs weekdays on CBS.