THIS Morning chef Nisha Katona has revealed her cousins has died of coronavirus as India battles a devastating second wave.

The 49-year-old ITV presenter revealed the tragic family death as she discussed the "abject fear" the people of India are facing. 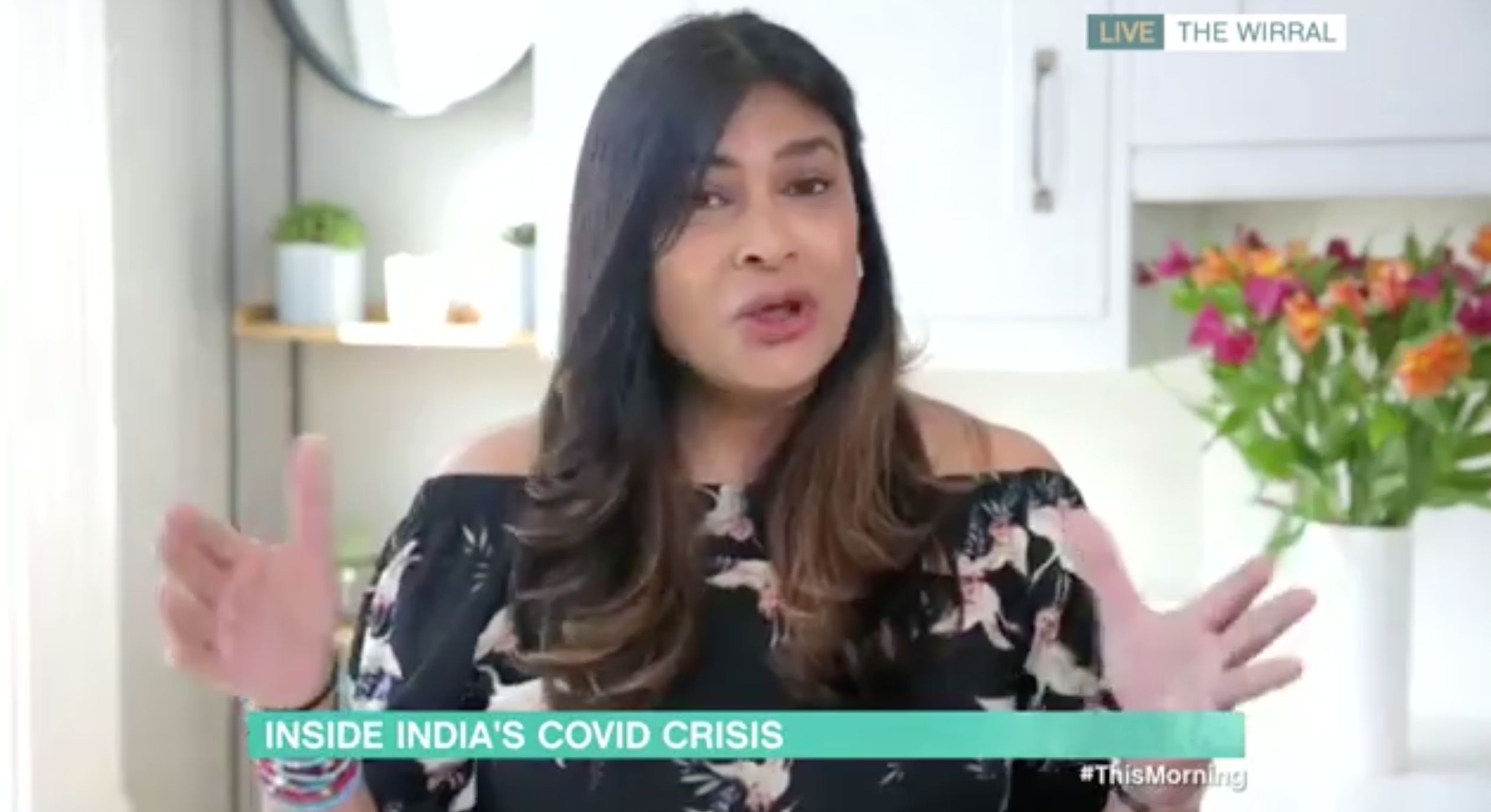 Speaking to hosts Holly Willoughby and Phillip Schofield, Nisha was welcomed on This Morning via video link from her home in the Wirral.

Phillip introduced the harrowing segment as a series of photos and videos of the devastation in India littered the screen.

"We have all been shocked by the pictures coming from India over the last few days," he began. "They're currently facing the world's worst coronavirus outbreak since the start of the pandemic."

Holly chimed in to explain how 18million cases have now been registered across the country, with a death toll over 200,000 people. 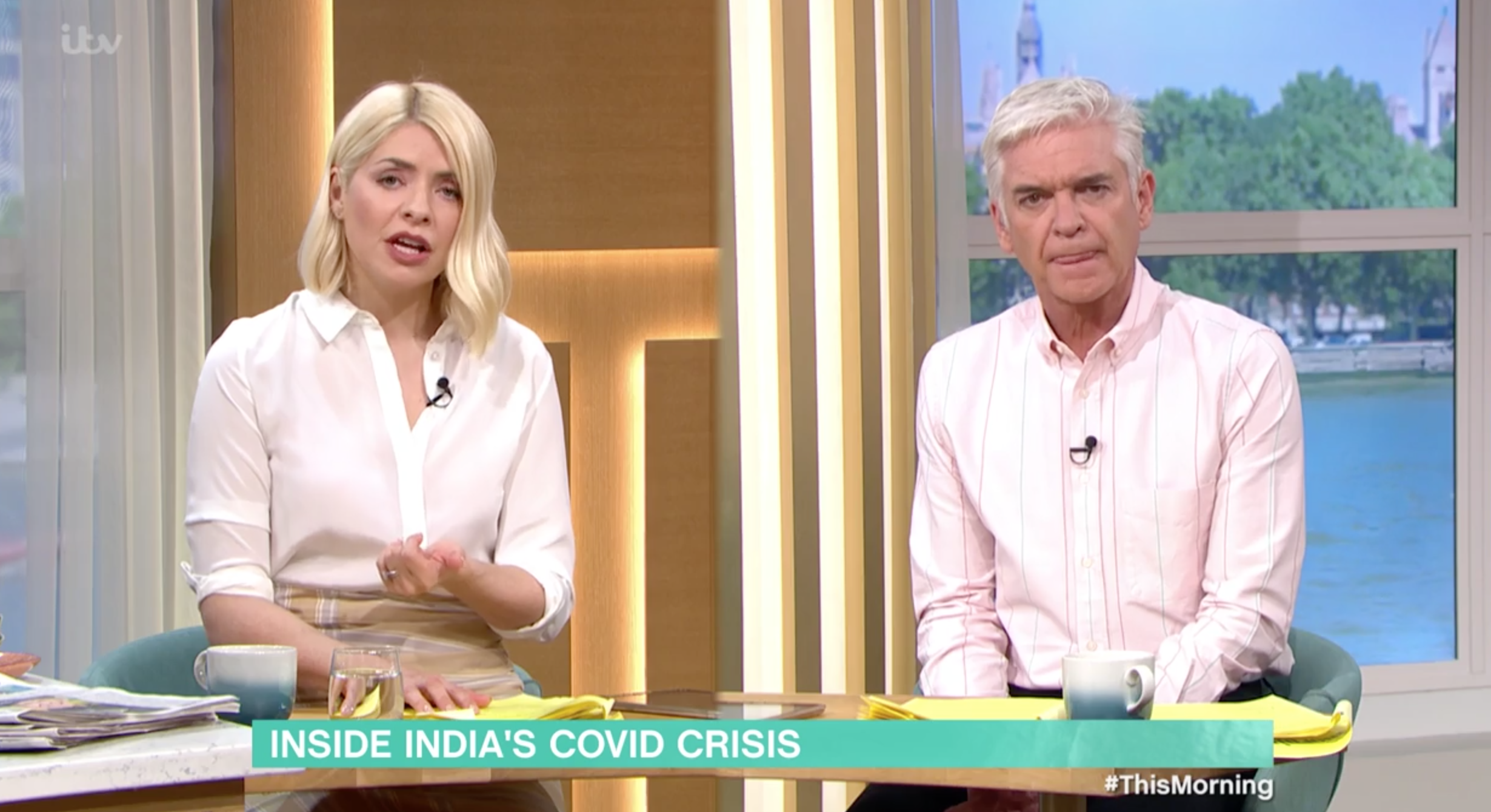 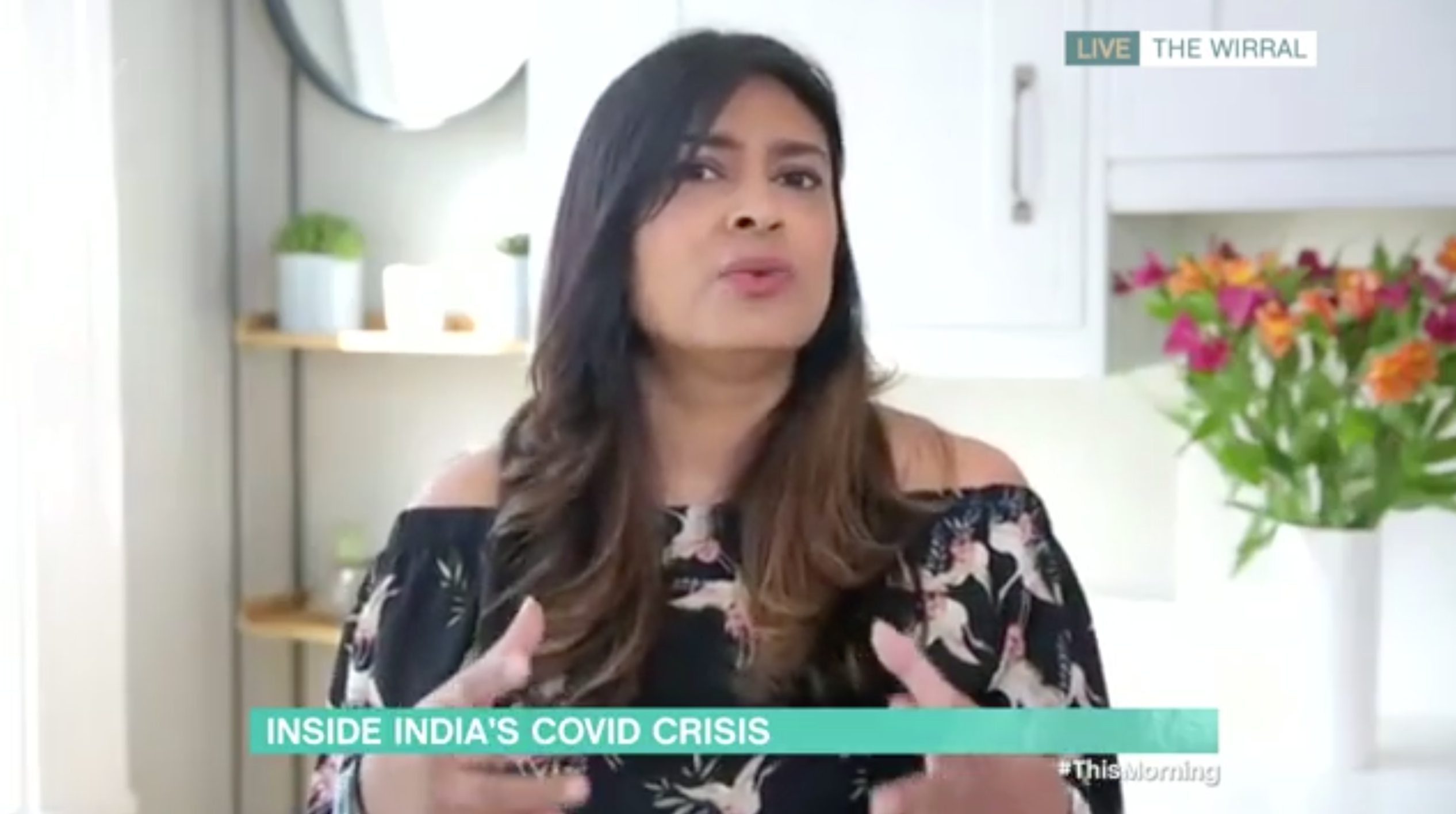 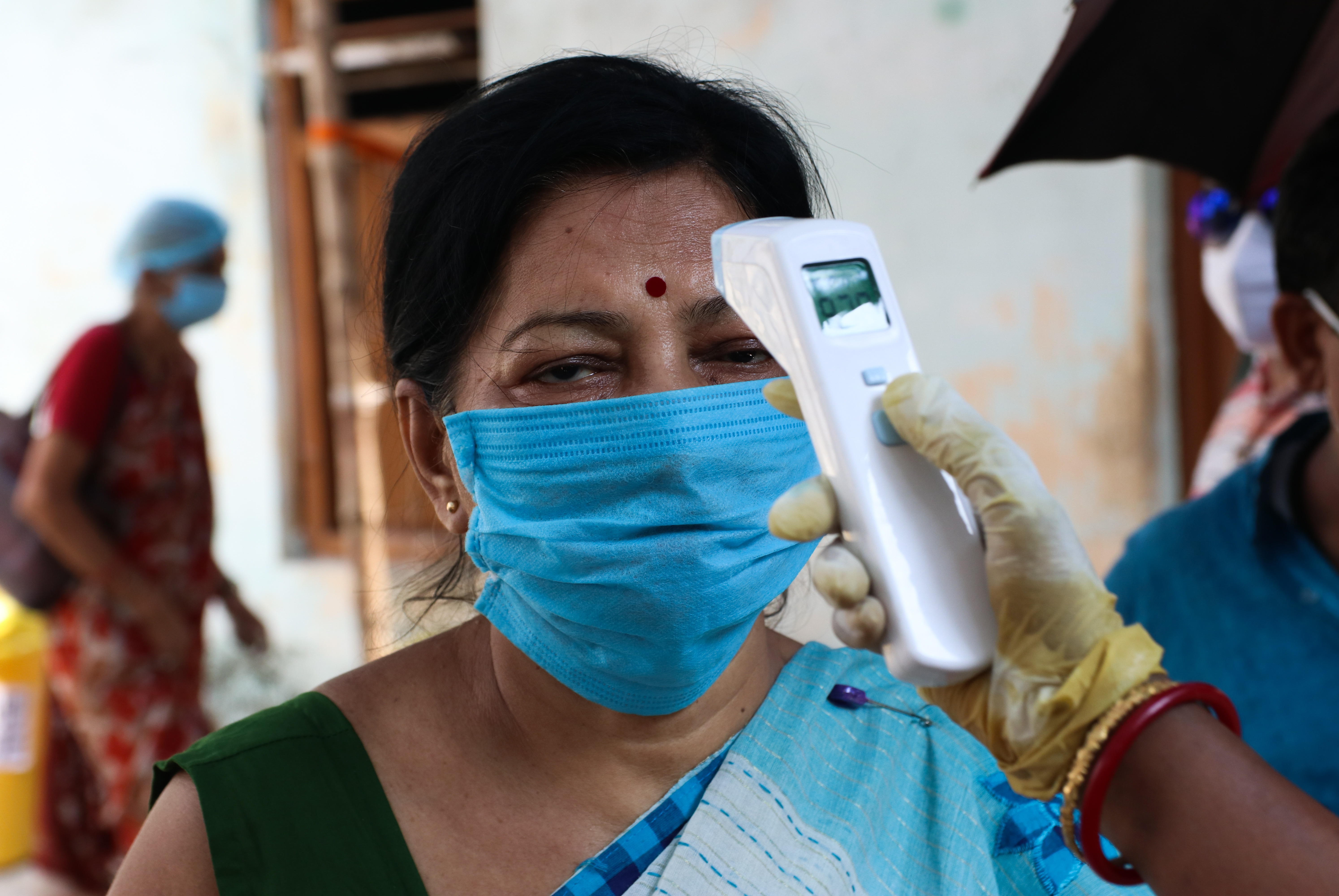 The star asked chef Nisha what it had been like for her family, who are based in northern Indian city of Varanasi.

"It's only me, my mum, my brother and my auntie over here," Nisha explained. "Sadly we lost my cousin about three or four days ago.

"The feeling there in a domestic sense is just completely apocalyptic – and on the streets there is abject fear.

"So my house in Varanasi, we don't have glass in the windows. We don't have these sealed units, the doors and windows are open to the elements. 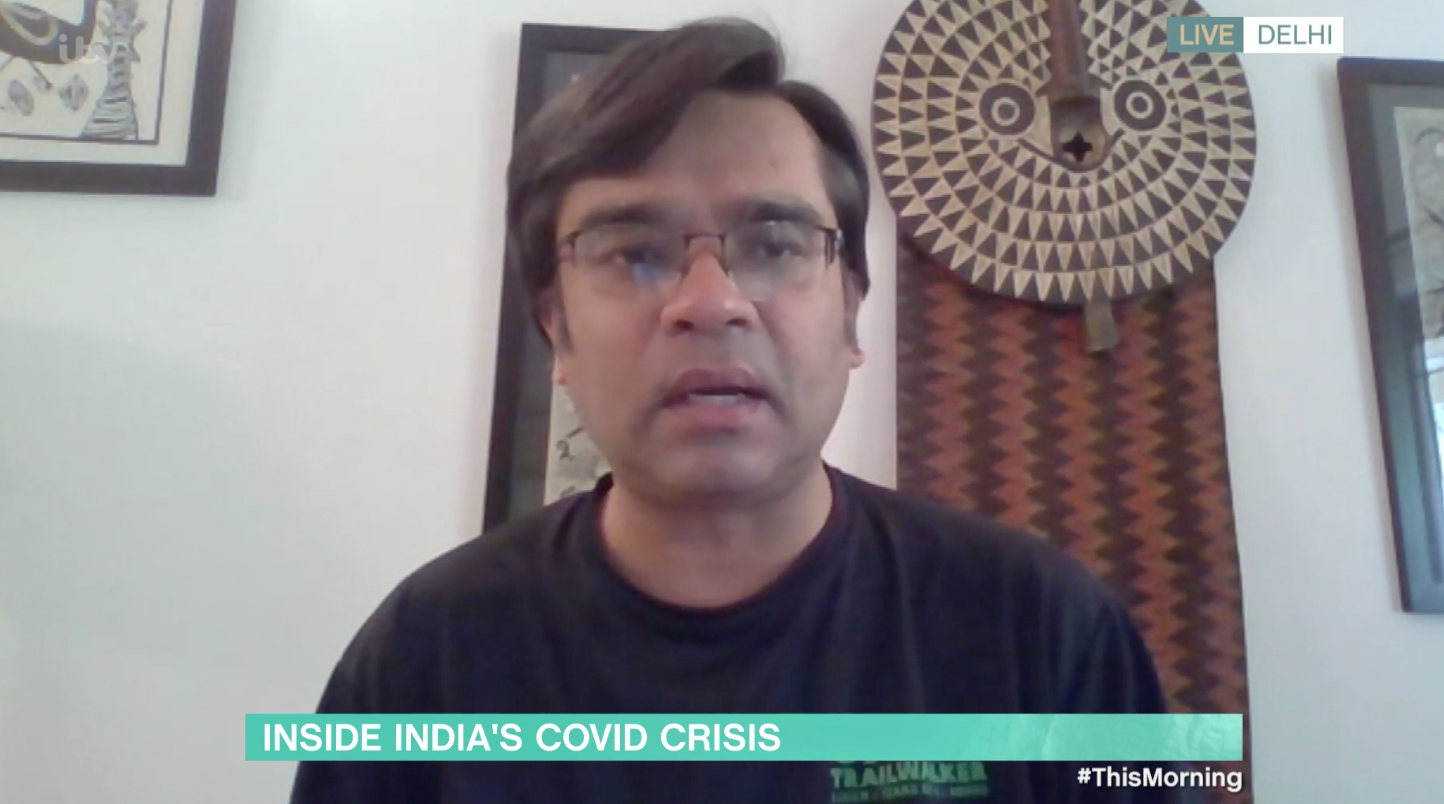 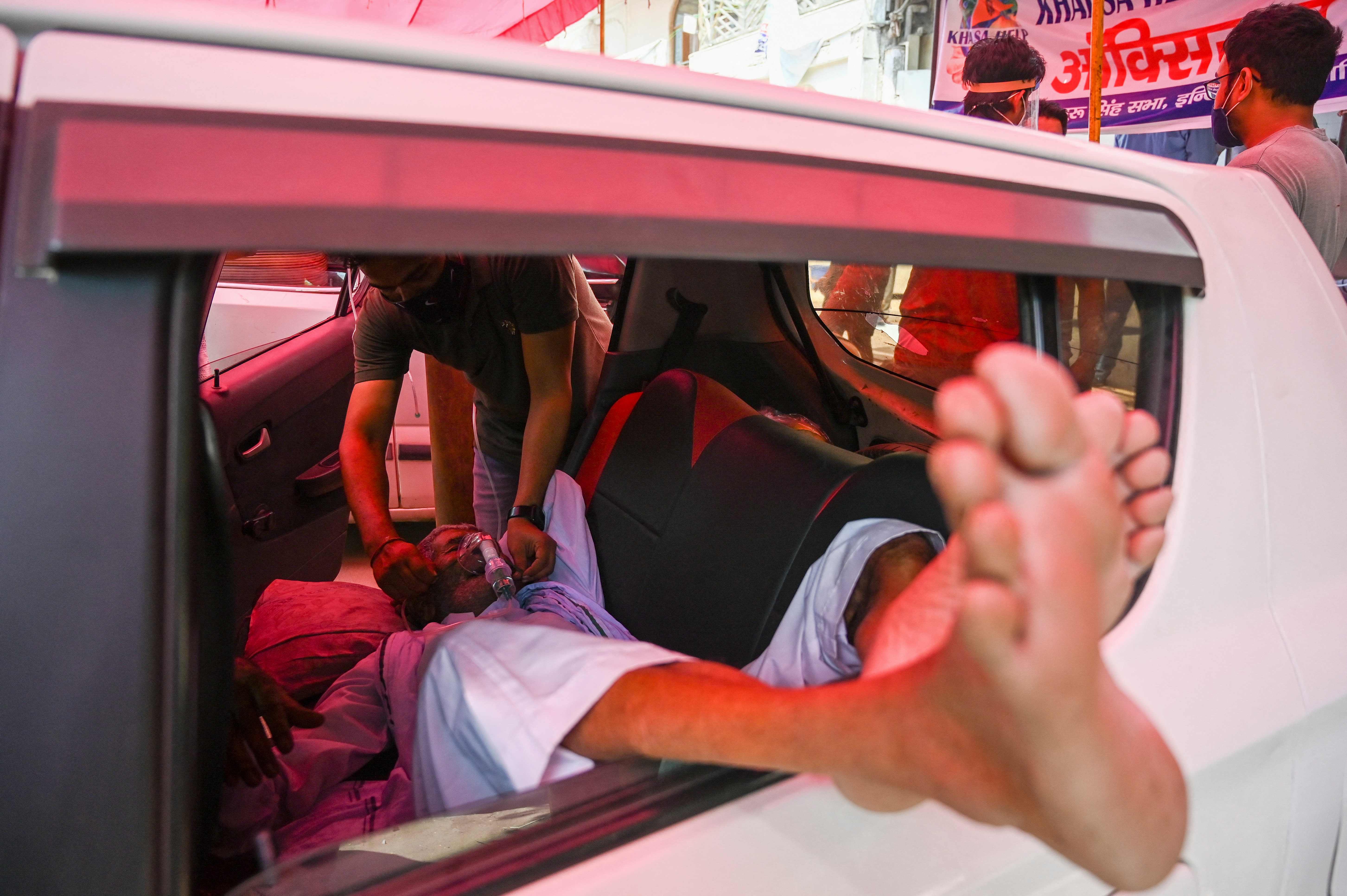 "You can't lock down like you can here, there is life at every level on the street of India – we're talking about a billion people.

"Even just trying to protect yourself from this virus in that environment, can you imagine how impossible it is? There's an absolute sense of powerlessness."

India's Oxfam representative Amitabh Behar also joined them live via video link from his home in Delhi to discuss the harrowing scenes.

"It's really an absolutely unprecedented crisis," he told viewers, revealing he too was recovering from coronavirus at home. 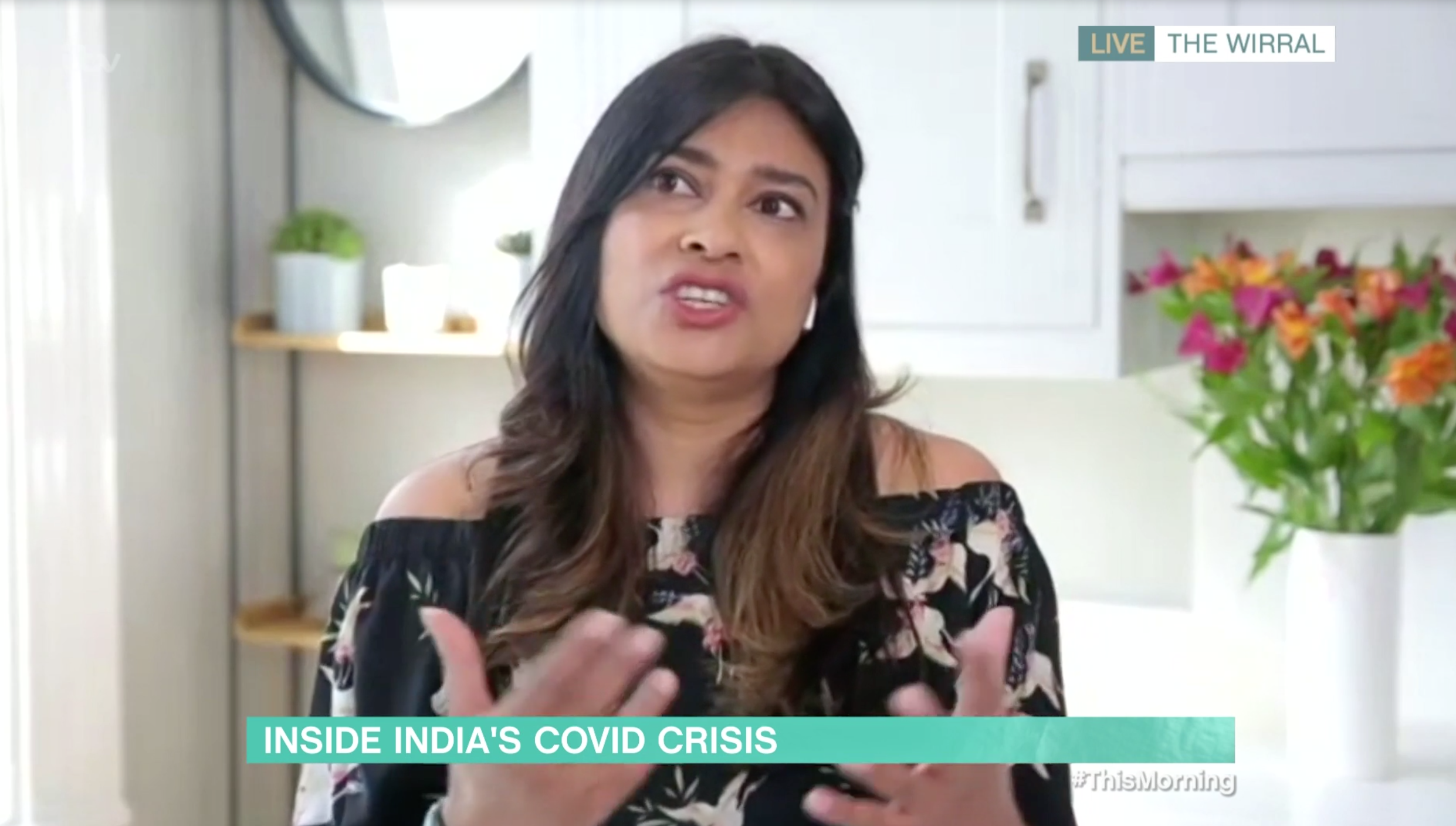 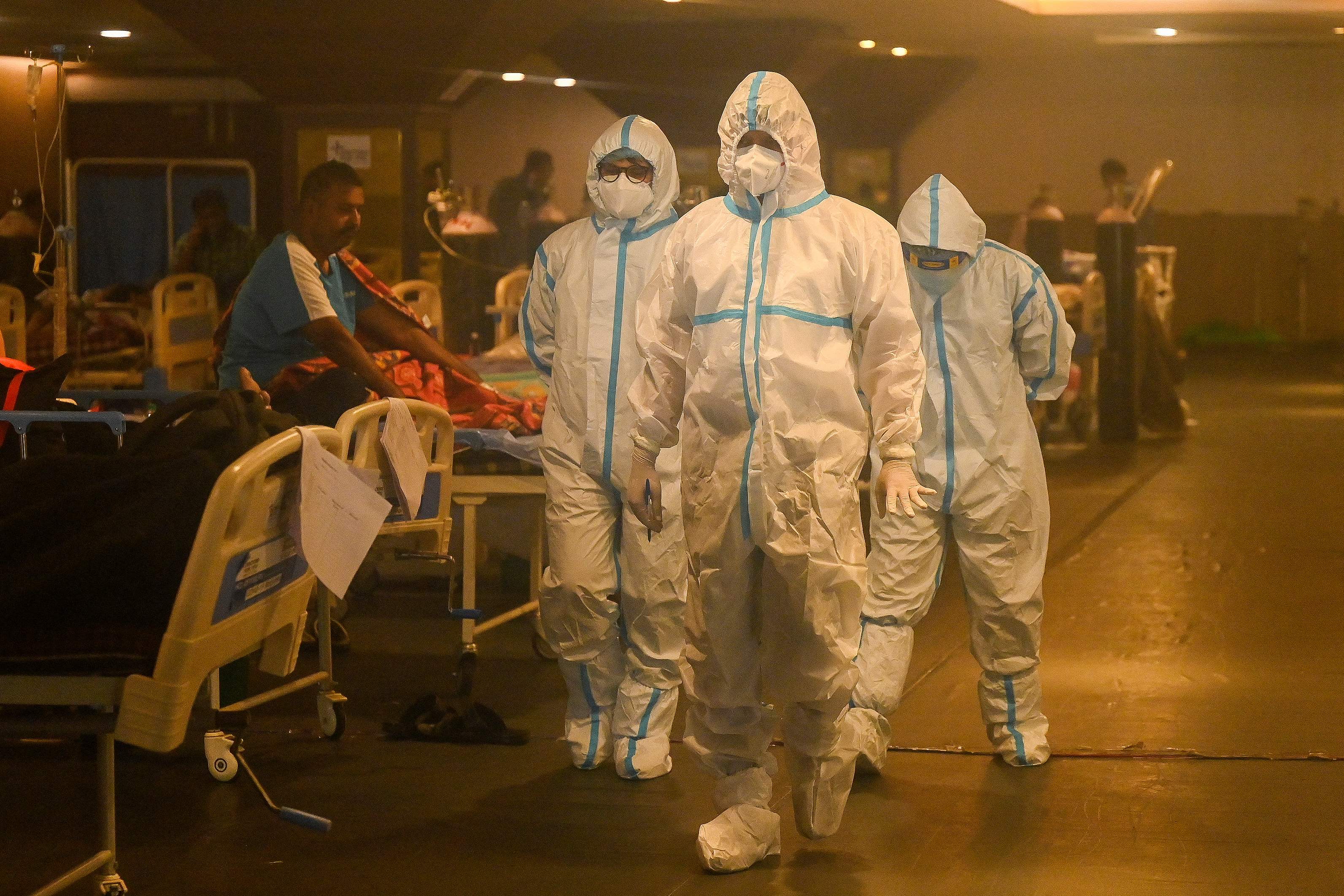 "The system is collapsing. What we are seeing is the country is literally gasping for oxygen. It's devastating and heart-wrenching."

It comes as India battled a devastating second wave of Covid-19, seeing people die in the street due to a collapsed health system and a lack of oxygen supplies.

The latest wave of the virus in the populous nation has been described as the world's worst outbreak yet – with data showing 352,991 new daily cases on Monday, April 26, pushing the infection total past 17 million.

The country of 1.5billion people made it through the first wave of the pandemic when it went into a strict lockdown between March 25 and May 31, 2020. 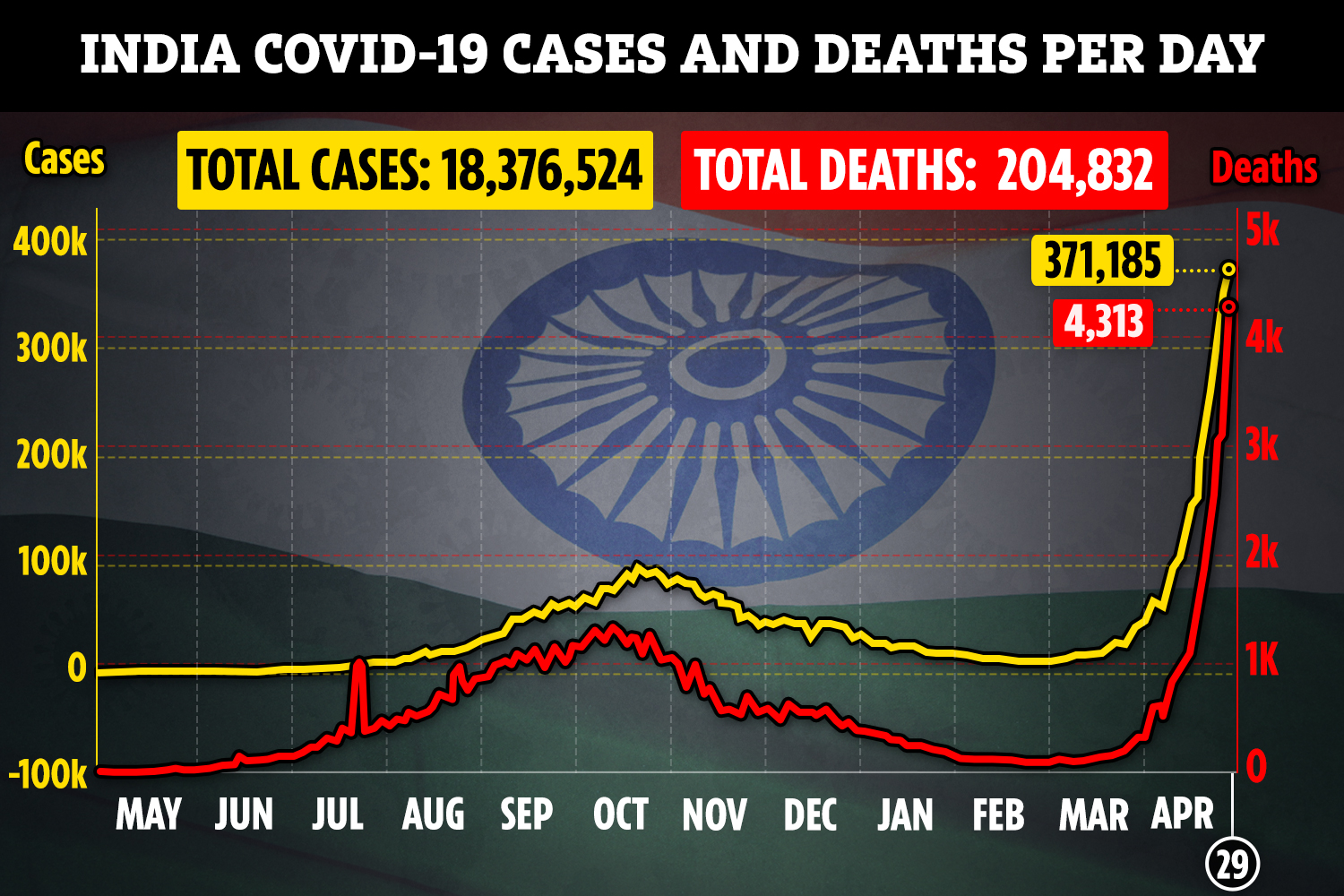 India’s battle with a devastating second wave of Covid-19 began earlier this year as two new strains of the virus hit the country.

After the lockdown was lifted, the country was hit by a wave of infections but hospitals were not overwhelmed and so people were allowed to proceed with everyday life.

In March, India was declared reopen with cricket matches and massive religious festivals, all largely maskless, going ahead.

Now, an outbreak is seeing virus victims hurling themselves off buildings as oxygen supplies and beds have run out at many hospitals.

The British government have sent 600 pieces of medical kit to India to help with the surge as Boris Johnson vowed to "stand side by side" with India.

Meanwhile in the UK, England's deputy chief medical officer has suggested "we are at or close to the bottom" of the pandemic in the UK.

Professor Jonathan Van-Tam said the numbers of people testing positive for Covid-19 were "in very low levels" and comparable to September last year.

Looking ahead, he said vaccines could reduce a third wave of the virus, making it a "third upsurge" instead, but said it was "inconceivable" that there will not be further bumps in the road.

It comes as it was announced an extra 60 million doses of the Pfizer/BioNTech coronavirus jab have been secured for a booster vaccination programme in the autumn.